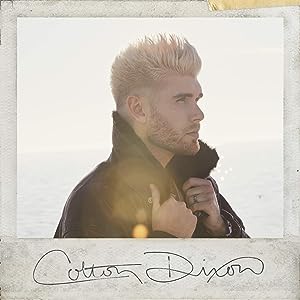 Colton Dixon is practically a mainstay within the CCM scene nowadays. Since his burst into music after his American Idol exit all those years ago, alongside chart-topping songs like ‘You Are’, ‘Never Gone’ and ‘More of You’, Colton’s exposure to the industry has come alongside maturity. Even in his most recent full-length 2017 album Identity that birthed the singles ‘All That Matters’, ‘I Would Choose You’, ‘No Greater Love’ and ‘The Other Side’, Colton delivered arguably what I believe was one of 2017’s best, in either CCM or mainstream. Using the same platform as many artists- American Idol, from artists like Carrie Underwood, Danny Gokey, Mandisa, and Jason Castro, to Daughtry, Kelly Clarkson and Kris Allen; to start a career in music; Colton’s unexpected exit from American Idol was more of a blessing in disguise. Signing a record deal with Sparrow Records (and subsequent leaving), and 3 albums later, Colton, alongside Mandisa, has been one of the most successful and greatest finds, out of anyone who has moved from American Idol to Christian music, ever. Now in 2020, Colton is back at it again, this time moving from Sparrow Records to Atlantic/Hear It Loud, and offering a self-titled EP release, on May 15th 2020, his first musical offering in around 3 years. How does this 5 track EP compare to chart-topping singles of the past, like ‘Limitless’, ‘Echo’ and ‘Through All Of It’? Would you be following Colton on his musical journey into the avenues of a different label as the months progress?

Opening up with the song ‘Miracles’, this track was co-written with songwriter Michael Jade and the late busbee (who collaborated with Colton on his chart-topping single ‘You Are’ back in the day). The song itself isn’t necessarily an ingenious or even ‘new’ song title- plenty of other songs, like ‘Miracles’ (Jesus Culture), ‘Miracles’ (Audio Adrenaline), ‘Miracles’ (Jesus Culture), ‘He Sill Does (Miracles)’ (Hawk Nelson) and ‘Miracles’ (Newsboys) are just some of many, many more songs with the same title as Colton’s, and a similar theme too…so how does Colton’s new song stand out? I guess the driving force behind the song is that it’s collaborated with busbee, a very popular producer in the mainstream industry till his untimely death a few years ago. And so for his name to be promethously attached to this song will at least cause intrigue and interest in such a song that I’m sure will cross over into mainstream, definitely this year. A song about the little miracles in life, and acknowledging that there is more out there than just mere coincidence and luck, Colton himself expresses his own thoughts on the song- ‘…‘Miracles’ is a song that has meaning and depth, but it just feels fun musically. Some things are more than coincidence. I believe there is a God who loves you and looking out for you. I’m pointing out to others that there’s more to life than meets the eye. I believe miracles happen all around us. I’d like to encourage all of us to slow down a bit, so we can see and appreciate the miracles for what they are…’; as we’re reminded that the miracles of God are often the littlest things around us, things we may often brush off as coincidence or luck. Nevertheless, God’s miracles in our own lives gives us hope for the future, that what has been done that has been unfathomable, in the past, can still be done in the future.

Throughout the rest of the EP, Colton delivers powerful themes of hope and encouragement as this American Idol alum’s first offering in more than 3 years, is by far one of his best. ‘Devil Is a Liar’ is one of my favourite songs that has been created that places the devil in his spot- this type of song is called ‘devil-shaming’, a song that reminds us all that the devil, as real as he is, has no power over us- he’s a liar, a thief, a robber, and someone that steals our joy. But having a song that is indeed a ‘devil-shamer’ is nothing new- songs like ‘Satan Bite the Dust’ (Carman), ‘Define Me’ (Jonny Diaz), ‘Fear is a Liar’ (Zach Williams) and ‘Run Devil Run’ (Crowder) all are songs that speak about what the devil is in relation to who we are in Christ, and thus, Colton’s song is still just another added to the pool of songs about this topic. Nevertheless, ‘Devil is a Liar’ is as much needed for us in society, as it is a cool song with a great beat- with looping percussion, Colton powerfully asserts that ‘…the devil is a liar, says he can give you everything that you desire, everything you want but you’d be playin’ with the fire, so don’t believe the lie, it comes at a price…’ ‘Wanderer’ starts off with an eclectic acoustic guitar pick and Colton himself half-rapping half-singing as this track gives us a great reminder to move wherever the spirit leads- hence declaring ourselves to be wanderers, never staying in one spot for too long because we’re always on the lookout as to where we believe God Himself is moving us to and where He wants us to be; while ‘Can’t Quit You’ is a light guitar melody that showcases Colton delivering this modern love song to his wife, as we’re reminded through his admission about his personal situations, that more often than not, it is understood that the greatest of relationships hit snags and aren’t immune to struggles like the rest of us. Regardless of issues, Colton encourages us to never quit the relationships we’re in for the long run, encouraging us through the chorus words, that ‘…I’d say it’s easy for me to quit most things, but I can’t quit You, I could give it up and go my own way, but I can’t follow through, every time I think about us, think about the reasons why, I know it’s time for giving up on giving up, I gotta try, I’d say it’s easy for me to quit most things, but I can’t quit You…’ The EP then ends with ‘Not Goodbye’, an anthem that is rousing and declaratory, and is a ‘The Other Side’ Pt. 2- with the song on 2017’s Identity being a sobre and tranquil melody, this track on Colton’s self-titled is one of power and jovialness, as we’re remidned that the ones that have gone before us are often never gone, if they are a believer in Christ- we’ll see them again in heaven- thus this song is called ‘not goodbye’, as we’re given hope that in a little while, we’ll be reunited with the people who have graced our lives with dignity, lovingness and an adoration to God that is worth chasing after and emulating!

Colton is perhaps one of today’s most encouraging and uplifting CCM artists at the moment. Maybe not necessarily the most popular (leave that to artists like UNITED, Chris Tomlin, Kari Jobe, Lecrae etc…you know the picture), but that I’m sure doesn’t matter to Colton. His self-titled brand-new EP has been a long time coming, but for an avid fan of Colton and a reviewer as well, the wait is well worth it- a lot of acoustical musical styles blended through with electronic music, Colton’s songs have been nothing but thought-provoking and heartfelt, especially during a time where some reflection and introspection is needed. This is a project that’s certain to have a few more repetitious spins from myself as the months continue to tick along; and is a must-have for anyone who loves similar artists like Tenth Avenue North or For KING AND COUNTRY. An artist that has continued to move from strength to strength with every passing album, this is a certain purchase to tie us over to a possible full-length album (whenever that may be) as a follow-up to this impactful and compelling EP. Well done Colton for these 5 songs, looking forward to more songs that could lead to another album/EP, sometime in the future!

3 songs to listen to: Miracles, Wanderer, Not Goodbye