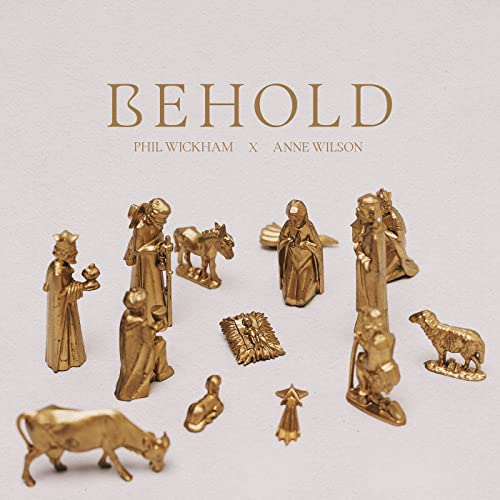 Phil Wickham has always been one of my favourite worship artists, over the past decade or so. Since 2003 when he unveiled his debut album Give You the World, Phil has given to us powerful singles after powerful singles- ‘Grace’, ‘Divine Romance’, ‘After Your Heart’, ‘Safe’, ‘I’ll Always Love You’, ‘At Your Name’, ‘This is Amazing Grace’, ‘Glory’, ‘Living Hope’, ‘My All In All’, ‘Your Love Awakens Me’ and ‘Till I Found You’, to name a few. In a general sense, Phil has always had a knack at giving to us, great albums, period. From albums like his most recent full length studio album, 2021’s Hymn of Heaven (alongside 2022’s Hymn of Heaven (Acoustic), an acoustic re-recording of Phil’s powerful 2021 album), to the album that got me into the fandom, Response, as well as his chart-topping The Ascension and 2018’s Living Hope, Phil’s powerful and distinct voice cuts through all the cookie-cutter CCM that seems to seep through; and brings it home to be a reminder that great music artists still exist within the realms of CCM.

Quite possibly one of my favourite worship artists of all time, alongside others like Meredith Andrews, Paul Baloche, Christy Nockels, Tim Hughes and Chris Tomlin; Phil Wickham has continued to impress with every album that releases, and as the years go by, we see a sound that has been refined and matured as Phil delivers songs that are as poignant as they are seemingly out-of-the-box musically and hence, in some ways, underappreciated in the scope and realm of worship music as a whole. While artists like Chris Tomlin, Hillsong (all its facets), Jesus Culture and Bethel Music are the most popular at the moment; it is nice for Phil to come along and inject some kind of life and vitality into the worship music genre. Not that the worship music genre is a bit of a drag, yet sometimes, it needs someone to come to present to us a new kind of how worship music can be portrayed…and Phil Wickham has done just that throughout his career. In 2021, Phil came along and released Hymn of Heaven, an album that bore the hits ‘House of the Lord’, ‘Battle Belongs’, ‘It’s Always Been You’ and more recently ‘1000 Names’, that was recently recorded again by Sean Curran (one of the writers of said song). In mid-2022, Phil unveiled a duet between himself, and Chandler Moore (of Maverick City Music) titled ‘Worthy of My Song’, one of my very own personal favourite songs of 2022 thus far.

And now heading into the festive Christmas seasons, Phil is once again at it, this time delivering a duet with up-and-coming CCM/country artist Anne Wilson. ‘Behold’, released in September 2022, is one of my favourite originally-written Christmas songs of the season thus far, alongside Evan Craft’s ‘Someone Like Me’. A worshipful tune to remind us of the meaning of Christmas and allow us to worship alongside both him and Anne as we see a Christmas-like reworking of ‘O Come Let Us Adore Him’ (which is in turn, a refrain and worship rendition of ‘O Come All Ye Faithful’); Phil’s new song is a must-listen, especially if you’ve enjoyed Phil’s previous music (like myself), if you love all things Christmas music, or both. As said by Phil himself, ‘…what a joy it is to release my new Christmas single ‘BEHOLD’. I love how this song balances both new and familiar Christmas lyrics, and I can’t wait to sing this one with the church…I wrote ‘BEHOLD’ last Christmas season, and I knew that I wanted someone to join me in singing it. When I heard her song on the radio, “My Jesus,” I knew I had to have Anne sing with me. Thanks to the very talented Anne Wilson for joining me on it. It is going to be so special to do these Christmas shows with her. They are going to be powerful…’ ‘Behold’ is a great song full of Biblical truth and lyrical richness, as this song further concludes my own personal love for originally written Christmas songs, much more so, than holiday tunes or even Biblically grounded Christmas carols, even. Nevertheless, ‘Behold’ continues to remind us of how much of a powerful singer-songwriter Phil himself is, as he continues to assert himself to become a great worship artist alternative, for anyone who wants to listen to something else, other than Bethel, Elevation Worship or Hillsong. Well done Phil for such a powerful worship Christmas single. Maybe another Christmas album down the road in the near future?