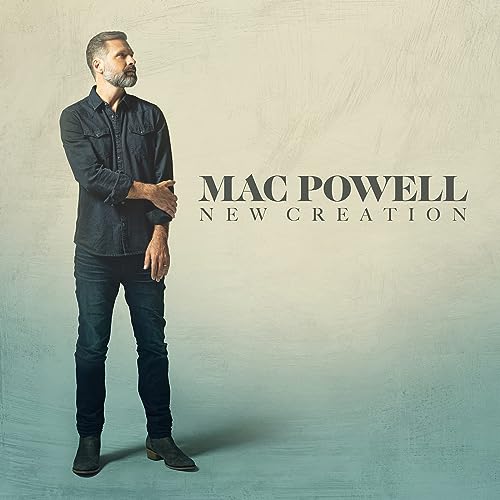 Third Day has made a big impact on Christian music, period. While Mac Powell and co. narrowly missed out on the list of the top 100 impactful and influential artists in modern music history (of which my brother and I are steadily working through this blog series), Third Day have still managed to carve a career of radio hits and chart-topping songs that have spanned the years of 1996 – 2017, with songs like ‘Your Love Oh Lord, ‘Alien’, ‘King of Glory’, ‘Consuming Fire’, ‘Show Me Your Glory’, ‘Come Together’, ‘Come On Back to Me’, ‘Cry Out to Jesus’, ‘Revelation’, ‘Children Of God’, ‘Trust in Jesus’, ‘Your Love is Like a River’, ‘Victorious’, ‘Your Words’ and ‘Revival’ (to name a few), that have impacted millions of people around the world for around 20 years or so, myself included.

While it can be a bit weird when a band who’s been together for a long time, decides to break up; people do in fact ‘move on’ in some regard. Just like how lead singer of Delirious?, Martin Smith decided to pursue a solo career after the band of Delirious? ended in 2009; so too has Mac Powell decided to forge a new career after the disbandedment of Third Day around four years ago. While Mac Powell himself has toyed with a country music career with his moniker Mac Powell and the Family Reunion for some time now (Back Again in 2019, December in 2018), it is in 2021 where Mac decided to unveil his ‘debut’ solo CCM album. Released just this past Friday, New Creation is Mac’s first full-length post-Third Day CCM album, and while at ten tracks, it does seem a tad on the short side, what the album has going for it, is a whole bout of nostalgia- anyone who has ever been a fan of Third Day will love most (if not, some) of the album, or anyone who is just a fan of 1990s and 2000s CCM in general.

Let me just say this as a preface to this ‘review’…this is not really a review. I mean, it is, in that I write my own thoughts about Mac’s new album. But it’s not a review in a sense that I won’t necessarily go into depth, analysing songs and lyrics like how I’ve reviewed albums in the past. Maybe it’s because I realise that my reviews previously are a little too travelogue-ish; or maybe it’s because I want to change up my reviewing style. Whatever the case, I’m sure you can read other reviews of Mac Powell’s New Creation, from publications like JesusFreakHideout, or read the press release of his new album over at TheChristianBeat.com. In terms of me writing a review about this album, let me just say this. While I love Mac and his music with Third Day, it seems like this album doesn’t have the rock sound that carried Third Day throughout much of their career. Nothing really wrong with Mac’s country/folk/acoustic vibe that is presented in New Creation, but if you’re really expecting to hear songs akin to ‘Tunnel’, ‘Soul On Fire’ or ‘I Can Feel It’; then you will probably be bitterly disappointed.

I personally love and appreciate New Creation– it’s not a 5 star, but nevertheless a solid 4…and a reminder that Mac doesn’t have to create rock music throughout his whole, entire life. Yes, he may have been the frontman of Third Day, and yes, he still has a distinct voice, but that doesn’t mean that New Creation should be created within the genre of rock, not at all. In fact, I’m glad that New Creation sounds nothing like the early Third Day stuff, nor does it really sound like the latest Third Day album Revival. What this album does sound like is this- a solid southern gospel/country/folk/worship album, and an album that I can certainly get behind. Yes, all of the songs are tad on the shorter side, but that’s neither here nor there. And yes, these songs don’t necessarily hold a candle to the songs Mac has recorded with Third Day. And that’s ok. I don’t think the songs on New Creation are supposed to.

What I do know is this- Mac has created his first solo CCM album, and with songs like the lead single ‘River of Life’, the autobiographical ‘1991’, the promotional single ‘The Centre of it All’ and the duet with Matt Maher, ‘Baptised’; this is a no-brainer for anyone who misses Mac’s voice, and wants to see Third Day’s lead singer in a capacity where he creates his first Christian album post-Third Day. People will have mixed feelings about New Creation– some will welcome this tonal, stylistic, and thematic shift, while others may still long for the things of Third Day; and will bypass this album altogether. Where New Creation plays it right, is when Mac does what he does best- songs that represent his own faith deep down, presented with a backdrop of stripped-back instrumentation to showcase a side of him that isn’t necessarily Third Day, but still representive of what Third Day stood for, spiritually. Yes, it may take some time (and a few listens from start to finish) to enjoy this album fully, but once we do, we can realise and understand that this is Mac Powell’s music career Part 2, and maybe, just maybe, there could be another 10 + years in him yet. Well done Mac, for this album, that is familiar but different. Looking forward to see how the Lord uses this album in the upcoming weeks and months ahead!