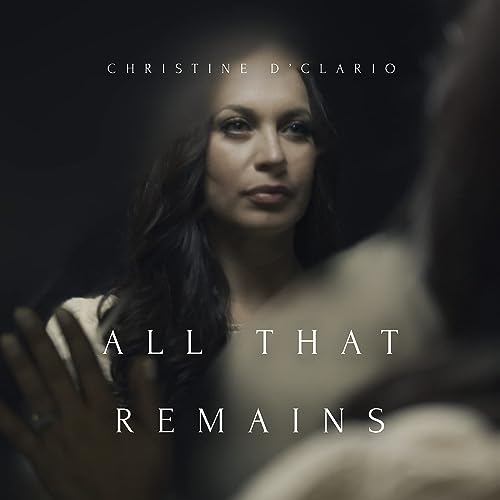 Produced by Paul Mabury, mixed by Dustin Burnett, and containing worship covers from Israel Houghton, Daniel Bashta and Desperation Band; Spanish recording artist Christine D’Clario’s debut English album on Integrity Music is a joy and a pleasure to listen to. A true worshipper at heart, Christine holds nothing back in this album worthy of a Dove Nomination. I didn’t really know what to expect musically and lyrically when I first listened to this album, and I guess it’s good to have no expectations on a relatively new artists’, because Christine’s sublime and soothing voice and thorough lyrics based on Biblical truths, and heart for Jesus, impressed me very much, with a passion akin to Kim Walker Smith. Standing out amongst other worship albums this year like Kim Walker Smith’s Still Believe, Chris Tomlin’s Burning Lights and Meredith Andrews’ Worth It All, and also brilliantly crafting masterpieces with the global church at the forefront of her mind; Christine’s intense fervour and dedication to singing about Jesus and His Love for us, is evident all throughout this 50 minute musically exquisite and lyrically strong and unique  experience, from the very first syllable of the upbeat “Reign” to the ending note of “Your Presence Is Heaven”. I’ll definitely be on the lookout for her sophomore English album. Here are the reasons why you should too!

Taken verbatim from my review of worship artist Christine D’Clario’s English debut project Deeper in 2013 (from Christian Music Zine, which is now defunct!); let me just say that Deeper was, and still is to this day- a near-flawless and beautifully crafted worship album- one that has me lifting my hands in praise to the Almighty, and one that has me prayerfully down on my knees also: standout tracks include “Pursuit”, “Magnified”, and “Your Presence Is Heaven”. It’s an album that should’ve persuaded me to delve into Christine’s Spanish albums sadly, this didn’t happen, even though I did l love Mas Profundo– although that may have been because of me already knowing the English versions of these songs. Well now… it’s time for me to dive back into Christine’s music, and to maybe this time actively delve into her Spanish releases! This past week Christine, who is still creating Spanish albums at a consistent level, yet is now releasing music independently; dropped her brand new worship album (in English!), called All That Remains. Vocally reminding me of the power of Natalie Grant and the passion of Kari Jobe and Meredith Andrews; Christine’s first English release in 7 years (as well as the companion Spanish album Hasta Poder Ver), has indeed reinvigorated my interest in worship anthems sung in languages other than English.

It’s been about 7 years since Christine has released an album that I myself can understand and fully embrace (simply because I understand English immensely more than Spanish!); and the result is an album that is heartfelt, vibrant, emotional, honest, and worshipful. The album opener “From The Beginning To The End” is a joyous, celebratory guitar led mid-tempo anthem, whereby Christine declares God’s goodness and His faithfulness over our lives. And as Christine emphatically relays to us that Jesus is ‘…the Alpha and the Omega, mighty in power, the King forever, all through the ages, we’ve seen Your faithfulness, from the beginning to the end…’; we are met with a worship melody that is sure to bring comfort, peace and joy each and every time that we listen. “The Name Of The Lord” is next, and is a personal album highlight. Led by the piano, the exemplary and majestic worship anthem highlights that Jesus is sovereign on the throne of heaven and that no adversity, no stronghold, no horrible and terrible circumstance, can ever stand against our Lord Jesus Christ. With Christine powerfully relaying that ‘…no arrow, no weapon formed against us shall prosper, no shadow, no stronghold can stand against our God, as we raise an anthem of praise every wall will fall in the name, the name of the Lord…’, we are called into reliance and dependence on the Almighty, and to trust that God has a plan, even if we can’t see it.

The rest of the album beautifully and skilfully displays to us Christine’s prowess as a singer, worship leader and songwriter- with the project being one of my favourite worship albums of 2021, alongside Phil Wickham’s Hymn Of Heaven. “Hold On”, co-written with Matt Maher and Seth Mosley, is a heartfelt, inspiring piano led ballad, whereby Christine sings about the adversities in life. A track that is inspiring and thought-provoking, the concept of asking God to be our rescue, is explored; and as we ask God to be our rescue, we can know that He will hold onto us if we just hold onto Him and His promises. While the poem-like spoken word piece “Warrior In The Fire” delves into the notion that most times, the person we are fighting and waging war against, is actually ourselves- and Christine does a superb job on this pretty unique track. “Echoes In The Night”, a synth led melody, beautifully encapsulates the notion of God’s voice and His presence actually brightening up the world and actually lightening up the darkest spaces; inclusive of Jesus’ voice amplifying the echoes in the night, giving power to the powerless and a voice to the voiceless. While it is the title track, co-written with Kristine DiMarco, that takes the entire album, which is already brilliant, to a whole other level- Christine exuberantly cries out the sentiments of ‘hallelujah’ to Jesus, even in the most dire of times. Praising God when there are hard times may sound pretty wild and out of the ordinary; but when we are secure in our faith and our love for the Almighty, we realise that we can praise Jesus at all times- simply because He is God and His ways are higher than ours. Our faith doesn’t rise or fall on external circumstances, but rather is solid on the rock of Jesus Christ which never changes.

“Living Breath Of Heaven”, a worship song that extends to the 6 minute mark, is a song that dives deep into the goodness of God, and a track that proclaims that His presence fill our hearts and souls and minds; while the somewhat prophetic and declaratory anthem “Your Word” speaks promise after promise after promise, and majestically cries out that Jesus’ Word is powerful and gives us life and life abundant. The synth led radio friendly tune “Nothing Comes Close”, the only track below 4 minutes, fervently and ardently gives glory to God, and has Christine describing God’s goodness and the power of His love, that ‘…in the heights and lows, You will meet me there, I have all You are, no matter when or where, You’re the fountain flowing in my soul, so wonderful, so beautiful, so faithful, and nothing comes close…’; while the emotional, honest and vulnerable piano ballad “A Million Hallelujahs” is a testimony-like melody whereby Christine eloquently relays to Jesus, that any amount of praise we have on our lips to Him, won’t ever be enough, because He is perfect, and that ‘…a million hallelujahs will never be enough, for Your mercy and Your majesty and Your amazing love from earth unto the heavens, Jesus Your name be lifted high, my heart will sing forever, a million hallelujahs…’. All That Remains then ends with probably my most favourite song on the album. “It’s You” clocks in at just under 7 minutes (although there is a 2 and a half instrumental outro attached to this track), and dives deep into the Father heart of God, and the immense, unending love He has for us. The heartbeat of the album, “It’s You” speaks about God always showing up and always loving us no matter what, and as Christine passionately relays to God that ‘…it’s You, it always was and always will be You, the only Love that’s worthy of the centre of my focus, the One I put my hope in, is You, when I thought I was alone it wasn’t true, when I almost lost it all I had a Friend who never left me, a Father right beside me, it’s You…’, we are met with someone who has a strong relationship with God, and a statement that we all can declare with confidence one day.

I know it’s a cliché statement to say that God moves beyond language barriers but in this case it’s so true! I myself studied Spanish in high school but the last time I’ve heard it in a in depth conversation and the last time I spoke the language was over ten years ago- and so listening to an artist who predominately sings worship songs in Spanish- this time sing in English; well that was something. I have always loved Deeper and thought it was something special, but after my worship experience with All That Remains, can I say that this compelling, emotional, honest and personal album is one of the most passionate, reverent and reflective albums that I have heard all year? For an album that’s sung in a language that Christine probably hasn’t sung in, in probably 7 years; Christine D’Clario has impressed me very much. You would be forgiven to think that she is a veteran in recording English albums- but she’s not. But seeing that this is her sophomore English album, well I’d say that this is a phenomenal effort. I am sure that God will use Christine in music regardless of whether she sings in Spanish or English- one of my standout worship albums of the year; Christine invites us into a deeper relationship and communion with God, and a deeper look into Christine’s heart for Jesus, which is very servant-like. No doubt, you won’t be disappointed with this release- worship leaders just may find some songs introduce for Sunday’s service. Well done Christine, you’ve done the world and yourself proud! So everyone let’s dive in and marvel at Christine’s song-writing and singing prowess- it’s pretty incredible, don’t you think?

3 songs to listen to: The Name Of The Lord, All That Remains, It’s You