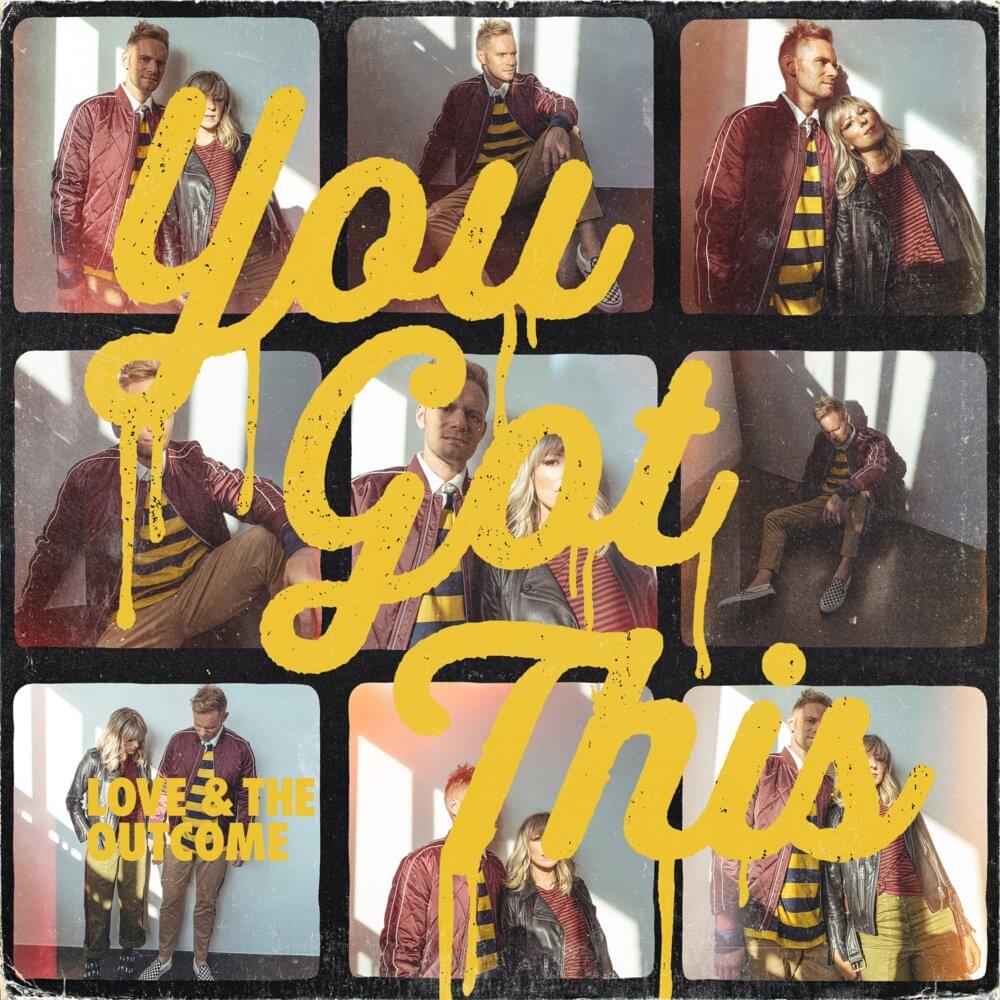 Love & The Outcome– You Got This EP (Amazon mp3/iTunes)

Back in 2013, Word Label Group signed Canadian husband and wife duo Love & The Outcome, who have come to be one of my favourite duos ever- along with for KING & COUNTRY. Though Jodi King and Chris Rademaker have not had an easy road to recognition and prominence; both felt a calling on their hearts to make music, and thus began their trek across the border from Canada to the U.S a number of years ago; into the great unknown and the vastness of uncertainty. Being from another country, they had to pack up their bags (literally), acquire a new place of residence, and say goodbye to everything they’ve ever known. Jodi has recorded a few albums as a solo artist, but recently included her husband on one of her own unreleased solo studio albums, and then changed the direction of the album from a solo focus to a band focus. Thus the journey of recording the self-titled debut Love & The Outcome, which released in 2013.

With the debut album having four producers (Seth Mosley, David Garcia, Jeff Pardo and Ben Glover), the seamless easy to listen 11 tracks of hope, testimony, and encouragement, wrapped up in the genre of pop, with plenty of upbeat tracks next to transparent heartfelt ballads; was one of my highlights of 2013. Jodi’s vocals are sublime all throughout, as is Chris’s guitar playing. And the lyrics are what really gets me; they’re very personal and emotional, not necessarily something you’d see on a debut album- probably a third or fourth album, but not a debut. That’s what makes these Canadians special, as they’re willing to branch out and defy expectations, just like fellow Canadian artists The City Harmonic, Hawk Nelson and Downhere. Fast forward to now, and apart from a sophomore album These Are The Days and an expanded edition of that same album (read both reviews here and here!), as well as a Christmas EP and acoustic stripped down EP The Ocean Way Sessions; the duo are back for another EP- their most honest and vulnerable yet.

You Got This EP is Jodi and Chris’s first new original material release in 4 years- particularly because Jodi had a couple of kids and the duo just slowed down a bit as they breathed and watched their kids grow up- of which you only have one chance. And that is commendable. So with these 6 tracks, you’d expect them to be a bit rusty, right? Nope, not at all- it’s just like riding a bike. Music is in Jodi and Chris’s blood, so nothing less than impacting and inspiring songs is what we all have been delivered on this EP! The title track and lead single has been on the charts for the better part of last year- and because Jon reviewed this track extensively last year, I’m not going to review this track at all. It’s a moot point, because I generally love all of the music that resonates with Jon, so why don’t we all read Jon’s review and then come back to this one?

For the rest of the EP, Jodi and Chris take the concept of God having our backs and then speaking eternal truth after eternal truth, reminding us to live life to the full, and that we can we do so with God by our sides. “Where You Are” turns our preconceptions of life on their head, dispelling the notion that life is the highs and the lows. In fact, ‘…life is more the chasing every high, more then barely getting by, I’ve learned the grass ain’t greener on the other side, life’s where You are…’– and that concept of life being just being satisfied and content in the moment with Jesus is a concept that we all need to grasp and fully understand in order for us to embrace life fully and live with no regrets. While “Same Page” is a 3 minute pop tune about our total surrender to God, allowing Him to move the chess pieces of our life around so that it makes sense and that we’re both on the ‘same page’ and in total agreement; and the piano prominent stripped down “Falling Into Place” delves into a faith in God that’s seemingly shaky, yet a deeper analysis reveals a strengthening of our beliefs and our trust in God when we rely on Him for even our most deepest of our desires. Indeed ‘…when it feels like it’s all falling apart, maybe it’s falling into place…’.

“Imperfect”, the 2 minute piano pop tune is the penultimate track on the EP, as Jodi and Chris own their own faults and realise that Jesus loves us all perfectly even though we are imperfect and that we’ll continue to be until that day in heaven. Yet for me it is the resounding anthem and bigger-than-life grandiose statement “Moving On” that is the heartbeat of the EP. Fitting as the closer, both Jodi and Chris make a big declaration, that we all as Christians, or even we all as humans, can move on from the pain, hurt, adversity and the sin in our lives, the things that have weighed us down for so long- we can all leave that behind and move on, as ‘…guilt has had it’s grip on me for way too long, this will be my freedom song, Hallelujah, because of You I’m moving on…Your second chances never end…’. Probably one of my favourite songs of 2020 thus far (alongside “Amadeo” from Ryan Stevenson and “I Love Me” from Demi Lovato), we are reminded that Love & The Outcome are back and back with a big bang!

For me personally, I love both of Love & The Outcome’s debut album and sophomore album These Are The Days very much- with these songs being an extremely honest portrayal of the trials and tribulations of a young Canadian couple and how they’ve found life in America, and how God has remained faithful through every situation. So after my analysis of this new EP, should you all go ahead and buy the songs, or at least stream them on Spotify? Of course, you can never go wrong with some music from Jodi and Chris, who remind me of Britt Nicole vocally and Stu G musically respectively; and both of them ought to be congratulated, for recording their music after a long time away from the spotlight and both of them sounding never better! Well done guys, I can’t wait for your new full length studio album releasing in 2020 or 2021!

3 songs to listen to: You Got This, Falling Into Place, Moving On