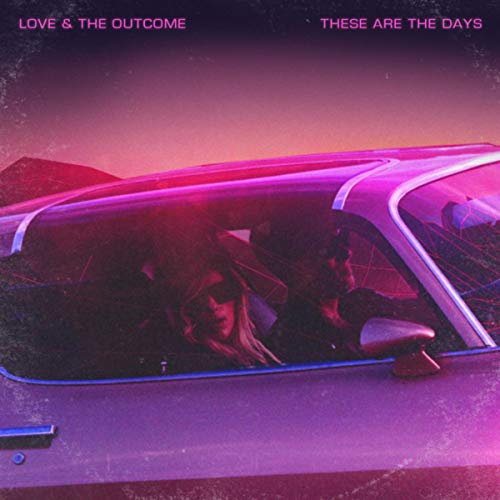 Love & The Outcome have been one of the most successful Canadian CCM bands in recent memory (aside from Relient K and Hawk Nelson). Since signing to Word Records in 2012 (home to many other artists like Zealand Worship, We are Messengers, Group 1 Crew, Big Daddy Weave, Chris August, Francesca Battistelli and Meredith Andrews to name a few) and delivering arguably one of 2013’s most played and recognisable songs on Christian radio, ‘He is With Us’, the husband-wife duo of Jodi King and Chris Rademaker went on to compose and collate together their debut album that they unveiled in 2013, and to date, an album that I reckon is one of my favourite debut albums by any CCM artist in the last 10 years or so (alongside Francesca Battistelli’s My Paper Heart, Sidewalk Prophet’s These Simple Truths and for KING AND COUNTRY’s Crave). Since then we saw a follow-up in These are the Days in 2016, where the duo brought with them a lot of influence from the 1980s to create a pop/quasi-worship album that could’ve easily fit right into the 1980s era if it wanted to, and no one would be none the wiser (a compliment, that the band bring us a lot of nostalgia of the 1980s to create a sound that is distinct and unique). The duo continues to weave together Jodi’s melodically pop sound with the prominence of Chris’s bass guitar, as These Are the Days brings with it a strong message of hope and looking forward with standout songs ‘The God I Know’, ‘Gates’ (of which they released an acoustic performance featuring label-mate Francesca Battistelli), the title track and their most recent single from the album, ‘If I Don’t Have You’. Fast forward to 2017, and Jodi and Chris are at it again, releasing These are the Days: Deluxe Edition.

While this album is a must-have for any die-hard fans of the group, or for anyone who may have not purchased their standard edition of the album, for whatever reason; much of these deluxe songs aren’t really anything new per se. ‘Scars To Your Beautiful’, ‘Every Breath You Take’ and the radio version of ‘If I Don’t Have You’ were all released at various points throughout 2017, and therefore, the only ‘new’ songs on the album are the remix version of ‘The God I Know’ featuring rappers Steven Malcolm and Ty Brasel (of whom sounds very similar vocally to Manwell Reyes, who was the former lead singer of the now disbanded band, Group 1 Crew), as well as new song ‘Always Home’. Is it really a great album to purchase, two years later after the standard album released? Despite how we feel about the deluxe edition of the album (maybe just collate all the songs (tracks 14 – 18, add a few more songs, and release an EP later this year or early next year), we can’t deny the fact that this album from an objective standout is one of my favourites of 2016, and is one of the albums from 2016 that has the staying power and the impact that we all can see, even two years later. Songs like ‘If I Don’t Have You’ gives us comfort yet equal moments of confrontation in the compelling lyrics that ‘…I don’t want the world if I don’t have You, I don’t want it all if it means I lose You, I’ve tasted and I’ve seen enough to know it’s You I need…’, while the title track calls for us to of the ever changing future, and to take stock of one’s life, cherishing the finer and smaller moments that often are overlooked in such a busy schedule we can often lead.

Looking at the ‘new’ instalments in this deluxe edition of the album, we can see that the band love to switch it up a little, we see a remix, a radio version, two covers and a new song…talk about diversity. The radio version of ‘If I Don’t Have You’ shaves off a minute, but nevertheless fits all the lyrics in, albeit at a faster pace. Nevertheless, the message of the song can’t be denied and still remains to be one of my favourites on These are the Days. ‘The God I Know’ (feat. Ty Brasel and Steven Malcolm) omits the verses sung by Jodi entirely and adds together raps from both these men. While on their own the messages by these two are poignant and need to be heard, the remix song itself seems a little disjointed. Maybe the remix version of the track could impact and encourage someone else, but for me, the technical disjointedness of the song decreased my own enjoyability. Nevertheless, the song, be it original or remixed, has a very important message we are needing and craving, even today. The album then unveils to us ‘Every Breath You Take’ and ‘Scars to Your Beautiful’, the former being a quasi-love song, quasi-stalker-ish track originally recorded by The Police way back in the 1980s, and the latter an inspirational track originally by fellow Canadian Alessia Cara, a song that I reckon, alongside ‘Fight Song’ (by Rachel Platten), is one of my favourite inspirational ‘mainstream’ song I’ve heard these last five years. Both these reviews of these two songs were reviewed by our site here [Scars to Your Beautiful] and here [Every Breath You Take]!

Throughout their career of late, Love & The Outcome have relied on 1980s synths for much of their songs, which isn’t a bad thing, except someone who is a fan of current CCM isn’t going to necessarily be satisfied with their music of late (I mean music, not lyrics), and that’s ok. The band are taking much more risks with their music now, and it shows. Maybe, just maybe, more CCM artists will follow suit and cover a wider range of themes in their music, just to show us that the impact of music and what God wants to show us goes far beyond CCM. These are the Days: Deluxe Edition is an album that should’ve been released closer to the original release date in 2016 for their standard edition of the album, but if it was, we wouldn’t be gifted with songs that were recorded from 2017 onward. It doesn’t matter that the deluxe version is out two years later, but within the advent of technology these days, releasing deluxe editions where most deluxe songs are already released, seems redundant. Nevertheless, Love & The Outcome are out to remind us that their work is still not finished. Maybe album #3 very, very soon? Maybe ‘Always Home’, a love song between both Jodi and Chris, as their first single?

3 songs to listen to: Always Home, Every Breath You Take, If I Don’t Have You