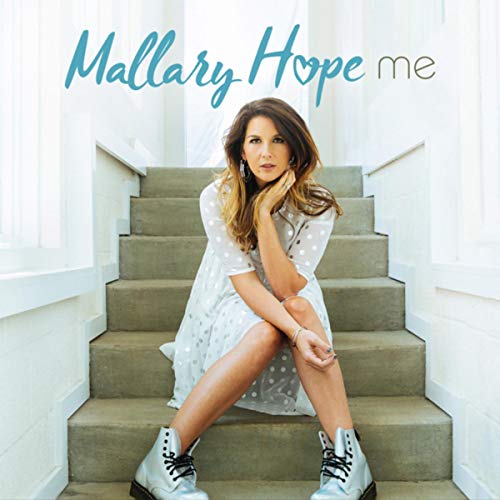 Maybe it’s just me, but there’s just something about country music that makes me both appreciate the genre but totally understand that the genre itself isn’t my preferred one, if given a choice. But yet, I find myself again and again enjoying songs that have always had a country edge to them. Carrie Underwood- touted the queen of modern country, has always released songs that I have appreciated and come to love over the years. Third Day, now disbanded, have throughout their career, tread the thin line between southern gospel and country, and it has shown much in their music. Artists like Rhett Walker Band, Avalon and Karyn Williams have all had country-style influences throughout their career at one point or another. Country as a genre, has always been pivotal and necessary to the music industry and music as a whole, and at times, I’ve felt country music to seem more real and raw, honest and at times hopeful, compared to the modern pop on the radio at the moment. So enter in Mallary Hope, another country artist by the history of her career, but in 2017, she shifted to make a CCM album, her self titled EP that released in November 2017 that spawned the hit song ‘Now’ (this 7 track EP has been one of my favourites for last year!). Now fast forward to 2018, around a year later and we see Mallary bring to us another musical offering, this time a single titled ‘Me’.

Written by Mallary when she was on tour this year, the song itself has a simple message- we can be ourselves, or in blunt terms, I can be me. The me that is not perfect, the me that can often be prone to anxiety or worry or even fear. The me that may not have it all together all the time, even if on the outside, that may seem the case. The me that often get things muddled and can’t see the bigger picture whenever I’m focusing on something I want to accomplish. But in order to be ourselves, we need to understand who we are, on an individual level. Yes we are loved unconditionally by God and our family. Yes we are God’s children, we are sons and daughters of the King of Kings. We are champions of the weak and lowly, the advocators for those who can’t speak for themselves. But what are we beyond that? Who are we as individual people? What are our likes and dislikes? What are our political thoughts, however extreme or moderate they can present themselves? What’s our favourite genre of music or even favourite genre of movie/TV show? Whatever we can discover about ourselves on a personal level, let us all know that we can be ourselves in the presence of a Father who loves and adores us, and understands that whether we change or not, it doesn’t waver love he lavishes over us. For such a song like ‘Me’ is as lifechanging as it is catchy and super-pop. As Mallary imparts to us from a post on her Facebook page; ‘…I’m so excited to finally share this song with you all. I wrote this song during a time where I felt very inadequate and was constantly comparing myself to others. I thankfully came to the realization that all that matters is the way God see’s me, not how everyone else see’s me. Let’s all remind the world that it’s OK to be who God created us to be…’ What are our passions, what are we good at? Are we encouragers, good with people, or are we the mathematical kind, always analysing issues and solving problems? Whatever the case, Mallary invites us to delve deep into our thoughts, and know that it is ok to be me, because in all the moments where we think we’re different and we think we can’t show our true selves, Mallary offers comfort, us taking to heart that ‘…I can be me, a brokenness you knit together perfectly, a child you love no matter what the world may see, in your eyes there’s no one else I need to be, I just need to be me…’

It’s hard when artists cross over and record an album (or song) that is not in their ‘natural genre’. Like Stephen Christian, ex-lead singer of the now disbanded Anberlin, who just released a worship album on BEC Recordings in 2017, or Hillary Scott in 2016, lead singer of Country trio Lady Antebellum, releasing her debut Christian album Love Remains, garnering success and critical acclaim in the months afterward. Artists are sadly ‘pigeonholed’ into a certain genre of music, and any such deviation from this and we as listeners’ pounce, attacking at every turn. Still, we realise that often, artists who do make such a genre shift ought to be commended, branching out into genres they’ve never tried in the past is bold and encouraging to many, listeners and fellow musicians and bands alike. Mallary has done so with both her EP of last year and with her new song ‘Me’, both these unveilings primarily focused upon the Christian faith of her personal life. We still are brought with it a country flair that has been in her musical history, except, the stories and themes behind these songs have shifted a little. And that is ok. Mallary’s career may be starting, but with the success of her self titled EP and her new song currently, here’s hoping her career can be at least half as good as Carrie Underwood’s! And while Mallary’s popularity may be a while before it will be at the stage of Hillary’s popularity (of Lady Antebellum), her EP last year, and more specifically her song ‘Me’ now, firmly puts her on that path in the future. Well done Mallary for such a poignant and heartfelt song, maybe a full-length album in 2019 sometime?