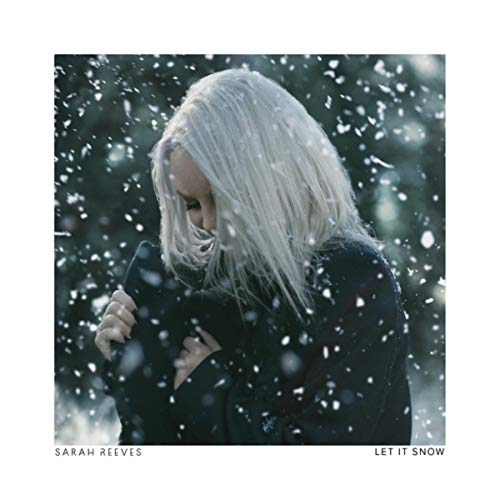 The latest addition to the Word Label Group artist roster, Sarah Reeves is in good company. Artists like Francesca Battistelli, Sidewalk Prophets, Big Daddy Weave, Stars Go Dim, Meredith Andrews, Love & the Outcome, Blanca and For King and Country, to name a few. And while now we are starting to hear and see Sarah and her music for what it is- unique, powerful and heartfelt, she has been around the industry for quite some time. Sarah Reeves has had quite a big comeback of late- since signing to Capitol CMG around 10 years ago to release 2 EPs under that label, to going independent and releasing a full length album; it was her time from 2011 till 2017 when she wasn’t pursuing music at all where I’m sure she grew a lot, in her faith and as a person. For it was in 2017 where she signed again to Word Records (a different label to her initial one) that her comeback into music began. Easy Never Needed You was released after her hiatus, and that collection of songs (once released as an EP in April and again released as a set of 15 songs in October) is by far one of my favourite worshipful albums of 2018 thus far. And so to see yet another release from Sarah (Let It Snow – Single– which encompasses three songs), I was intrigued, excited and pleased that an artist with the amount of time away from the industry can come back strong, ready and committed to deliver great music- and this set of 3 holiday/Christmas songs are of no exception.

Released at the beginning of November, Let It Snow stands at an albeit short but nevertheless still technically unique and sound, track length of 3 tracks. Beginning the EP with ‘Feelin’ Like Christmas’, the lone original song from Sarah, we are met with a song that can fit just right into the era where Christmas music was under the genre umbrella of swing/blues music. And while from a technical standout, swing/blues isn’t really my favourite genre of music to listen to on a repeated basis, this song by Sarah has enough passion in her voice and unique layering of musical instruments (eerily refreshing vocals, xylophones, a heavy bassline, bells ringing) that has kept me interested again and again. The message is simple really, just having a warm cosy time during Christmas and relaxing with friends, as we’re reminded that ‘…there’s a special glow inside this home a touch of candlelight, cinnamon and cloves are coming from the kitchen stove tonight, warm and cozy by the fire, distant carols of the choir…record player spinning all the favorite Christmas classics now, got us feeling so nostalgic just can’t help but dance around, presents underneath the pine tree anxiously awaiting morning…’ While this song is rather more of a holiday melody compared to a full-fledged song about Christmas and the meaning behind it; Sarah nevertheless gives us a touching reminder that we all need- to slow down and appreciate Christmas as being a celebration with our friends and family, to understand that it is ok not to be busy during a time where media and everyone around us tell us otherwise.

Sarah also imparts to us her versions of ‘Angels We Have Heard on High’ and ‘Let It Snow’- both of which stay pretty much true to the original recordings, way back when. While there is hardly much, if any, deviation when comparing Sarah’s versions of the carols as opposed to the originals long ago, Sarah’s passion and enthusiasm for the words she’s singing is something to be impressed by. One of today’s current CCM powerhouse female vocals that are underrated in an industry that sadly favours the same artists (be it female or male) again and again; Sarah presents these two songs with such fervent poignancy and heartfelt passion, and enough to keep me wanting and expecting another Christmas collection in the future- perhaps a full length Christmas album next time? Sarah Reeves is an artist that, still relatively up and coming even after quite some time, will hopefully receive the recognition she deserves after releasing both Easy Never Needed You and Let It Snow. While the EP itself was quite short, the songs where sung with such emotion that we cannot not see another instalment to a Christmas EP in the future. Well done Sarah for this set of songs, and one of my favourite Christmas EP’s (from a technical and musical standpoint) this year, alongside David Dunn’s Star and Marc Martel’s Christmastime is Here.