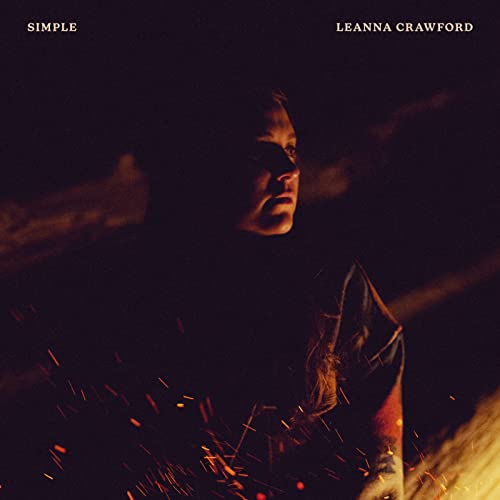 Leanna Crawford would have to be one of my favourite new artists within the CCM realm over the last few years or so- up there with artists like Tasha Layton, Apollo LTD, Cochren & Co. and Pat Barrett, to name a few. Upon signing to Story House Collective / Provident Label Group in early 2020, and on the back of her moderately successful EP titled Crazy Beautiful You in 2018, this up-and-coming singer-songwriter has continued to impress and become an artist that’s certain to follow in the footsteps of people like Riley Clemmons, Hannah Kerr, and even Casting Crowns or Matthew West into becoming a mainstay in CCM, in the upcoming months and even years ahead. Leanna has always imparted heartfelt songs to people listening- especially with the unveiling of her most recent collection of songs- her 2020 EP that dropped in May 2020, her first on a label. It has been a few years since I first discovered this young artist, and I can remember back then (in 2018), I knew that there was something about her music that made it intriguing and unique to listen to.

Now in 2022, we see what Leanna has undertaken since- she’s been able to grow into an artist that is confident about who she is singing about, and one who’s not afraid to be a little quirky and weird, because it is often the different that impact people the most. Leanna is one such artist. Upon the success of songs like ‘Crazy Beautiful You’, ‘Write About it’ and ‘Prince Charming’ from her 2018 EP, Leanna offered up 6 new songs from her self-titled label debut in May 2020. From that EP came standout singles like ‘Funeral’ and ‘Truth I’m Standing On’, alongside a poignant heartfelt duet with Jekalynn Carr, on a song titled ‘Mean Girls’. Now in 2022, Leanna’s unveiling new music again. She unveiled a lone-single in 2021- ‘What You Can’t Forget’ that was released in August 2021; but now in November 2022, Leanna is on a roll. Releasing new music in the form of single releases, Leanna delivered the songs ‘Before I Knew Jesus’ and ‘How Can You Not’ at various times this year, and now, she’s unveiled another- ‘Simple’.

Presented with light acoustics and Leanna’s distinct and soothing ethereal voice, we see a song that reminds us of how we as Christians ought to keep the Christian life simple- strip everything away so that all we understand and know, the simple yet equally profound and compelling truth:- that ‘…there’s no such thing as too far gone with God, nothing you can do to earn your spot, nowhere you can go where He is not, I know it all sounds unbelievable but believe me, it’s that simple…’ With more of a prominence on the lyrics on this song, we see Leanna declare these lyrics with enthusiasm and passion. ‘Simple’ encourages us to break the gospel down into its simplicity, rather than to overcomplicate it like how it has unfortunately been done in today’s western and modern-day culture. As Lindsay herself asserts, ‘…my new song `Simple’ is out now. Listening to this song, I hope you’re able to ‘take a breath’ and be reminded of God’s incredible yet simple promise over you. He loves you, He loved you, He [still] loves you…we wrapped filming for this [music video] around 2am after a long day of capturing two other music videos (Before I Knew Jesus and How Can You Not) with the best crew. When I first thought of what a music video could look like for this song, a campfire setting seemed perfect. I loved campfires growing up and there was and still is something so special to me about gathering around a space like this. I wanted the whole thing to be ‘simple’. Not over done, just simple. And here it is. I hope watching this, you’ll be reminded that no matter how far away you feel, there’s no such thing as too far gone with God…’

While it is not known that this new song ‘Simple’, alongside her two other songs unveiled this year (‘How Can You Not’, ‘Before I Knew Jesus’), are either part of a bigger project (album or EP) or just standalone singles full stop; what I do know is this- that Leanna’s songwriting and vulnerable style of singing is really one of her greatest qualities as a singer-songwriter, and the emotion shown through songs like ‘Mean Girls’ and ‘What You Can’t Forget’, certainly carries on to these three new songs unveiled this year, too. And it is in light of Leanna’s self-titled EP, the re-recorded ‘Mean Girls’, her poignant and compelling track ‘What You Can’t Forget’, alongside her brand new songs ‘Before I Knew Jesus’, ‘How Can You Not’ and ‘Simple’; that I firmly believe that she’s quickly becoming a good role model for young people everywhere. Following in the footsteps of young artists like Hollyn and Riley Clemmons, and musically (and lyrically) reminding me of artists like Matthew West and Cimorelli; Leanna’s music is certain to become one of the artists that I’ll replay on Spotify and iTunes in the upcoming weeks and months ahead. Well done Leanna for ‘Simple’. Hoping and praying that the Lord uses this track to bring people healing, hope and comfort, especially now during such an uncertain time as this! Maybe a full length album in the future by Leanna? I hope so.