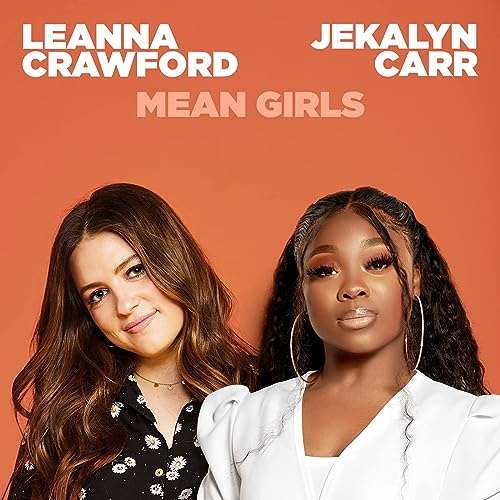 Leanna Crawford would have to be one of my favourite new artists within the CCM realm over the last few years or so- up there with artists like Tasha Layton, Apollo LTD, Cochren & Co. and Pat Barrett, to name a few. Upon signing to Story House Collective / Provident Label Group in early 2020, and on the back of her successful (moderately) EP titled Crazy Beautiful You in 2018, this up-and-coming singer-songwriter continues to impress and become an artist that’s certain to follow in the footsteps of people like Riley Clemmons, Hannah Kerr, and even Casting Crowns or Matthew West to becoming a mainstay in CCM in the upcoming months and even years ahead. Leanna continues to impart heartfelt songs to people listening- especially with the release of her second EP that dropped in May 2020, her first on a label. It has been a few years since I first discovered this young artist, and I can remember back then I knew that there was something about her music that made it intriguing and unique to listen to. Now in 2021, we see what the artist Leanna has grown into- one that is confident about who she is singing about, and one who’s not afraid to be a little quirky and weird, because it is often the different that impact people the most. Leanna is one such artist. And upon the success of songs like ‘Crazy Beautiful You’, ‘Write About it’ and ‘Prince Charming’ all those years ago, Leanna offered up 6 new songs from her self-titled label debut in May last year. From that EP came standout singles like ‘Funeral’ and ‘Truth I’m Standing On’, with these 6 songs a definite listen if you’ve enjoyed similar artists like Riley Clemmons or Hannah Kerr. Now fast-forward to July 2021, and Leanna has re-worked her latest single ‘Mean Girls’, this time featuring gospel artist Jekalyn Carr in this stirring and emotive duet about words and how important they are to people and how they view themselves and others around them.

A song that was originally on Leanna Crawford EP, ‘Mean Girls’ brings to light issues faced by a lot of teenagers around the world right now- and how words have the power to do more harm to people’s lives than what people themselves even realise. We all know that high school is a battleground for people who are picked on and bullied every day, and maybe ‘Mean Girls’ is drawing from Leanna’s personal experience, or maybe she knows someone who has been bullied really bad, when they were at school. Regardless, the picture is painted to set the scene- the persona is feeling it from the verbal jousting that kids in high school deliver to each other, and we are met with the notion that yes, sticks and stones hurt, but words are just as bad- often than not, the person bullying will forget the incident before the end of the day, but the one being bullied may carry their scars for a lifetime. ‘Mean Girls’ is a reminder for us all to think before we speak, and to empathise with people who may have copped a lifetime of bullying, often in one day. The introduction of Jekalyn Carr to this version of the song, gives it a bit of character and relatability- having a black person deliver these poignant words can bring this message of being careful with words, to a community that are seemingly much more bullied in America than any other minority group. As Jekalyn delivers these moving and compelling words, people around the world who may have been bullied because of ethnicity, socioeconomic status, or even because of their gender, can hopefully allow this song to be a sense of comfort and hope. Yes, there are mean girls (and guys), but hopefully such a song as this, can convict the bullies to have a change of heart, and repent, and maybe reconcile and apologise to the people they’ve bullied. And even if that doesn’t happen from all of this, this song still is needed in society, and can hopefully heal wounds and allow victims of bullying the clarity and understanding, that God is the healer of all wounds, and is the only person capable enough to heal our wounds that can often run deep, because of a few words said flippantly in the moment.

Leanna’s new song is full of power and emotion, that really challenge the way that people have acted and continue to act, especially in high-school settings as we look at how even when people are younger, the effect that assumptions, preconceptions, and just plain bullying can have on an individual is gravely understated. ‘Mean Girls’ hits the hardest for the younger generation, those who have had a hard time in high school, those who are considered ‘outcasts’ for whatever reason. Because of her most recent EP, and this new song, she’s quickly becoming a good role model for young people everywhere. Following in the footsteps of young artists like Hollyn and Riley Clemmons, and musically (and lyrically) reminding me of artists like Matthew West and Cimorelli; Leanna’s music is certain to become one of the artists that I’ll replay on Spotify and iTunes in the upcoming weeks and months ahead. Well done Leanna for this heartfelt song, hoping and praying that the Lord uses ‘Mean Girls’ to bring people healing and comfort, especially now during such an uncertain time as this!