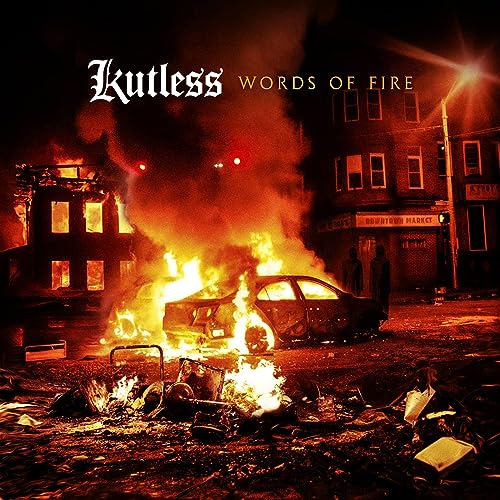 If you would have to describe Kutless in a phrase, it’d be a band that were rock, and now have added worship elements into their melodies, resulting in a unique hybrid that keeps them fresh and relevant in today’s CCM market. Like Audio Adrenaline, Sanctus Real, Jeremy Camp, Building 429, The Afters and Newsboys prior, Kutless, headed by front-man Jon Micah Sumrall, has redefined and evolved in their sound over the years. Starting off as a hard rock band in Portland Oregon in 1999, lead singer Jon Micah Sumrall and his friends have consciously decided to actively try to incorporate more and more worship into their albums, in alignment to where they believe God is calling them to musically and ministry-wise. Still one of the most popular and respected rock/pop-rock/CCM/worship bands in the music industry today (despite many critics and hard-core listeners thinking that the band have gone soft over the years!); the expansion of their hard rock style of music, to include more pop rock and later on worship, garners and gathers much debate.

It’s been about 5 years since Kutless’ last release- the worshipful Alpha / Omega. We reviewed the album here, and in a nutshell, we relayed that Alpha/Omega…is a sort of sequel to 2009’s ground-breaking It Is Well; [and] brings the focus firmly on vertical worship, as the band infuse rock and worship once again (to [probably] much greater success than the lacklustre Glory in 2014, although nothing much can top Believer in terms of enjoyment for me!), and has me earnest praising along with the band that have continued to defy expectations in a very good way. With plenty of smash hits in their discography, such as “Carry Me To The Cross”, “What Faith Can Do”, “You Alone”, “Sea Of Faces”, “Complete”, “Shut Me Out”, “Run”, “Even If”, “Better Is One Day”, and “Strong Tower”; Kutless have showed us once again through Alpha / Omega that rock and worship can indeed coexist. I’m much more of a fan of worship music over rock music- so personally I loved Alpha / Omega when it released. Yet fast forward to now, and with countless promises of the band releasing a brand-new album; here we are with Twenty EP. I reviewed the disappointing and unnecessary release here; but today, Kutless is seemingly back with rock music. Their latest single “Words Of Fire” dropped today… and boy, is it heavy!

Can I say this upfront? Like with Seventh Day Slumber’s album Death By Admiration; “Words Of Fire” is a song that I can’t listen to in one sitting. Believe me, I tried. Lyrically, the song is great- Jon Micah lyrically references the book of Ezekiel, with the lyrics also referencing dead men waking up to life. It’s a song that deserves healthy discussion… but the music is what throws me off. Sure, Kutless were originally a hard rock band, and now they’ve steered further and further into worship; but this is a track going back to their roots. And I should be happy, right? Objectively, it’s great that these guys are rediscovering their first love of rock music. But as I said that rock music and especially hard rock bordering on metal music, isn’t really my thing; this track didn’t resonate with me that much. Objectively though, “Words Of Fire” isn’t bad. The song reminds us that Kutless will continue to be a force in Christian rock music for as long as they choose to be. But I didn’t resonate with the song and that’s ok. Some of you might like this song better than myself, and that’s ok. Jon’s prowess as a songwriter and lead singer is still quite remarkable, and I still can’t wait for Kutless’ future projects. But if you want an album that epitomises who Kutless are as a band; then I reckon that this isn’t it. Though Kutless will always be the band that everyone will talk about, for both the CCM and rock music styles, and their divergence in styles; let us all remember that the band are travelling in the musical direction of where God is leading them, and where He wants them to go, whether it is rock or worship or both. Fans of Switchfoot, Skillet, Chris Tomlin and Jeremy Camp will certainly love this new offering from Kutless, but listeners who want a well-rounded and more cohesive album should stick to Believer (2012) and/or Strong Tower (2005) in my opinion.