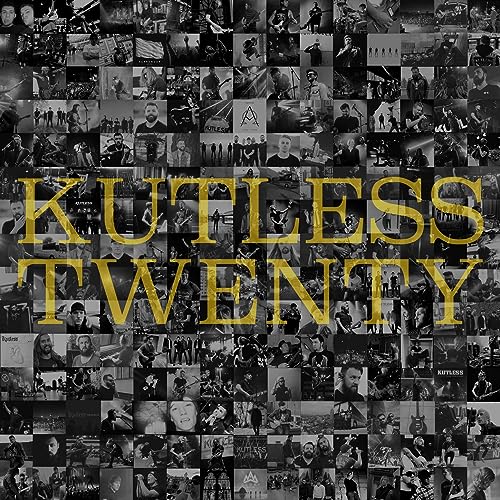 If you would have to describe Kutless in a phrase, it’d be a band that were rock, and now have added worship elements into their melodies, resulting in a unique hybrid that keeps them fresh and relevant in today’s CCM market. Like Audio Adrenaline, Sanctus Real, Jeremy Camp, Building 429, The Afters and Newsboys prior, Kutless, headed by front-man Jon Micah Sumrall, has redefined and evolved in their sound over the years. Starting off as a hard rock band in Portland Oregon in 1999, lead singer Jon Micah Sumrall and his friends have consciously decided to actively try to incorporate more and more worship into their albums, in alignment to where they believe God is calling them to musically and ministry-wise. Still one of the most popular and respected rock/pop-rock/CCM/worship bands in the music industry today (despite many critics and hard-core listeners thinking that the band have gone soft over the years!); the expansion of their hard rock style of music, to include more pop rock and later on worship, garners and gathers much debate.

It’s been about 5 years since Kutless’ last release Alpha / Omega. We reviewed the album here, and in a nutshell, we relayed that Alpha/Omega…is a sort of sequel to 2009’s ground-breaking It Is Well; [and] brings the focus firmly on vertical worship, as the band infuse rock and worship once again (to [probably] much greater success than the lacklustre Glory in 2014, although nothing much can top Believer in terms of enjoyment for me!), and has me earnest praising along with the band that have continued to defy expectations in a very good way. With plenty of smash hits in their discography, such as “Carry Me To The Cross”, “What Faith Can Do”, “You Alone”, “Sea Of Faces”, “Complete”, “Shut Me Out”, “Run”, “Even If”, “Better Is One Day”, and “Strong Tower”; Kutless have showed us once again through Alpha / Omega that rock and worship can indeed coexist. I’m much more of a fan of worship music over rock music- so personally I loved Alpha / Omega when it released. Yet fast forward to now, and with countless promises of the band releasing a brand-new album; here we are with Twenty EP. This is not a new release, and with only 3 songs; I reckon it’s incredibly disappointing to hear and see the hype that these guys have made of this release- only for me to be entirely underwhelmed. With artists like Amy Grant, Avril Lavigne, Taylor Swift, and Bryan Adams re-recording their classic albums (or in Taylor’s case, her entire discography!); and greatest hits albums from Little Mix, Third Day, Chris Tomlin, and the upcoming greatest hits projects from Robbie Williams and Steps, each being what I reckon greatest hits albums should be like; I really thought that Kutless was doing something similar. They hyped up the project too much… and now here I am, frustrated and exasperated. 3 songs over a 5-year period?

We’ve been through a lot over the last 20 years. We’ve grown, we’ve learned, there have been hard times, there have been fun times. Every step of the way as we revisited these songs, it brought back a lot of memories. Our fans want two things from us. One, they want us to treat their beloved songs with respect. And two, they want to be surprised in a pleasant way. It was exciting to face that challenge, to give these songs a long enough leash that we could change parts, add new parts, and really focus on the fact that we’ve grown over the past 20 years.

I was 21 years old when that first record came out, and James was 19. Now we have all this experience. We’re much better musicians, much more seasoned. We wanted to bring that experience and skill to these new renditions. When Kutless the album first came out in 2002, rock music was still treated like it was bad. This song [Tonight] was for any person who may not understand what we’re doing and why we’re doing it. ‘Tonight’ shows them what’s happening. We’re giving glory to God, using our gifts and our passion to bring people to Him and to tell them about Jesus Christ. It’s been a privilege to be a part of this, to let God lead us. To look back on all these memories is really special to me.

This is to say though… that objectively, Twenty as it stands isn’t bad. All of these three recordings are good. They’re inspiring, they’re worshipful and they remind us that Kutless will continue to be a force in Christian rock music for as long as they choose to be. But I really expected more. I expected a re-recording of the 2002 self-titled album, or at least a 20-something track greatest hits project. And since we didn’t receive either, and we didn’t receive an all-new studio album; then why would you bother with just 3 tracks? Jon’s prowess as a songwriter and lead singer is still quite remarkable, and I can’t wait for Kutless’ future projects. But if you want an album that epitomises who Kutless are as a band; then this isn’t it. Though Kutless will always be the band that everyone will talk about, for both the CCM and rock music styles, and their divergence in styles; let us all remember that the band are travelling in the musical direction of where God is leading them, and where He wants them to go, even if it leads them away from rock. Fans of Switchfoot, Skillet, Chris Tomlin and Jeremy Camp will certainly love this new offering from Kutless, but listeners who want a well-rounded and more cohesive album should stick to Believer (2012) and/or Strong Tower (2005) in my opinion.