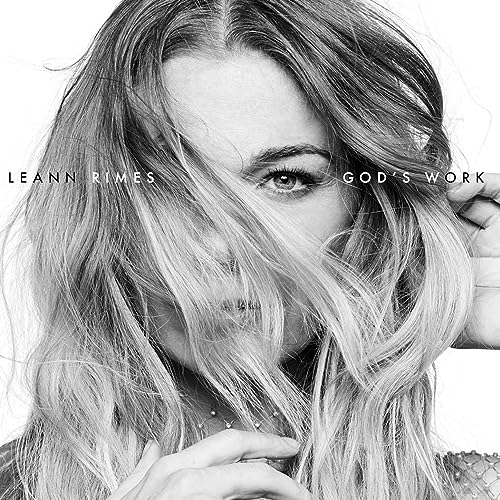 There comes a point in any artist’s career, where we the consumer and we the listener, need to make a choice. An artist records a highly successful album (like Shania Twain and her 1997 iconic release Come On Over), or an artist releases a universally and critically panned project (like Kylie Minogue’s Impossible Princess from 1997, or Mariah Carey’s Glitter from 2001); and then we are left at a crossroads. For the instance of a successful album, the choice for each of us is simple. We should hop onto the bandwagon of said artist if we haven’t, and enjoy the ride alongside the artist, as they travel to exuberant, lofty, insane and extravagant heights in terms of fame and success (all of it merited and warranted of course!). But in the other, much more rare case of us stumbling across and listening to an album that the critics loathe (or an album that we loathe!) … the choice isn’t that simple then. Is the artist your favourite, and hence them releasing a ‘bad’ album is a moot point because you’re going to religiously follow them still, and their career, no matter what? Or is the artist someone who you are indifferent towards, and therefore you don’t care if an album is commercially or critically ‘bad’ or not, because you don’t care about the artist?

LeAnn Rimes, a hit country star for the better part of 20-odd years; was an artist who has had massive hits like “How Do I Live” and “I Need You”. I hadn’t thoroughly listened to her entire discography; but I knew of her stardom and fame- so much so that I was really intending to check out her discography, and blog about her and her influence. When word came around about LeAnn’s new album god’s work (which I firmly thought was capitalised- like God’s Work!); at the time it was revealed that the album would release in May 2021- and I thought that I might as well review it, as I just knew in my heart that LeAnn was going back to her roots as a gospel singer. Never mind that her 2020 album was a ‘new age’ album; the fact that LeAnn previously released a 1997 gospel infused album full with inspirational songs, gave me hope that this upcoming album would be ‘back to the basics’ and back to something that would be edifying for all of our souls. But when I investigated further about god’s work, and listened to the pre-release singles… well that was the moment that I decided not to blog about her. LeAnn’s hits “I Need You” and “How Do I Live” alone objectively warranted a place in our blog series. And Leann was big in country music in the 90’s and 2000’s. But the new age music later on in her career still was a big turn off- and ultimately, I decided to not write about Leann. And that is a shame because aside from the 2020 album, LeAnn thoroughly deserved her spot. On any other day and written by another other person with no qualms such as mine; she’d be present on the list. But you know how you can get perturbed and taken aback by hearing something that you never thought an artist would record. That was me and LeAnn’s 2020 album… but I was still optimistic about God’s Work.

Then came the press release in April this year, and the announcement that everything would be in lower-case letters. This was not the worshipful, inspirational, and hopeful album that I was hoping, and maybe praying, for. And as I have been listening to this project for a few days ago- just to get my head around it; the verdict is that this release isn’t cohesive, it isn’t clear lyrically and thematically; and the focus is incredibly muddled. There are references to a lot of politics, and LeAnn is heavy handed many, many times. This isn’t a peaceful release in my opinion, despite the album title- and as I’m sure many listeners will be checking out this album because of the reputation of LeAnn; can I say that this album will influence a lot of lives? A number of songs showed up in a Spotify Christian music playlist; but these songs are not Christian songs, and these songs are overall not that edifying for the soul. And… if no other Christian youtuber or reviewer will speak up about the inherent dangers of this album masquerading as a Christian album… then shouldn’t I, as a believer and a reviewer? Sure, I’ll get flack from the left and the progressive Christians. But, in essence, I’m only letting you guys know what I have heard and my opinion. If this album brings you closer to God, then so be it. But I’m not feeling this album, and I don’t think I ever will.

It’s clear from the opening track “Spaceship” that LeAnn cries out to God in her time of need- but it’s not for His help, but for Him to bring her home away from the trouble and the heartache- as in to kill her earthly body. Isn’t that selfish? LeAnn’s vocals are inspiring, moving, and compelling; but that doesn’t detract from the ickiness of the melody, where LeAnn treats God like a genie rather than someone that you can have a real relationship with. A song like “Heaven Down Here” (by Mickey Guyton) is a track which conveys the message of “Spaceship” better, and if you have something to cry out to God… then how about asking for strength to make it through the day than just for the ‘easy way out’? Lyrically, “The Only”, with Ziggy Marley, Ledisi & Ben Harper, is a poignant track, but melodically, this song is a snooze fest, and I fell asleep several times; but whatever good will this song has earned has been taken away by the rather theologically problematic new-age-y “Awakening”. Just one read of the lyrics has me running for the hills, no matter how superb LeAnn’s vocals are (because the song is that bad!); while “How Much A Heart Can Hold”, a love song between LeAnn and her husband Eddie, but to me the track is tone deaf considering they both had an affair in 2009 while they were both married to other people.

“Throw My Arms Around The World” is a pro-world track that sounds like it’s a ‘prayer’ to the world and to ‘Mother Earth’, and that, my friends, is another song we should avoid at all costs (a ‘better’ song to listen to that speaks about caring for the world and for each other would have to be Cher’s “Prayers For This World” as well as Guy Sebastian’s “Get Along”); while “The Wild”, a political song with Sheila E. & Mickey Guyton, is a track that is intense, but doesn’t inspire me as much as it does confuse me- after all, is Leann praying to mother Mary and what does the refrain ‘the wild keeps her holy’ even mean? “Innocent” is another new-age-y song that we should really just pray against (this is the kind of song that demons can inhabit!)- just take a read at what LeAnn means by this song (it’s astral-travel!), and then shake your head in disbelief: During the pandemic I was doing a lot of somatic experiencing therapy. And I had this moment where I felt this piece of me drop into my body that felt like it was hovering over me for a while. When it did, I felt an overwhelming sense that all things were good for 48 hours. That was where “Innocent” came from because I felt like my innocence dropped back in for a moment—my pure joy and my own essence. The sentiment of the title track is noble and earnest (we are the hands and feet of Jesus, and we can do something practical, proactive and tangible), but other songs like “Hands And Feet” (Audio Adrenaline) and “Do Something” (Matthew West) are much more inspiring, impacting and powerful; while “Something Better’s Coming” vaguely speaks about heaven, but doesn’t go far enough- and songs like “Streets Of Gold” (Needtobreathe), “Save A Place For Me” (Matthew West), “There Will Be A Day” (Jeremy Camp), “I Can Only Imagine” (MercyMe) and “One Day” (Matt Redman) are all superior than this fizzler of a track.

“Imagined With Love”, a 2-minute piano ballad, is one of the ‘better’ songs (for lack of a better word!), as LeAnn sings about viewing everything through the lens of love rather than hate or fear; while the penultimate track is the prayer “There Will Be A Better Day”. But it’s unclear as to whom LeAnn is praying to- and that is a worrying concern. god’s work then ends with the Aloe Blacc duet “I Do”: Aloe’s version of John Legend’s “All Of Me”- in essence his ode and his song of gratitude and thanks to his wife for making him into the man that he is today.

Apart from the album closer (which is in essence Aloe’s song); there isn’t a redeeming quality about this lyrically strange album. LeAnn Rimes vocally is at the top of her game here. But that’s about it. You know how I mentioned how the listener needs to make a choice when an artist releases a career defining album? I reckon this is it for LeAnn. Some of you, like myself, will probably boycott LeAnn for a bit, and know that this is just one album- and then maybe we could dive in later to another future album. I know that’s what I’ll be doing for LeAnn, and also for Beyonce (because Renaissance is an album that I don’t believe is edifying in any way!). But if this album causes you to stumble (and it might)… then please boycott LeAnn for as long as possible. This doesn’t mean that “I Need You” isn’t inspiring, nor does it mean that you can’t be encouraged by listening to “How Do I Live?”. But if you feel it in your spirit that this album isn’t ‘right’, then by all means, don’t listen. I personally find this album disappointing because it had so much promise- but if it resonates with you then I guess that’s fine. Albums like these though, are potentially much more sinister than albums from Eminem, Jay-Z and Korn I firmly believe… because some people (even Christians) could confuse it for a ‘Christian’ album, and it has the power to cause people to deconstruct and believe in manifestation and all kinds of weird stuff that isn’t in the Bible. But alas, if you’re expecting a gospel album, a worship album, an album that clearly defines the gospel of Jesus Christ though; then this isn’t it. This is… something else all-together. Is this an album worth listening to though? It depends on your beliefs… but I personally wouldn’t touch this with a ten-foot pole. Does this review give you more clarity or not?

3 songs to listen to: Spaceship, Something Better’s Coming, I Do