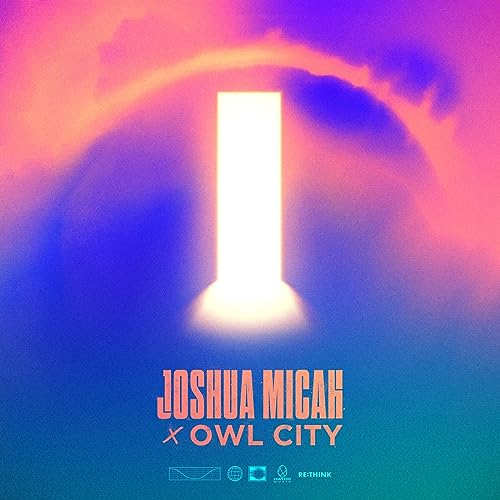 If there’s one artist that has come out of nowhere recently, and taken the world by storm, it is Joshua Micah. I can hear you scratching your head and thinking ‘Who?’. I mean, maybe I made a mistake, am I talking about Riley Clemmons, or Austin French, or Aaron Cole, or The Young Escape? Nope, I am talking about Joshua Micah. So, let me back track for a bit. Joshua signed to an indie label when he was 18, and although that experience, which lasted two years, turned out to be an experience that he learned something from, it ultimately wasn’t what God has in store for him; God indeed had bigger plans. With Joshua finally surrendering fully to God, and allowing Him to set the course for his life and music career, both the singles “Parachute” and “Who Says?” were born. Though “Parachute” released months and months before “Who Says”, it is in fact “Who Says” that I reckon will place Joshua on the map, and allow him to reach both Christian and mainstream markets, spreading the gospel to all the corners of the globe. A few months ago, Joshua’s debut EP 20Xx released, and let me tell you, there’s explosive and intense amounts of EDM here, and it’s something that I reckon will take off, on both Christian and mainstream radio.

With this introduction written for a review I posted in 2018 about Joshua Micah’s album 20Xx; it seemed as if Joshua would be a one-project wonder. In fact, to tell you the truth I forgot about him and his music. His poppy, experimental, inspiring and hopeful music that moves us all and encourages us all. It’s been about 4 years, and I hadn’t actively looked for any new music from him. I didn’t follow Joshua on social media… and thus I just, well fell out of touch with his music. Now, in 2022, a big surprise came my way in a very good way. Joshua has collaborated with Owl City (aka Adam Young- who also last released something new in 2018- Cinematic!) to create a hopeful and inspiring melody called “Let The Light In”. Though I’m not sure if this is a one-off song or part of a bigger project that’s yet to release; “Let The Light In” nonetheless inspires and is full of comfort and encouragement. It’s not overly preachy, but is inferred to be about God. And so, shall we proceed and listen to what I believe is one of the most underrated songs of 2022 thus far!

Truly, this collaboration is a welcome melody to encourage us all, and to soothe our souls. That’s all there is to it, and “Let The Light In” brings a smile to my face. Never mind that the melody is cliché. Never mind that it’s lyrically simple. This song is an earworm if ever there was one, and it’s extremely powerful in the best way possible. With the song sounding immensely like an Owl City song (similar to “Fireflies” or “Alligator Sky”; the heart-warming and passionate words of asking Jesus to let the light into our hearts, is a basic yet hopeful and much needed prayer that we all can pray. It’s been a long time since I’ve heard anything from Adam Young (and really, it is he who shines the most here!); and “Let The Light In” doesn’t disappoint!

“Let The Light In” is a powerful, emotional, honest and vulnerable prayer from Joshua Micah and Owl City; that we all should strive to pray and declare. That’s all there is to it. Joshua and Adam should be incredibly proud of their work together; and I encourage you all to listen to this song pronto! Well done Joshua Micah for recording this song, and I commend you for stepping out in faith and showing us that dreaming and acting on dreams can and should occur at any stage of life, especially when God prompts you to act! So, as I am sure that there are more songs in the pipeline; I look forward to when they release! Even if it does take a few years as it has with this track. And everyone who is reading, get on the Joshua Micah bandwagon now! Pronto! And now, I will leave you with a word of encouragement from Joshua- resting and sitting with Jesus and allowing Him to let His light into us, is important, don’t you think?

Do you ever think about how often Jesus left to be alone, rest & pray? The bible says it was very often.

It makes me wonder, how much more so do we need to do this.

Solitude is so important – we’re just so used to in American culture that if we aren’t publicly “seen” all the time, whether that’s physically or on social media, that something must not be ok with us. Nope. Don’t get me wrong, we need connection too.

Take time for yourself, receive rest & clarity like Christ did, often.