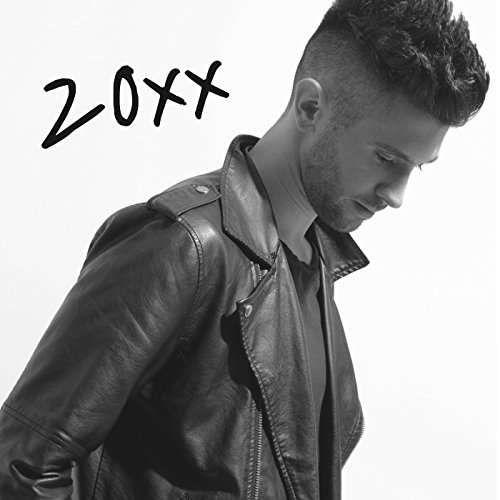 If there’s one artist that has come out of nowhere recently, and taken the world by storm, it is Joshua Micah. I can hear you scratching your head and thinking ‘Who?’. I mean, maybe I made a mistake, am I talking about Riley Clemmons, or Austin French, or Aaron Cole, or The Young Escape? Nope, I am talking about Joshua Micah. So, let me back track for a bit. Joshua signed to an indie label when he was 18, and although that experience, which lasted two years, turned out to be an experience that he learned something from, it ultimately wasn’t what God has in store for him; God indeed had bigger plans. With Joshua finally surrendering fully to God, and allowing Him to set the course for his life and music career, both the singles “Parachute” and “Who Says?” were born. Though “Parachute” released months and months before “Who Says”, it is in fact “Who Says” that I reckon will place Joshua on the map, and allow him to reach both Christian and mainstream markets, spreading the gospel to all the corners of the globe. A few months ago, Joshua’s debut EP 20Xx released, and let me tell you, there’s explosive and intense amounts of EDM here, and it’s something that I reckon will take off, on both Christian and mainstream radio.

“Who Says” starts off with a driving electronic synth presence and Joshua’s distinct and catchy vocals, as he ardently encourages us to ‘…see that wildfire in your eyes, keep on burning keep that dream alive, can’t let go of what you got inside, maybe it’s crazy, maybe it’s meant to be…’. We all have hopes, dreams, plans, things we long to occur in the future, and Joshua’s inspirational melody tells us that we can reach for our dreams, even if we do not have the spouse, job, car, family, white picket fence that we envision will happen in our lives at a certain point in time of our lives. If we have a dream that goes against the norm, or against the timing of when society says we’re ‘allowed’ to chase this dream; then does it really matter? Life is full of ups and downs, and, we certainly do not have everything together all the time. So why do we pretend to be perfect? We don’t have to. So, what if we don’t get married by 30, or have a stable job, or income, or still live at home? So, what if our plan to do x, y, z before this age fails? Do we really have to have a, b, c, d accomplished before we do x, y and z? Some things to ponder over, and though while Joshua doesn’t mention Jesus, it is implied that if we surrender to Him, life will never be the same- it won’t be predictable, it won’t be mundane, it certainly will be messy and filled with hardship, but it will be worth it! “Parachute”, Joshua’s other single, is more subdued, and is a reverent and contemplative prayer of admission and fault, that even in ‘…my wandering, I know that You’re here with me…You’re my one shot, You’re my go to, It’s a free fall, You’re my parachute…’, and is a solid opener, as we ardently sing along with Joshua and even remind ourselves that He is our parachute, and the only One we can hold onto when times are tough.

“Heart Stops Beating”, “Good Problems” and “Uh Huh” follow, and all are catchy, danceable, somewhat radio friendly, and all remind us that Joshua Micah is an impressive songwriter that deserves to have his name being put in the spotlight. While “Heart Stops Beating” speaks about Joshua loving a person (or maybe even God!), until his heart stops beating, that ‘…I won’t give up on you, cause you won’t give up on me…’, and “Good Problems” has Joshua speaking about how good problems are for his life, as it teaches him to handle adversity, “Uh Huh” probably is the most relatable song, aside from “Who Says”, on the album, as it speaks about the day Joshua met Jesus, and was changed from the inside out. Vividly singing about how he became a Christian, the testimony like melody reminds us that our plans can change, and that God can and often will use a curveball to derail our ‘plans’ that we believe to be the best, and set a course for us on His plan, which is infinitely better; allowing us to come to a place of surrender where all we want is His presence in our lives. Well done Joshua for a fitting way to end such a heartfelt and inspiring EP!

20Xx from Joshua Micah, is comprised of many anthems, not just for now, but for forever. A reassurance that everyone has their own unique path, which may be the same as someone else’s path but it doesn’t have to be. And just because you don’t do things in the right order, doesn’t mean that you are a failure. You’re not. You’re a child of God and are unique and special. End of story. Well done Joshua Micah for recording 5 songs that can transcend all boundaries and people from all walks of life, and I commend you for stepping out in faith and showing us that dreaming and acting on dreams can and should occur at any stage of life, especially when God prompts you to act! So, as I am sure that there are more songs in the pipeline, I look forward to when they release! And everyone who is reading, get on the Joshua Micah bandwagon now! Pronto!

3 songs to listen to: Parachute, Who Says, Good Problems