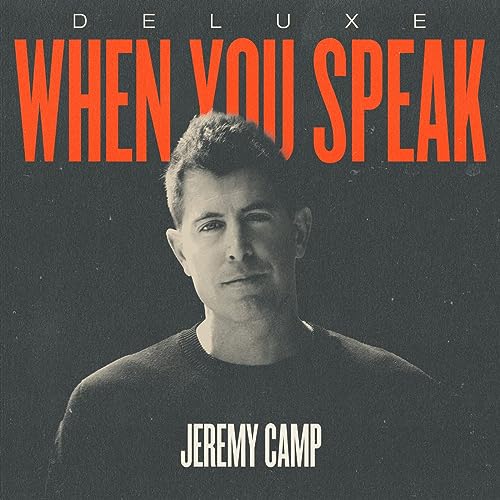 Have you noticed a trend? Christian rock artist ____ (fill-in-the-blank) wows the charts with a rock hit single, then covers a worship tune or releases an original worship tune or their most CCM hit unexpectedly charts at radio. Then the artist deviates from the listener’s preferred genre for them, and then keeps releasing radio friendly hits for stations like K-Love and Air1. Fast forward many, many years, and now you have said artist with a different fan base… sounds familiar? Kutless, The Afters, Sanctus Real and Building 429 have all been bands who released their debuts in the 2000’s, and have all had relative success early on as they released vulnerable, honest melodies with an alternative rock twist melodically. But now, you’d say that all of them are, for better or worse, firmly catering to the soccer mums and the stay-at-home families that home-school. Not that that is a bad thing by any means, it’s just how things have evolved, and which songs peaked on the radio and which time. Had “Light Up The Sky” from The Afters not soared, would we ever hear “Say Goodbye (Say Hello)”? If Kutless didn’t push for “Strong Tower” on radio, and instead heavily promoted their 2004 album Sea Of Faces instead, would we see an album full of worship covers in 2017? If the musical direction of Rise by Building 429 was honoured instead of a worshipful shift in Iris To Iris, would their latest single “Worry” be a rock tune instead? So many what-ifs, but it got me thinking. Jeremy Camp has had a stellar career so far, and he has produced hit after hit thus far. But his three most recent albums The Answer, The Story’s Not Over and When You Speak are very ho-hum to me; and with the release of Jeremy’s deluxe edition of his most recent album this past few months, I thought it would be fitting to analyse Jeremy’s albums of late. I personally haven’t truly loved an album from Jeremy’s since 2013’s Reckless. Maybe that’s because he’s now a minister and he’s probably doing music part-time. But for whatever reason, the hard rock edgy Jeremy Camp that we all were excited for… seems to have vanished.

Let me just say from the outset that I love Jeremy Camp and his music on the whole. His career has delivered standout hits and have always proved to us that someone who is as steadfast in his faith as Jeremy, can sustain an industry that is, for a blunter term, tired and uninspired. CCM has always been a mixed bag- you have artists that seem to press the musical envelope and provide uniquely artistic creations that seem to do well at both a radio level, and a creative mindset to- artists like needtobreathe, Tenth Avenue North, Matthew West, Zach Williams, MercyMe, Jason Gray and Third Day…but then there are a few artists that seem to provide to us, albums where we see the artist themselves giving us something that we can often deem as ‘middle-of-the-road’. Nothing against the artists themselves, but unfortunately, they would fall into the cookie-cutter CCM melodies that maybe they themselves would’ve liked to avoid when they went into CCM in the first place (I mean, certain songs would be good on each album, but rarely would each album nowadays stand out)- artists like Big Daddy Weave, Sidewalk Prophets, Kutless, Sanctus Real…and unfortunately I’d add Jeremy himself to that category as well. Whilst he still has standout hits like ‘I Still Believe’, ‘Right Here’ and ‘There Would Be a Day’, now in 2021, he has created an album that while objectively stands Biblically sound and lyrically impactful, still falls into the trap of being a ‘trademark’ CCM album that does little to distinguish Jeremy himself compared to his contemporaries- Sidewalk Prophets and Big Daddy Weave. I guess if I can actually imagine either Mike Weaver or Dave Frey singing these songs on When You Speak with ease- that’s not a good sign, is it?

This is not a Jeremy Camp-bashing session. Nor do I want it to be. Jeremy has delivered good songs here on this album- songs like ‘Steady Me’, ‘When You Speak’, even the radio-friendly ‘Here With You’ stands out from amongst the rest, and album opener ‘Can’t Take Away’ offers to us, something different that keeps the listener interested a little- if only for that particular song and nothing else. However, I’ve found that with every passing album, Jeremy’s ability to create an album that stands out- not only amongst other albums within his whole career; but stands out amongst all CCM albums releases of that particular year, seems to be becoming less, and less, and less. Jeremy’s heart for Jesus is tremendous, and yet I’ve found that with his albums of late, the songs on his albums are becoming less distinguishable between each other. That’s not to say that Jeremy’s songs in isolation, in and of themselves, aren’t good whatsoever. But when there’s plenty of CCM artists out there, and there’s a plethora of songs that release from week to week, there needs to be some kind of distinguishing factor that makes me want to listen to Jeremy’s music above everyone elses…and there unfortunately isn’t any driving force of late that will cause me to become excited by a Jeremy Camp album, let alone this album.

I’ve included this above excerpt of Jon’s review of When You Speak, because I firmly still believe that it is true. When You Speak (Deluxe) recently released, and as I was listening through the songs the other day, my indifference confirmed the inevitable- that now I only love the Jeremy Camp of old and not the Jeremy Camp now. I’m sure he’s a great person and everything, and yes, this also isn’t a Jeremy Camp bashing session. But these 13 standard edition songs to me are indistinguishable… and the bonus three songs aren’t enough for me to become instantly wowed again by Jeremy Camp. “Walls Come Down”, a standard pop/CCM song, is filled with a catchy chorus yet repetitive lyrics and a meandering pace that screams ‘K-Love’, as Jeremy passionately sings about walls coming down in his life and Jesus taking him deeper… which frankly is much better off conveyed in Carman’s “Jericho: Shout Of Victory”. “Say Amen” is a much superior ballad compared to “Walls Come Down”, and speaks about Jeremy’s active decision to praise God in the trials and tribulations- but isn’t this melody a rehash of “Blessed Be Your Name” by Matt Redman- lyrically and thematically? “Fierce Surrender” is a powerful piano ballad that is probably Jeremy’s most inspiring and encouraging song that has resonated with me since “Christ In Me” from 2015… but this one great song isn’t enough for me to even recommend When You Speak and When You Speak (Deluxe).

Here in 2022, I think I’m at the point when I have to sadly say that if Jeremy Camp keeps making music like When You Speak, then his music going forward may not be for me anymore. There seemed to be something musically unique and different and challenging about Jeremy Camp in his first five albums pre-We Cry Out, which quite frankly isn’t there anymore. I know I fiercely defended Jeremy Camp and him creating the music that he wants to, in my concluding paragraph on my review of Jeremy’s worship EP The Worship Project. I still stand by this. Jeremy is free to make music in whatever way he wants to and in whatever genre he wants to. Just as we as listeners are free to listen or not listen. However, on a more personal level, When You Speak (Deluxe) is more of the same for Jeremy. Here’s hoping and praying that Jeremy records something akin to his earlier stuff very soon. If not, then I’ll probably just listen more to Jeremy’s older stuff anyway. Side note that I found interesting: when you’re releasing a deluxe edition of an album many months later, why put only 3 new tracks and a radio version of a single, totalling 4 new tracks?

4 songs to listen to: Steady Me, Here With You, When You Speak, Fierce Surrender