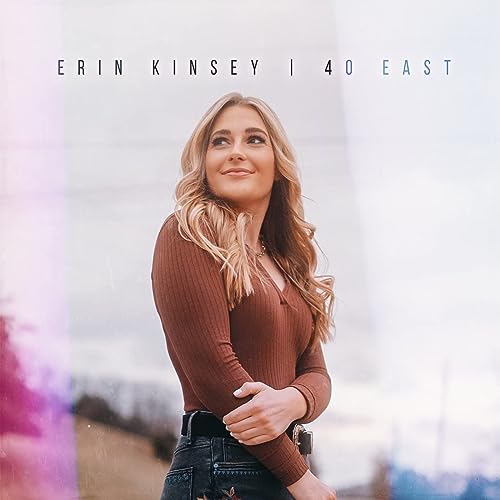 Since Jon and I have started our blog series about most influential artists of all time, I’ve been listening more and more to different genres of music. I’ve discovered that not all mainstream music is bad, and I’ve grown to appreciate, love and also anticipate albums from mainstream artists. And… let me tell you, the genre that I have since grown to love is the country genre. Isn’t that ironic? I don’t’ live in America, yet music about American culture and living in the ‘sticks’ and being patriotic for America and hanging out in Texas… resonates with me. How weird is that? Well, I’ve found that country music has that certain level of honesty, emotion, vulnerability, authenticity as well as relatability; and it seems that other genres seem to be lacking in those qualities just a bit. Yep, I reckon country music is even more honest than CCM music or worship music. You can call me a heretic or blasphemous, but I’m just outlining what I’ve observed. From artists like Maddie & Tae, Maren Morris, Thomas Rhett, Keith Urban, Gabby Barrett, Carly Pearce, Blake Shelton and Walker Hayes, to others like Carrie Underwood, Luke Bryan, Lindsay Ell, Cassadee Pope, Little Big Town, Lady A, Rascal Flatts, The McClymonts, Miranda Lambert, Florida Georgia Line, Chris Stapleton, Ingrid Andress, Mickey Guyton, Jimmie Allen and Russell Dickerson; the list goes on and on as to who has wormed their way into my heart and soul over the past few years. Enter in Erin Kinsey, who is a rising star in country music and who has just released her debut EP 40 East.

Naming this debut EP ‘40 East’ is very special to me. Highway 40 East is the road that gets me most of the way from Texas to Nashville, and it’s a road I’ve driven many times since I started coming to town with my family, my boyfriend, my friends, and Chewy (my dog). All of these songs, and this project, are a reflection of my life up until now, and one of the biggest parts of my story is chasing this crazy dream of mine. What I didn’t know, is that 40 East was taking me to so many of my dreams coming true, including this EP.

Now just like how I reviewed Jewel’s Freewheelin’ Woman not too long ago without knowing much of Jewel and her discography, so too must I with 40 East. I stumbled across this EP a while ago when it was on Apple Music for pre-order on my phone. I was searching for something new to listen to, and lo and behold, there it was. I’ve since listened to Erin’s music… and boy, can I say that it’s a joy to listen to and be immersed in Erin’s positivity, optimism, joy, and passion for life in general. There isn’t much known about Erin except what is on her website and on social media, so you can google her if you want to. But 40 East and listening to that project even while not knowing much about Erin, if at all; well that kinda opens the door to her life a bit, and these melodies is like being invited into a personal area of her space and her heart- and for us all, it should be an honour and a pleasure to be considered worthy to hear Erin’s inner-most thoughts and her heart for what she believes in.

I started writing songs when I was around 11. I’ve written hundreds of songs. I’m just so excited to have this project. It’s five songs, and an alternate version of ‘Just Drive.’ It’s something that I feel really encompasses my life so far. Most of the songs are either about my boyfriend or about me moving, and those have been two really big things for me up until now, being 21. These are five songs I’m really proud of. I feel like they encompass me, and I hope that people, after they listen to them, feel like they know me a little better.

I’m definitely nervous, just because a lot of the songs are really raw and real to me. I hope that people like them and hear them the way that I want them to. It’s a leap of faith of just putting a version out of me that I feel like is really honest to who I am. It’s always nerve-wracking to put out something that feels so honest, but I’m also just excited for it to be out in the world. Like having a wedding day, I’ve dreamed about having my first project out for so long.

Opening proceedings on this EP is the short but punchy and impacting “Just Drive”. A powerful country/pop/rock tune that is only 2 and a half minutes long, Erin eloquently and fervently relays that she is so in love with her boyfriend that she just wants to be by his side and in his presence- so much so that she’d rather stay with him while he’s still driving in his car- to no specific destination. It’s a pure love song that describes the love Erin has for her boyfriend; and as we as listeners are reminded that there is a love out there than is for us that is as intense and as innocent and as pure as Erin’s for her boyfriend; this song inspires us to keep believing that that love will eventuate in its own timing. With a more accessible radio friendly version of “Just Drive” rounding out the track list, Erin’s opener and lead single is fun, poppy, danceable, encouraging, and relevant- perfect for the times we are living in at the moment.

The rest of 40 East is jam packed full of country goodness and poppy, danceable moments. “This Ain’t Heaven”, a guitar led mid-tempo ballad, reminds us that happiness on this side of eternity is only temporary, however Erin believes that spending time with her boyfriend and being around loves ones and family members is the best part of what this life has to offer- a reminder that living in the moment and being present with your own loved ones will bring joy and happiness to you this side of eternity; while the serene, calm and powerful “I Got You” is another song directed to Erin’s boyfriend. As Erin sings about how everything special about him reminds her of her hometown and her family, we are reminded that we get along with people generally, and then as time progresses, sometimes they can remind us of home and the feeling of security and comfortableness. Though that’s not a reason to stay with someone… but what Erin says is that her boyfriend reminds her of home and that’s great, not ‘I’m staying with my boyfriend because he reminds me of home’. Two different things. Coming from two very different places in the heart.

“Hate This Hometown”, a personal, powerful piano led ballad, speaks about Erin’s conflicting feelings towards her hometown and how she doesn’t hate it anymore because of her boyfriend; while I myself am reminded that though I don’t have any good or bad memories about the street or suburb I live in (because I still live at home!), that feeling of homeliness and familiarity and comfort and being safe is still a feeling that I have when I’m at home. Maybe it’s different in an American small-town where everyone knows everyone? This song is a melody that actually confirms to me that someday, I want to visit America and do maybe like a road trip from the west coast to the east coast or vice versa. Anyway, maybe it’s the glamorisation of small towns in America through country songs that has be saying things like this… if it is partly, then I guess Erin has done her job well! The final song, “Better On Me”, is a nonsensical, joyous melody about her boyfriend’s T-shirt and how he said that it looked better on her- it’s a party track that is perfect for dancing and swaying to.

In a lot of ways, everything has changed, but even more, I feel like I’m just still grinding it out, the same way I was when I was 11 in my room trying to figure out how to play the guitar or how to write a song and how to rhyme words. It’s been a really crazy ride and the last year has been really exciting, but it’s also made me realize that a lot of the times when I didn’t feel like anything was going in where, that the ball wasn’t moving forward, it’s easy now to look back and realize that it always was.

Erin Kinsey’s 40 East is an EP that isn’t particularly inventive or creative musically. But it has heart and soul and passion and encouragement and inspiration- and for that I’m glad I listened to this EP and I’m glad I voiced my thoughts. Erin is a country star in the making- so watch out world because she is coming and taking the world by storm! Well done, Erin, I can’t wait to hear what your full-length debut album sounds like!

3 songs to listen to: Just Drive, I Got You, Hate This Hometown