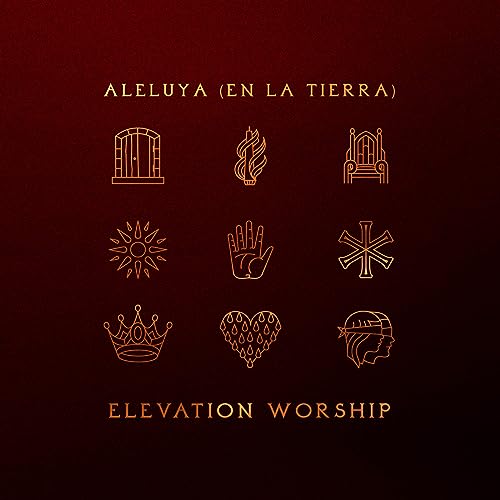 Do I need to say anything more about Elevation Worship that I haven’t encapsulated in this in depth introduction paragraph from a while back? Probably not. These guys are quite popular now, given their heavy radio rotation of songs like “O Come To The Altar”, “Do It Again” and “Resurrecting”. Their latest single “Echo” features Tauren Wells (and is a big bolter for WOW Hits 2020)…so what do these guys do now after unveiling probably one of their most inspiring and powerful live albums ever? You’d expect them to release something new right? Another live album wouldn’t be a bad thing, right? Wrong, I guess! If you’re on a good thing, why change it up?

Last week, Aleluya (En La Tierra) released. Yep, it’s the Spanish version of Hallelujah Here Below. While I love albums sung in another language- it allows God to move and you to be more susceptible to the Holy Spirit; I reckon this release is overkill. Why release this album now rather than at the end of September when the original album released- so as to gain the most momentum? It seems like these guys are milking the album for all it’s worth (which has nothing to do with these heartfelt and earnest songs, but rather the timing!), however I still enjoy this album as a whole in its own right. I’m still hanging out for another live album (or a studio album!) of something new, but I guess I should take what I can get with Elevation Worship!

While the band is still on the rise, and many songs from Hallelujah Here Below propelling Elevation Worship to even greater heights than “O Come To The Altar”, “Do It Again” and “Resurrecting”; it seems that the group are unexpectedly excelling without Mack and London. Sure, they will miss these guys because of their experience and the worship leading ability; however the evidence from the past three albums Hallelujah Here Below, Paradoxology and Aleluya (En La Tierra) is resounding and hard to ignore. With the next all-new album maybe being at the end of the year or next year sometime, let us hope and pray that the awesome music that was present in Hallelujah Here Below continues. And who knows, maybe on future listens to Aleluya (En La Tierra) will heighten my enjoyment for this unique offering from these guys. So…bring on the next album sometime this year/early next year!