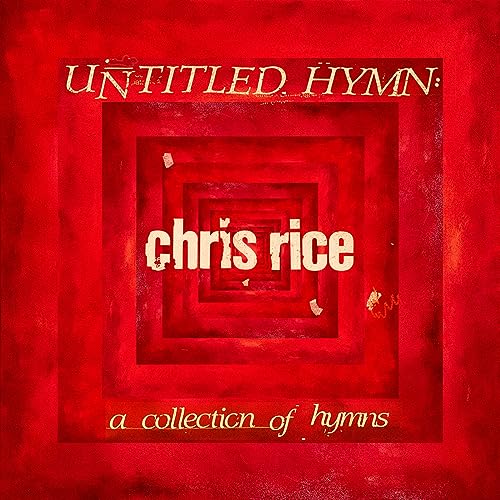 “…I kind of disappeared. As an introvert, it was really easy to just step away. I loved what I was doing — touring, writing, recording and all that — but as an introvert, it really took a lot of energy, attention and focus. All of that was going to complete strangers all the time and as an introvert I didn’t want my whole life to be like that. I just quietly let my band know a year and half a head of time, ‘Hey start looking for other work. I’m going to be phasing out for a while,’ so I kind of faded from public. I feel like part of it was realizing I love to do this, but my life cannot be about all of this. All of that attention and energy of who I am was being spent on thousands of strangers, who are great people and awesome and worthy, but I could not keep up with all of that. I was sacrificing my friendships and family and neighborhood and not being a good friend, brother, son because of all the attention required by all these other people. I had to find a healthy way to say no to things without frustrating other people or making them feel like I was angry or anything. I knew I was introverted, but I didn’t know how much harder it would be when you’re a public person. My reaction was the part that surprised me: ‘I can’t pull this off. My life can’t be like this,’ which was sad to me, but I needed to take care of myself…”

When you’ve been out of the music scene for more than a decade, how should your comeback album sound like? Musically similar to the type of songs popular when you left, or genre-wise what is current? Chris Rice came back to music earlier this year after being more than 10 years away- and released a duet project in January with Andrew Ripp under the moniker RIPP + RICE, titled Songs We Wrote On Tuesdays. Fans of Chris Rice, and his smash hit songs such as “The Other Side Of The Radio”, “When Did You Fall”, “Bigger Than”, “Nothin’”, “Deep Enough To Dream”, “Go Light Your World” and “Untitled Hymn (Come To Jesus)” will find this folksy, bluesy effort to be a bit disconcerting and jarring. But…never fear guys. Because for fans of Chris’s music what would like to listen to something a bit more reflective and contemplative and ‘his style’, then Chris’s latest hymns album Untitled Hymn: A Collection Of Hymns is the perfect album for you!

Hymns have been recorded time and time again, and many renditions have been recorded across the ages by Christian and mainstream artists alike. Some of these versions excel yet others fall flat. And while most modern-day hymns are ‘beefed up’, ‘reinvented’ and ‘reimagined’ or sometimes ‘altered beyond recognition’ and ‘botched up’; Chris’s renditions of these 12 classics (inclusive of his 2002 hit “Untitled Hymn”!) comprise of a more traditional approach. Chris and his piano, or Chris with strings and piano is what you’ll find here, and while some of us may groan and say ‘where’s the guitars and the drums?’; perhaps an album full of softer tracks can help us clear our cluttered mind and focus on the eternal truths of Jesus. Sometimes we’re focused on the music too much, that we forget that sometimes in order for the song to be palatable to our ears and to sound current at the same time, lyrics take a backward step. Not that it’s any fault of the singer or the songwriter- it’s just that that’s the way the music market is right now. So for Chris to release one- a surprise album, and two- an album full of tracks that sound like it’s from the 70’s, 80’s or 90’s (in a good way!); well I reckon that diversity is reason enough to check out this record, right?

As well as “Untitled Hymn”, the song choices are pretty spot on here, and Chris sings to perfection- like he never left! “What A Friend We Have In Jesus”, “Amazing Grace”, “Leaning On The Everlasting Arms”, “Fairest Lord Jesus” and “This Is My Father’s World” are highlights within the 12-song tracklist, while “O For A Thousand Tongues To Sing”, “There Is A Fountain”, “Hallelujah What A Savior”, and “Were You There” round out the more lesser known hymns. “Too Much To Love”, the 2 minute album closer, is Chris’s only original on this album, while for me the only ‘nit-pick’ on this release is that “When I Survey The Wondrous Cross” is sung as the original hymn, and not the worship tune “The Wonderful Cross” that Chris Tomlin and Matt Redman have written a while ago and made famous. This track resounded with me much more than the original hymn (and for that matter, why didn’t Chris Rice sing “Amazing Grace (My Chains Are Gone)” rather than just “Amazing Grace”?)…but perhaps Chris wanted to stay true to how the hymn was originally conveyed? Tracks like “Blessed Assurance”, “In Christ Alone”, “I Surrender All”, “Just As I Am”, “Be Thou My Vision”, “All Hail The Power Of Jesus’ Name”, “Holy, Holy, Holy”, “Jesus Paid It All”, “Turn Your Eyes Upon Jesus” and “His Eye Is On The Sparrow” are all absent (did I just name a possible sequel to this hymns project?)- but that’s enough nit-picking. If you’re a fan of Chris’s previous music or of hymns in general, then Untitled Hymn: A Collection Of Hymns is perfect for you. If you enjoy modern hymns much more, then I guess you could stick to Newsboys’ Hallelujah For The Cross or Casting Crowns’ Glorious Day: Hymns Of Faith.

“…For a lot of reasons, I feel like my whole career may have been just to have a platform to bring attention to these songs, not just my own songs that I wrote. I really felt that way about the first hymns record and it’s kind of proven itself true over time. Those are the recordings of mine that have gotten the most attention by far than anything else. That thrills me. These are songs that were written hundreds of years ago by theologians, not someone trying to be on the radio, so there’s a lot of weight and meaning. They were writing songs to preserve truth, and many times for congregations who were not literate so they could learn it and hold onto it forever. I see a value in that…most of my adult life, I didn’t get to be a good neighbor because I just wasn’t home enough and I feel like I’ve had this period now where I know my neighbors, people who work in my neighborhood and there’s something really fulfilling about that right now. I still get to be creative and active and have ways of contributing to the world, a little more quietly than I used to, but I still have that. I’m in a balanced spot right now I’m super happy about…” For the hymns purists, this album is a match made in heaven, and made by the angels. But if you’re like me and what a bit extra musically, in terms of more modern renditions of hymns, then maybe this album might only be enjoyable in smaller doses. While Chris is back in the music fold now, we have to wonder though still. Might we be seeing more albums in the future, or is this just a one-off? Is Chris Rice permanently coming back to music? I guess these questions will keep on being asked until there’s a concrete answer (or another album from Chris!) yet Untitled Hymn: A Collection Of Hymns should be enjoyed in its own right. There’s heaps of lyrical gems here, and Chris has recorded a project dear and near to his heart- and here’s hoping that this is the start of a beautiful and fruitful re-entry for Chris into music. For now though, 2019 is looking good with this collection of 12 emotional hymn renditions- and here’s hoping that whatever’s next will be equally as compelling.