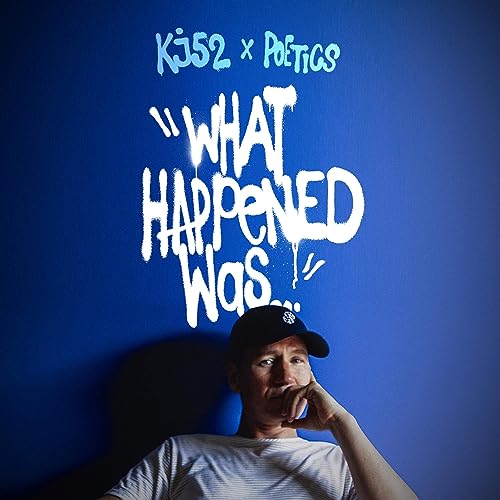 Over the 20 years of doing music full time I’ve accumulated a lot of unique experiences, my hope and desire with this book is to have a conversation with you about some of my greatest triumphs, joys and failures. “What Happened Was…” is a compilation of true stories from my childhood, music, songs, touring and more. I’ve lived a charmed life! Picture you and I sitting in a room telling story after story about every aspect of my experiences. Ever wanted to know the backstory on a song? Ever wanted to know my perspective on a issue? Ever wanted to hang out with me for an hour and have me share my knowledge and wisdom I’ve learned from a life of music and ministry? This book is for you. Each story will come with it’s own ‘soundtrack to this chapter” section to help you experience exactly what I was feeling when I was going through that moment. This being my first auto-biographical book I wanted to allow fans the opportunity to leave quotes, pick questions and to have their name in the credits. This book was funded by the fans, inspired by the fans and written for the fans! Thank you so much for your support throughout the years, you make what I do possible

For the better part of my 29 years on this earth, I haven’t had even the slightest inkling to listen to rap, for various reasons. I don’t really know what the reason was, but I do know that there was one indeed- maybe it was an unfounded reason. However, of late, my music tastebuds have changed, and hence arise my appreciation for other genres besides pop and CCM. For me, country gets a good go of it as a genre played on iTunes; yet I reckon ever since I was wowed by artists like Lecrae and NF, rap no longer is stigmatised by myself, now earning a well-deserved spot on my iTunes and Spotify playlists for the foreseeable future. One such rap artist that has shown me that music that isn’t sung but talked really fast, has its merits; is KJ-52– real name Jonah Sorrentino.

If you want to read more about KJ, I wrote a review of Jonah Part 1 in 2017, Jonah Part 2 last year, and KJ’s Christmas album last year as well, so before you check out my thoughts of KJ’s latest album (a studio project of 8 songs titled What Happened Was…), you can take a read of those reviews aforementioned. Or you can check out KJ’s Wikipedia page. But if you are a bit tired (like myself all the time, lol!) and would love the cliff-notes version of what KJ is all about, let me make it brief for you. KJ has recorded plenty of albums, guested in various compilation projects, won plenty of awards, and also received his fair share of online criticism, particularly from Eminem fans. Yet what KJ has never done is write a book. That is until this year. What Happened Was… is a book that KJ just released (and personally a book I’d want to purchase and read very soon!)- an autobiography of sorts; and in conjunction with this release, KJ has unveiled a companion CD by the very same name. What Happened Was… may be only 8 tracks long, however it’s packed full of KJ goodness that would encourage anyone to be a fan of rap music- yes even the most cynical person.

For me it took a while to fully understand the album. I’ve found that KJ speaks in riddles sometimes, and there have been instances where he raps too quickly for me to catch what he’s saying. However with great determination and perseverance, I endured what I think is a great interpretation, and hence a solid album. “Beastmode”, the album opener, kicks things off in energetic fashion as KJ raps about how awesome the King of Kings aka Jesus is- his freestyling is just as good as he’s ever done; while “Go For It” is insane (a good way!) in terms of rapping, as KJ overtly presents us with plenty of popular culture references, from Forrest Gump, Lethal Weapon, Goodfellas, and Usain Bolt; to Django Unchained, Dumb and Dumber, and Patrick Swayze- and it’s all in the name of encouraging us to run the race that God has set out before us to undertake. “Big Enough” inspires and encourages also, as KJ reiterates that our dreams are in fact big enough for God for Him to undertake for us; while “Flex” has KJ outlining that notion to us that as Christians we need to ‘flex’ our faith and show off Jesus to others in order for souls to be won over to the Kingdom of God.

“Have A Good Day”, probably the most pop song on the album (in the chorus anyway!), features V Rose singing an incredibly irritating chorus refrain, outlining that she’s going to have a good day despite her circumstances; while “Depression Nap” is where the album is at its lowest point. KJ tries his hand at singing- which gets 10/10 for effort, but not much more, as he reiterates that whenever we’re feeling tired and weary, we can turn to Jesus; while What Happened Was… ends with two seemingly left-field out-of-place choices. “Gimme That Chicken” speaks about KJ’s love for the fast food chain Chick-fil-a and his longing to eat some chicken, while “Jim And Pam” speaks about the relationship with his wife and how he is aiming to make it more rock solid like Jim and Pam’s relationship from the show The Office. On the surface these two songs are filler, but a closer listen reveals that they’re needed- as it shows us that KJ is a three dimensional person, with thoughts and feelings that can be superficial, fun and cheerful. He can sing about nonsensical things like chicken, and more serious things about his relationship with his wife. Not every song has to be about Jesus to be good, or to be inspirational. So if you prefer KJ’s more serious material that speaks directly about Jesus, then you can bypass the past two tracks. Otherwise you can enjoy these songs for what they are- songs about life.

With What Happened Was… being way more cohesive than both Jonah’s, we are inspired and encouraged by KJ-52’s latest offering, to live life to the fullest, according to God’s will and purpose. Even if you do not like rap, this project is a must listen for 2019 (as well as NF’s The Search!). In fact, if you love music in general (how could anyone not!), then you will definitely find a song or two that you will love on What Happened Was… There’s nothing really more I can say to you that could make you want to listen to the album. So I will say this- take a listen, and if you like it, that’s great. If not, that’s fine too. Personally, I reckon the album is great- although I will always love Dangerous as a KJ-52 album above all else. The many guest vocalists add a different dynamic (in a good way!) and I cannot wait to see what KJ does next! Well done KJ, can’t wait for your future endeavours! Time for me to watch The Jonah Movie, don’t you think?

3 songs to listen to: Go For It, Flex, Gimme That Chicken