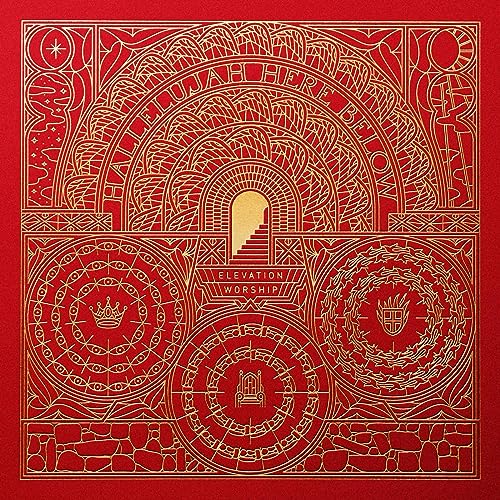 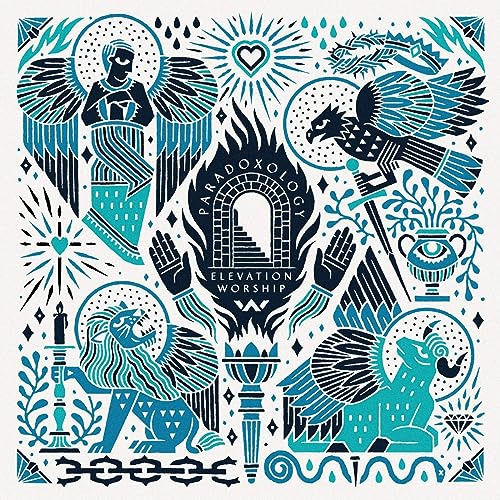 By far the most engaging and powerful song on Hallelujah Here Below is “Echo” with Tauren Wells on guest vocals. A joyous, poppy, radio friendly ball of energy that last for 4 brief minutes, the infectious celebratory nature is contagious, as I am met with an electronic keys led dance anthem, exquisitely led by Tauren, as he fervently relays to us that ‘…Your love is holding on and it won’t let go, I feel it breaking out like an echo, echo in my soul…’. Displaying the kind of cheerfulness that needs to be present particularly when two members suddenly leave, Elevation Worship have unveiled a fan-favourite and crowd-pleaser; while the start of the album is also a highlight as well, as these ballads, while long, don’t seem to drag, neither are they boring. The title track, “Won’t Stop Now”, “Here Again”, and “Worthy” are some of the most inspiring and moving Elevation Worship songs I’ve heard ever, while upbeat and celebratory songs like “God Of The Promise” and “Then He Rose” are sure to engage us over and over. The only drawback on this album is the lack of upbeat tracks (“Echo”, “God Of The Promise” and “Then He Rose”), while “Power” and “Mighty God (Another Hallelujah)” meander along a bit and seem a bit too long in duration for my liking. And as far as replacing the great Mack Brock and the great London Gatch; I guess no one can, but these guys make a good crack at ushering in the new generation- which will hopefully be at the helm for a very long time. 14 tracks is quite long, but the guys at Elevation Worship are earnest, honest, and real. And emotional too. What else can you ask for? Paradoxology is a well recorded alternate interpretation of Hallelujah Here Below (especially their rendition of “Hallelujah Here Below” with Steffany Gretzinger!); yet there’s something special about a live project in general that gets me every time. Hallelujah Here Below overall is no different, despite a few hiccups.

While the band is still on the rise, and many songs from Hallelujah Here Below expected to propel Elevation Worship to even greater heights than “O Come To The Altar”, “Do It Again” and “Resurrecting”; it seems that the group are doing just fine without Mack and London. Sure they will miss these guys because of their experience and the worship leading ability, however we must have faith in the newer guys that Jesus would guide their steps in respect to leading people in worship just like in this album. With the next album maybe being at the end of the year or next year sometime, let us hope and pray that the awesome music that was present in Hallelujah Here Below continues. Paradoxology was great, but we all want another live album! Well done Elevation Worship for this surprising project (in a good way!), one of my favourites of this year/last year (although nothing can top “Do It Again”!). Bring on the next album sometime this year/early next year!