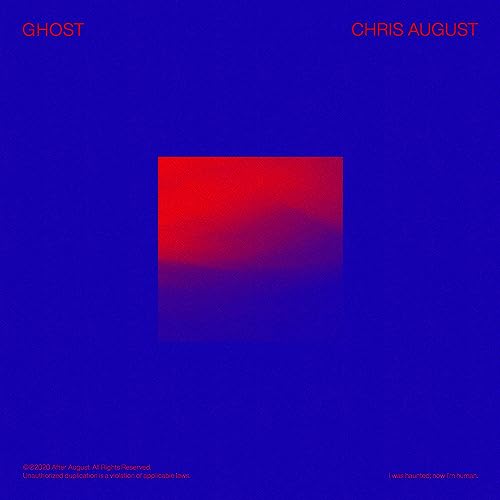 Chris August has had a whirlwind career of late. Since being signed by Word Label Group in 2010 and releasing his debut album No Far Away that spawned hits like ‘7×70’ and ‘Starry Night’, Chris received the Best New Artist at the 2010/11 Dove Awards, as the world took to his soul pop singing style (as he had a similar musical undertone to that of either Shawn McDonald or Jimmy Needham, both of whom I reckon are terribly underrated, even now!). Over the years, Chris’s fans have amassed, as Chris himself unveiled to the world more music- from hits like “The Maker” and “Center of It”, to the popular radio version of “Unashamed of You” and the power ballad “Restore”. Chris’s switch from initially being a mainstream artist to devoting his time within the CCM circle- and then again to be an independent artist after all this time, has paid off. 2018 saw Chis unveil to us a tremendously underrated EP titled Seasons with standout songs like ‘Nothing’s Beyond Broken’, ‘Lips’, ‘Worry’ and ‘Moonlight’ to name a few; and with that album setting off a chain reaction in EP releases (post-Seasons, Chris has given to us his 2018 EP What You’re Looking For and his 2019 EP Everything After); Chris is now back in 2020. Upon the heels of his standout songs of 2020 ‘Only You’ and ‘Gave You My Heart’ (review can be read here), we see another musical offering from this folksy-acoustic/pop artist, in the song ‘Ghost’, a song standing at just under 3 minutes, and one that I may not have listened to, had it not been for Chris August and his own reputation as an artist.

I was in the corner of a crowded room, taking up space like the living good
In the light of day, I’m waiting in the dark for someone like you to see my heart
All I wanna know is, how’d you even find me when no one ever noticed before?
All I’ve ever felt is, the spirit of the lonely, guess I’m not a ghost anymore

Excerpt of the lyrics of the song ‘Ghost’ by Chris August

‘Ghost’ speaks about this longing for people who are unseen, forgotten, different, underappreciated, the people that fate seems to deal a cruel hand, to be loved, respected, honoured, cherished, and above all, seen and accepted for who they are, no matter how many flaws they may have. Chris’s song ‘Ghost’ depicts this message ever so poignantly and heartfelt, as we see the persona of the song wanting to be noticed; and wanting to know ‘how’d you even find me when no one ever noticed before’- either talking to someone else who took the time to connect, or even talking to God Himself- asking Him, ‘why bother loving me when no one else can or even could?’. There’s this notion that the ‘different’, for whatever reason, need to be otherised, in a way that seems to ostracise the people that God Himself came for, the least of these, the downtrodden, the people we deem and label as ‘ghosts’, the forgettable people. Ghosts, by popular definition, are souls that are forgotten, the ones that seem to hang around because of unfinished business on earth. That’s what popular definition says of ghosts. While I won’t go into the biblical definition of ghosts, what I will say is this- such a song titled as ‘ghost’ is a reminder that many people around the world may feel this way- unseen, unheard of, and even unloved, for whatever reason. Chris’s track can hopefully give solace in the fact that just because someone’s experience is that of being pushed aside, doesn’t mean that everyone is going to behave like that. This is a song of healing, of someone feeling like they are a ‘ghost’, and then realising that someone cares for them (God or even someone close to them), all the while. A song that can hopefully allow people to reach out to the least of these, and make them believe the things that maybe they don’t’ believe anymore, this is a song that can hopefully bring a call to action, to be kind to people we meet, regardless of our initial assumptions of these people that God loves as much as we loves us. Well done Chris for such a standout song during 2020/21. Can’t wait for another full-length album and a follow-up to The Maker, whenever that arises.