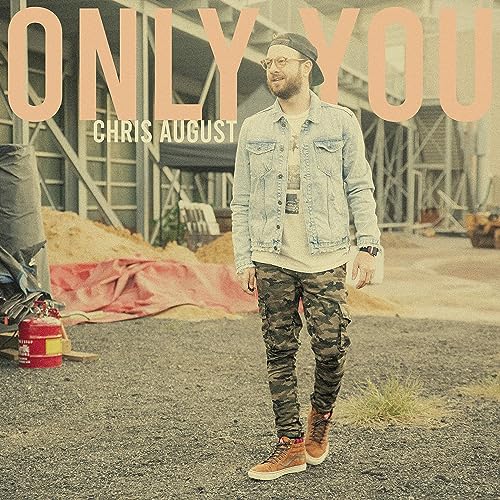 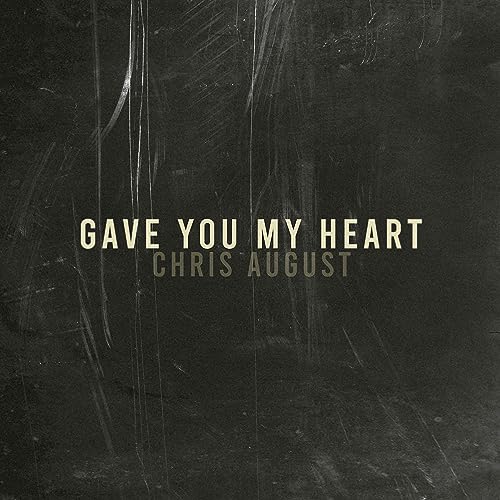 Chris August needs no introduction. No seriously- if you want to know more about him and his music, just read my brother Jon’s review of Seasons which released a couple of years ago. Or you could read Jon’s review of Chris’s brand new EP Everything After! Now, have you finished? Well let me tell you that just this past week, Chris has unveiled a brand new single “Gave You My Heart” on top of his first single from 2020 titled “Only You”. Now I don’t know if these two songs are going to form the foundation for a brand new studio album from Chris later on in 2020, however in my own humble opinion, I reckon that these two songs are a breath of fresh air to myself, and hopefully to others. As Chris isn’t tied to a label anymore, I suspect that he’s not that concerned with whether critics will love or hate his latest offerings. But let me just quickly voice my opinion- and then if you all hate these 2 songs, you can go back to listening to “Starry Night” and “Center Of It” and “The Maker”, ok guys? This will only take maybe around 5 minutes of your time…

Released at the end of January this year, “Only You” is a tad over 2 minutes (probably the shortest song of Chris’s entire career!) and one could think that on a track like this, Chris is absolutely phoning it in, and going through the motions. Yet I’ve found that even on a track that is only 120-odd seconds long, that Chris makes this song say volumes in every second- and packs an insane amount of truth and feeling inside. The same goes for the just released “Gave You My Heart”, and on both songs, Chris puts Jesus front and centre. On the laid back and acoustic “Only You”, he emphatically relays to us that ‘…You’re the something that could never be replaced by something better, You’re the sun above the weather, something tried and true, so when it comes to forever, there is only You…’, and while we don’t know if Chris is singing about his wife or about God- well it doesn’t matter on a song like this because either way the sentiment still rings true! While on “Gave You My Heart” Chris is more intentional with his words in relation to how he focuses on Jesus as opposed to a generic ‘love’ song, as on this track he relays to us that he longs to get back to the faith that he had as a child, asking God to ‘…consume me with Your love, set my heart on fire, I lay down everything I’ve been holding, I give it all away, You are all I desire, take me back to place where we started, where I gave You my heart…’.

With these two songs just releasing in the past year, and being the most surprising song releases of the year thus far (given that there’s no press release about these tracks at all!), Chris August’s latest effort is one to cherish, remember, savour and highlight, as both songs have a double meaning (although “Gave You My Heart” seems pretty overtly Christian to me!), and there’s no denying that Chris’s passion oozes out of every song he sings. With Chris’s unique musical style that sets him apart from other CCM artists like Josh Wilson, Brandon Heath or Matthew West; Chris continues to wow fans and critics alike with his whimsical fun atmosphere, his serious moments of heart and hope, as well as songs that are just plain enjoyable and fun, with these tracks being no different.

In the past Chris has recorded fun melodies like “Candy Wrap” and “The Discount Song”, and so for him to go back to his roots as a believer and unveil more faith based material isn’t anything surprising. What is surprising is how much I enjoy the songs- you’d think after sporadic releases from Chris that my enjoyment would falter a bit…but it hasn’t. Goes to show you that a great artist is a great artist, no matter how far they are away from the spotlight. Anyway, Chris certainly needs to be congratulated here, and these songs are perfect for anyone who loves soul-pop, and enjoys music by similar style artists like Unspoken, Dara Maclean, Shawn McDonald or Jimmy Needham. Well done Chris, can’t wait for the next album whenever it releases!