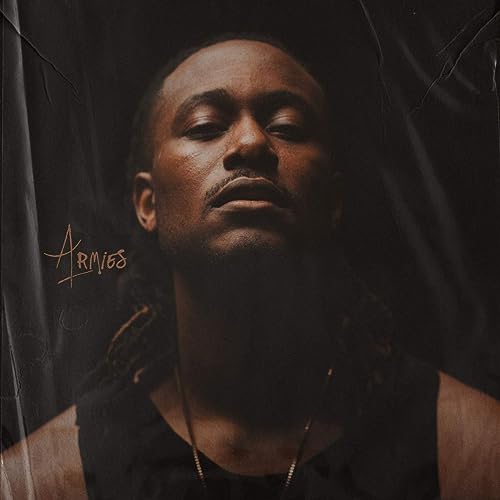 Aside from well-respected rapper Lecrae, I reckon probably the most impactful and inspirational rapper in the CCM industry would be KB. Born Kevin Burgess, KB has taken the world by storm ever since his debut album Weight And Glory in 2012 on Reach Records. Since that time, KB has dropped 2 more albums (Today We Rebel and Tomorrow We Live), while a 4th project is due to release in 2020. And while I myself haven’t actively followed his music career like how I have with Lecrae’s discography, that doesn’t discount the fact that KB’s tracks are nonetheless still passionate and poignant and impacting. Personally I haven’t had much experience as a rap listener (even with Lecrae’s music, it’s a song here and a song there, and not ‘let’s sit and chew on a full album in one sitting!’), yet KB’s unexpected move from Reach Records to Provident Label Group early on this year certainly piqued my interest. As has the brand new single “Armies”. Perhaps this year is the year that I will branch out into listening to more and more rap (as even this year, I’ve listened to rap artists like Lecrae, NF, Social Club Misfits and others more and more!), yet for those who aren’t familiar with KB’s discography, I reckon “Armies” is a great place to start!

With the song paying homage to Chris Tomlin’s hit worship song “Whom Shall I Fear? (God Of Angel Armies)” in that song lyrics are used with permission, as in taken verbatim; we are introduced fairly early on to a musically eclectic and diverse atmosphere. Sure, there’s rap here by KB, yet there’s also some brief ‘singing’ in the chorus and a heavy gospel choir added in as well. For the untrained ear and eye, perhaps you could say that KB is expanding into multiple genres at once? I’d say so…and perhaps this is due to the rapper changing labels and altering his musical approach because of directions from the new label. But whatever the case, this track is still intense and encouraging, and I myself have enjoyed it. But for the rap purists out there, perhaps “Armies” won’t be your cup of tea. There’s more than one genre encompassed here, and that’s what I reckon will floor people and put them in a loop. Yet a deeper listen is indeed needed in my opinion, as KB gifts us probably the most vulnerable and honest song of the year. Declaring that Jesus, the God of angel armies, is always on his side and that he can conquer anything thrown at him because of the risen Saviour by his side, “Armies” is a no-nonsense, no-holds-barred, impressive new single from an artist who is quickly becoming more and more popular by the day. In this time of COVID-19, where everyone’s spirits are low, “Armies” is sure to encourage and inspire us, as I am blessed to hear about how God is for us, and with us, and behind us, and that ‘…the God of angel armies, is always by my side…the one who reigns forever, He is a friend of mine…’.