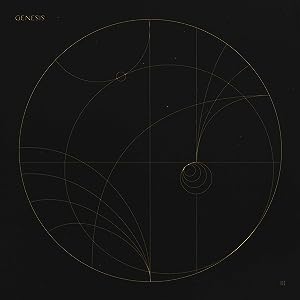 ‘…it’s hard to review an instrumental album. With just music and nothing else, something like Michael W. Smith’s Glory where I would have no clue what to write about. Talking about the music and nothing else never sat right with me. As I’m primarily a lyrics person, firmly believing that no matter how great the music is, if the lyrics aren’t inspired or not uplifting, then the whole song seems to take a back turn in relation to the worth that I place on it; Bethel’s new instrumental album Without Words certainly takes a chunk of my belief in instrumental albums, shakes it, turns it upside down and makes me re-evaluate and appreciate the music more than I have been doing so lately. Listening to this March release has led me to assert that there is a welcomed place within the music industry for instrumental music. Glory and Freedom have always been some of my favourite instrumental albums ever (primarily because of singer-songwriter Michael W. Smith at the helm in creating them), yet it is only recently (this year) after listening to Without Words that I have come to place more value upon these records that seem to speak to us in ways unimaginable without a word being uttered in the first place…Without Words takes a little getting used to if you’re usually interested in CCM sounds or orchestral music, yet it does its job to soothe the soul and take us further into the presence of God as it reminds us that there’s more to worship and praise than the words sung in a song…’ It is this above quote that I started off my Without Words Bethel Instrumental album review I wrote for IndieVisionMusic.com, and thus, here verbatim, I start this new Bethel Music Without Words: Genesis review the same way as well- that what I wrote about the first installment here in this Without Words series, still applies here. That even now, I’m still hesitant to jump into listening to a full-blown instrumental album- I guess with Michael W. Smith’s instrumental albums being exceptions to the norm. I guess kind of a reason why I did take the plunge and listen to the new music by Bethel, is because of the fact that I did hear these songs before, and they weren’t instrumentals to begin with. And thus, to hear instrumental arrangements to originally non-instrumental tracks, is very interesting to say the least. Different, unique, challenging and a reminder that music can still be good and instrumental at once; this new album by Bethel Music is a must if you…well, enjoy Bethel’s music, instrumental music, or both.

I guess there’s not much to say about this ‘review’, if you were to call this one in the first place. The instrumental arrangements to the recordings are simply a step up from previous Without Words volumes of the past, as this new set of songs really makes me enjoy the songs all the more even after hearing the song’s instrumental counterparts. Most, if not all of these songs, I’ve heard before- and I’m sure, most, if not all of the listeners of CCM/worship, know at least half of the songs on the album, period- songs like ‘Living Hope’, ‘Reckless Love’, ‘Lion and the Lamb’, ‘No Longer Slaves’, ‘Raise a Hallelujah’, ‘Stand in Your Love’ and ‘Tremble’, to name a few. The calmness and peaceful serenity that comes attached to this instrumental album makes me enjoy the reserved nature of these musical arrangements and is a great alternative to worship alongside, if in the presence of people who may not feel inclined to listen to worship music, for whatever reason. Or rather, this instrumental album is such where it can be used as background music in the workplace- putting music such as this on whilst working (and you the listener all the while worshipping the Lord as well). This new album from Bethel is good for it being worship music period, but also good to just being great instrumental music with an uplifting edge- never really giving any reason for any co-workers to become offended by the music you listen to, especially in such a society as this, today. Nevertheless, Without Words: Genesis has been a blast for myself to listen to, and one that has slowed down my busy lifestyle of late, in a good way. I’ve been relaxing more, I’ve been enjoying life just a little more than I’ve been in the past, and such an instrumental album as Bethel’s, has made me appreciate worship music that really speaks to your soul- and music by Bethel is one such artist/band in the sea of many that speaks to people around the world in regards to worship and the facilitation of worship in both a public and private setting. An album that I’m sure will impact and encourage whomever hears it, regardless of there being a lack of vocals, I thoroughly recommend listening to Bethel’s music first before hearing the instrumentals, because so far, the only downside on this near-flawless album is that those people who will probably get the most benefit from this set of instrumental songs, are those who are Bethel Music enthusiasts and enjoy Bethel’s original music, and know each of the songs back to front prior to hearing this new instrumental album in its entirety.

‘…our third release of the Without Words series, Genesis, tells the story of Creation interwoven throughout the soundscape of the album. We wanted to tell the story of where it all began: when God the Father created the universe and everything in it, and when He created mankind in His image for His pleasure. Returning to the intimacy of God and man alone in a garden where Adam worshipped Him for the first time, our hope is that Without Words: Genesis creates an intimate space for resting in God’s presence and fills the heart of the listener with awe and wonder of our magnificent Creator…’ This 19 track instrumental musical journey is one like no other, and frankly, dare I say that this album is one of my favourite worship albums of the year, on par with albums from Bethel Music (Victory), Passion (Follow You Anywhere), David Leonard (The Wait) and Elias Dummer (The Work Vol. 1)? Because it is. As I’ve experienced the musical journey which is Without Words: Genesis– the 7 ‘interlude’ instrumental tracks being attributed to 7 of the creation days that tell the story of the creation of the world, from first breath of the universe into existence, to the day of rest; it’s amazing to see the Lord at work, reminding me as I’m sure reminding others as well, that worship music need not look like CCM/worship in order to have such a lasting impact. Worship is indeed a lifestyle, and whether people worship alongside CCM, pop, rock, rap, folk, singer-songwriter, or instrumental music, is beside the point- but rather, it is the heart of the person that really matters. Bethel’s Without Words: Genesis hopefully peels back the layers of our own hearts and challenges ourselves into what we perceive worship music and what God wants us to see it as. An album practically for everyone (and I mean everyone, regardless of religious persuasion!), this is a well-constructed album that’s certainly going to be part of my listening playlist pleasure in months to come. Well done Bethel for such a soothing and calming album, and a certain standout amongst the latter half of 2019 thus far!

3 songs to listen to: Tremble, Reckless Love, Goodness of God