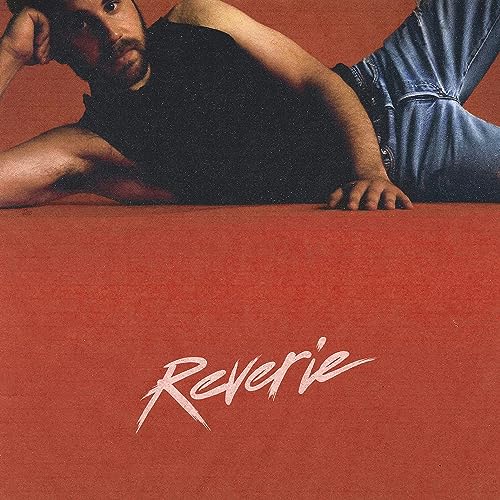 One of the most highly respected, confronting, thought-provoking and moving musicals of the modern era- is Ben Platt’s Dear Evan Hansen. Being adapted into a movie released at the end of this year; the musical follows Ben’s character of high school misfit and outsider Evan Hansen who feels alone at school and like he doesn’t amount to anything. Nemesis and bully Connor one day steals Evan’s already-written-on cast (which he made for an exercise for his therapist), and later on that day Connor takes his own life. What follows in the play is Evan being wrapped in the family drama of Connor, after being mistakenly identified by Connor’s parents as Connor’s best friend. Evan doesn’t correct them, and the essence of the musical shows Evan becoming more popular at school based off a lie. With the musical presenting to us relevant issues of fitting in and identity, in a thoughtful way, Ben Platt’s prowess as an actor and a singer alone is something to behold- he has written and sung all of the songs in the musical (including “Waving Through A Window”, “For Forever” and “You Will Be Found”), while he himself acted in musical many times since 2016, as well as the upcoming movie. Does it stands to reason that Ben’s latest full length album Reverie, which released to stores today, deserves a listen and a squiz? Even if I know next to nothing about the guy?

Ever since this year, we’ve been branching out in listening to and reviewing music that is not decidedly Christian in nature- on the basis that we know that God will move us and inspire us regardless, and that He will use anything to draw us all closer to Himself. It’s been a blessing to hear other types of music different to what I’ve usually been listening to- like albums from Anne-Marie, Meghan Patrick, Shannon Noll, Brian Kelley, and Olivia Rodrigo (to name a few)- all ministering to my soul and uplifting my spirit. But we have never dived deep into an artist like Ben Platt before (someone who is a pro in the expertise of musicals!). until now. And the result that I have come to, is that Ben’s music has its place. I myself, am not that much of an active fan, but Reverie does have its moments, no doubt. Ben’s music is soothing, magical, ethereal, and probing of issues in society right now- and it’s not your average mainstream pop album. Reverie may not grab you from the get-go, but stick with it, because I’d say it’s one of the hidden gems of the year.

‘Reverie’ refers to sort of a daydream, and when I think of daydreams, it’s often subconsciously. They’re often about something that you aren’t necessarily processing in your normal life, or that you aren’t able to name yet in the kind of literal way. It’s like you are kind of dreaming in a way that’s out of your control. [King of The World] Part One is about examining youth, [part two is] about love and finding a person, and then [the third is] about mortality, and eventually, obviously, death in a way. I think it allowed for my theatricality and emotionality of narrative to feel like it was threaded throughout, without having to have it be so fully present in each song. I was able to check in with something that’s orchestral and sort of abstract, and then move to more pop structured, lighter places in between.

With Ben employing a series of 3 interludes through the album (“King Of The World” parts 1, 2, and 3, being track #1, #7 and #13); these are tracks that could have been married together to form one unified track. With the fact that they’re separate being my only nit-pick on what I consider to be the heartbeat of the album; the electronic offerings speak about how we’re often time and tiem again told that we’re the king of the world, and then us actually believing it when we go out into the world and out from the comfort of our home. With the 3 melodies being about the youth and innocence of a person, the confusing and harsh realities of being an adult, and the serene calmness and knowledge of hindsight and looking back at your life; the reflective ballad (or ballads) remind us that thinking optimistically and believing the best in people does pay off- as in the midst of our life we believe that our parents were just sheltering us from the world by reciting to us nice platitudes, however we further realise as we become older that we can be ‘kings’ of our own worlds even now- in the areas of life where we have influence over.

The rest of the album (the 10 ‘real tracks!) showcase a side of Ben that I haven’t heard of before. Granted, I haven’t listened to Ben’s debut album, but Reverie might actually persuade me to dive deep into Sing To Me Instead as well. “Childhood Bedroom” is as haunting, mysterious and joyful as any track this year, as the synth and electronic driven pop melody delves deep into a coping mechanism for Ben’s worries and fears (just to close his eyes and then he’s back in his childhood bedroom!), reminding us all that we must never lose our innocence nor become too jaded in life; while radio friendly “Happy To Be Sad” dives headstrong into the feeling of being sad because of a long distance relationship. Inspired by Ben’s own long distance relationship, we are reassured that temporary pain and sadness is just that- temporary- and that we ought to be happy that we are feeling sad in the moment, because at least that means we’re feeling emotions and are human. As Ben eloquently relays that ‘…I’m grateful to be crying, I’m crying over you, I’m lucky that we love so good it has to hurt this bad, I’m happy to be sad…’, we are presented with a philosophical, mature take on love and potential heartache- and a song we can all sing out with confidence and security.

“I Wanna Love You But I Don’t”- a gut-wrenching ballad about the realisation that you don’t love your partner in the romantic sense- is an emotional, hard-hitting track about letting someone down gently. A track where Ben is honest and doesn’t ‘beat around the bush’, we are presented with a brave melody that we all can sing if it applies to us; while ‘80’s inspired dance tune “Leave My Mind” is sung to Ben’s ex, and asks them why they can’t leave his mind, why is he still attached to them. It’s a melody that speaks about the reality of life, that sometimes getting over someone takes time; and as we realise that it’s not your fault or their fault that they’re still on your mind- then we can let go and live truly free. “Dance With You” rounds out the first half of Reverie, and is a pulsating electronic prominent synth driven melody that speaks about commitment and choosing to ‘dance’ with someone for the rest of your life. it’s a statement of intent and a vow of sorts of commitment to the other person- and for this fact, Ben should be congratulated for subconsciously writing many couple’s wedding vows for the rest of the century and perhaps longer!

If the first half of the album is about the happy and cheerful feelings one feels after discovering a new love; then the second half of this project is much more reflective and introspective, as we sing from a different standpoint in life. the acoustic driven guitar led “Carefully”, is an emotional tear-jerker as Ben details a split from his ex, and reminds us all that some people don’t work out, but the beauty is that some breakups end amicably- and if you have to have a breakup, then an amicable one is the ‘perfect’ one; while “Chasing You” is a bright and sunny pop melody about entering into a new relationship and enjoying the chase, and the act of having something that is new and shiny. “Come Back”, one of my favourite songs on the album, speaks about two people having a secret place where they can be together, and is presented in a gospel/hymn like format musically, so as to capture a wider audience; while the piano only “Dark Times” speaks about the fact that we all need to experience and learn from dark times to appreciate the light and everything else good in our lives. Reverie then finishes up with the lead single “Imagine”, a celebratory, joyous occasion whereby Ben celebrates his newfound relationship and emphatically cries out that ‘…You say I’m your hero, but you are the one that saved me, if I ever lost you, I’d fall to my knees, I can’t imagine my life without you, I can’t imagine one night without you, if something happened, don’t know what I’d do…’. A song full of possibility as we are met with a melody that proclaims that we can’t live without our partner; the entire album full of love and loss is perfect for celebration and introspection, as we rexamine the messy and beautiful parts of life and move on from the hard parts and into the beautiful parts God has prepared for us all.

…so much of the success I was experiencing, and validation I was receiving was because of that character [in Dear Evan Hansen]. As beautiful as that was and as grateful as I am for that experience, and as many doors as that opened, I did kind of lose touch a little bit with myself during that time. I was so focused on Evan’s emotional life and fully realising his story and his feelings that I didn’t really have time to invest in my own. [but Reverie has] ended up being an incredibly cathartic and really beautiful way to transition out of that.

Reverie is nothing like anything from Dear Evan Hansen. Ben Platt’s ease at slipping in and out of different musical genres is exemplary and he needs to be congratulated here. Reverie didn’t really connect with me on a soul level (objectively though this is a moving and hopeful album if ever there was one!), and maybe that was because musically it’s mostly electronic tracks and slower tempo ballads- not your typical pop album. However the project deserves another listen- as there’s so much emotion here!- and hopefully Reverie grows on me. Baring your soul and speaking the truth can hurt- but thankfully Ben packages his experiences in a relatable and palatable way. and so as we all anxiously and eagerly await the movie of Dear Evan Hansen to hit movie cinemas, let us spin Reverie and be lost and found in the wonder and mystery of relationships and God moving in our lives. Well done Ben, I can’t wait to hear what’s next from you!

3 songs to listen to: Happy To Be Sad, Come Back, Imagine