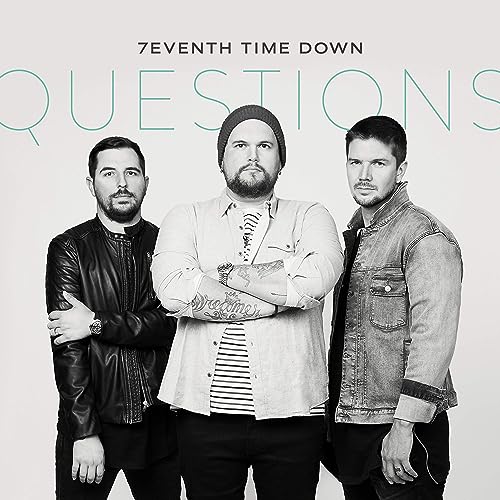 What does it tell you about a song, when you can ‘quote’ an entire review of another song, mentally substitute out the name from the previous song to the current song you’re writing about, and it’ll still make sense? 7eventh Time Down’s new song “Questions” promised to be compelling, powerful and hopeful. I mean it was supposedly asking the tough questions, reminding us all that it’s ok to have doubts, to have questions, and to wrestle with God. However what is good in theory isn’t always executed well; and that’s certainly the case here. As you can tell, I’ve quoted verbatim my review of “I Have Decided” from back in 2018- and it’s just to let you know, that my thoughts on the band haven’t changed in 2 years. Sub “I Have Decided” with “Questions” and that’s how I feel right now. It’s frustrating, as I know these guys are crazily talented. “Just Say Jesus”, “God Is On The Move” and “Promises” are especially proof of this. Yet “Questions” is lacking because it ties everything up in once nice bow. And that’s not indicative of how life is at the moment. Sometimes it takes a lifetime to sort through doubts and feelings of uncertainty- and to trivialise them and put them into a 3 minute song- and then declare ‘hey, it’s ok that you have questions’ and then expect everyone having doubts to suddenly n26ot have doubts anymore; well that’s a bit ignorant don’t you reckon? But hey, what do I know- I’m just a reviewer! So listen to the song. But if you have doubts still and are wrestling with faith, then I’d say check out Jason Gray’s Order Disorder Reorder album in a few weeks, and read my brother’s review of that album too!