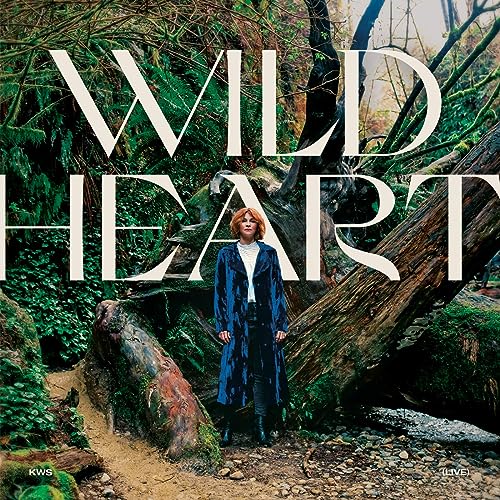 Becoming extremely popular, inspirational, relevant, and dare I say it- influential, in worship music over the past few years; Jesus Culture, comprising of Kim Walker-Smith and Chris Quilala on lead vocals, plus now many other vocalists like Bryan & Katie Torwalt, Chris McClarney and Derek Johnson, have all poured their heart and soul into their music and have given us gems and offerings that we all love and enjoy. There are upbeat anthems as well as slower paced ballads that have given us all hope and assurance that God is with us and never too far away. Songs like “Rooftops”, “Alleluia”, “Show Me Your Glory”, “Forevermore”, “I Belong To You”, “Come Away”, “Burning Ones”, “Your Love Never Fails”, “One Thing Remains”, “Yes And Amen”, “You Cannot Be Stopped”, “Anticipation”, “I Want To Know You”, “Fierce”, “My Soul Longs For You”, “Remember”, “Freedom”, “Alive In You” and “Miracles” have all touched our hearts and inspired us to live more and more for Jesus, with the movement being directed at young people. In my opinion this worship collective that is sure to win over the hearts and souls of even the uninterested listener with just one song, has accomplished their goal and then some more, somewhat redefining modern worship music.

Yet while I myself have reviewed less than impressive Jesus Culture albums like Living With A Fire and Church Vol. 1; there’s still no denying that Jesus Culture have been instrumental in changing many listeners lives. But on the flipside though, don’t you reckon it’s time that we’re presented with and shown something different yet equally enthralling and impressive? Kim Walker-Smith, having released previous solo worship albums On My Side, Still Believe and Here Is My Song, is back with her fourth full length solo album- this time a live project called Wild Heart. Though not as musically diverse and experimental as her previous 2017 effort On My Side, which was essentially a musical and lyrical masterpiece; Kim’s latest live album effort nonetheless still comforts, inspires and encourages, as we fall down in worship with Kim in these 12 unbridled moments of praise to our Father, Saviour, Maker and Friend.

A glance through the track list makes me a tad apprehensive, and at times uninterested. In total the 12 tracks amount to just under 80 minutes. 4 songs are under 5 minutes, and there is one very 10 minutes. Is that a bit much? Could be, but let me tell you that if you do not dwell on the time limit of the album, then these songs flow together quite nicely and we can enjoy these songs for what they are- live worship songs for the church, designed to facilitate worship to Jesus Christ our Lord and Saviour! Album opener “Stones” is a high octane, energetic, guitar led mid tempo ballad, whereby Kim passionately relays to us that she will praise God in the valley and in the desert and in every trial and tribulation in life, simply because Jesus is Lord, and because of everything He has done in her life. As Kim cries out that ‘…the longer the wait, the longer I’ll praise, the stronger the pain, the stronger my faith grows, the higher the need, the higher I’ll reach, the greater the cost, the more I’ll believe for…’, we are met with a prayer of desperation and a declaration of true faith, as we praise God even when we don’t feel it, and even when it seems like He’s not answering. Because we know what God has done- so the fact that He isn’t answering right now, just means that He’s got something bigger and better for us in store in His timing.

“Come Through”, the longest song on the album at just over 10 minutes, but if you take the song at face value (not those ‘spontaneous interlude prophecy parts’ near the end of the track), then there is substance here, as Kim eloquently relays to us that we can and will praise God simply for who He is, similar in theme to Hillsong Worship’s “Who You Say I Am”; whereas the emphatic title track, one of the shortest songs on the album, delves into the heart of Jesus, and his unending love for us, similar in theme to Cory Asbury’s “Reckless Love”. It’s a song that isn’t that flash nor engaging, however is nonetheless a song that is needed as we remember the love Jesus has for us, especially in a time of social distancing and isolation that may not end in the time frame that we would like. The piano led ballad “Breathing Room” is next, and delves into the concept of Jesus being oxygen to our lungs, and us declaring that we now have ‘breathing room’ and space to just exist and be with Jesus our Saviour and Father; while there is an ache and longing of going back to the basics in “Simpler Days”, back when a faith is childlike and to when our trust in Jesus wasn’t burdened with conditions and caveats that we have added throughout the years. With the track being something like what the prodigal son would have sung about in the parable of the prodigal son; “Simpler Days” is one of the album highlights and a simple yet effective declaration of the truth that ‘…You saved me from the mess I made, You met me in my darkest place, I can’t deny Your endless grace, I’m coming home, I’m coming home…’.

“Returning”, also a reminder of what the prodigal son would sing when he is at the end of his rope, is a piano led ballad, whereby Kim ardently highlights to us that she is returning to Jesus, that she is recommitting her life to Him because of the cross and the resurrection; while “You’ll Always Be”, a serene and soothing ballad, powerfully encourages and comforts, that Jesus was, is and is to come- a concept that boggles the mind, and a concept that should bring us great joy and assurance, given that He’s on our side all the time. “Only You”, a heartfelt and resounding declaration of our faith in God and our choice to believe in Him even when things are tough and seemingly beyond repair, is another personal standout as the track is essentially us choosing to believe God even when we cannot see the outcome of the struggle- this song is indeed what true faith looks like; while lead single and radio friendly “Protector” unfortunately is one of the weaker songs on the album, whereby Kim sings out that Jesus is our protector, and that ‘…You never, never, never let me go, You said You wouldn’t leave me, and You won’t, You’re right by my side…’, a song that essentially is lyrically covered already with songs like “Strong Tower” by Kutless, “Shoulders” by for KING & COUNTRY and “We Won’t Be Shaken” by Building 429.

“Already Have (Bear’s Song)” is probably one of the most vulnerable and personal songs from Kim, as the track is inspired by her son- essentially the track is a worshipful song of encouragement to her son, yet also to all of us, that God has got us in the palm of his hands; while the penultimate track “Just To Have You” is a stirring, slower-tempo ballad, where Kim earnestly relays to us that simply being in Jesus’ presence and having Him in our lives is what we are living for. That is our purpose and our meaning- to commune with Jesus and to make His name famous and renown. Wild Heart then ends with “Just Be”. Reviewed as a single by Jon last year, this track needs no explanation, as Kim fervently declares that she’ll be more like Mary, that she’ll just be present with Jesus and let Him minster to her soul. And as believers, that is what we should do also, to dwell in the presence of Jesus, and to ask Him what His purpose is for our lives.

Though I had my reservations of yet another live worship album, Kim Walker-Smith’s Wild Heart took me by surprise. Sure, the album running time is too long, and sure the album could’ve been condensed. However, at its core, Wild Heart is a worship album to God and it has done its job by facilitating worship to our Lord Almighty. Thus let me say that Wild Heart is a solid worship album of 2020, and I definitely would encourage all of you worship enthusiasts, or even fans of Christian music in general, to check out Kim’s latest project, as she shows us why she is one of today’s top worship leaders ever. Well done Kim for an inspiring and thoroughly enjoyable worship project, one that has surprisingly has me excited for future Jesus Culture albums!

3 songs to listen to: Simple Days, Only You, Just Be