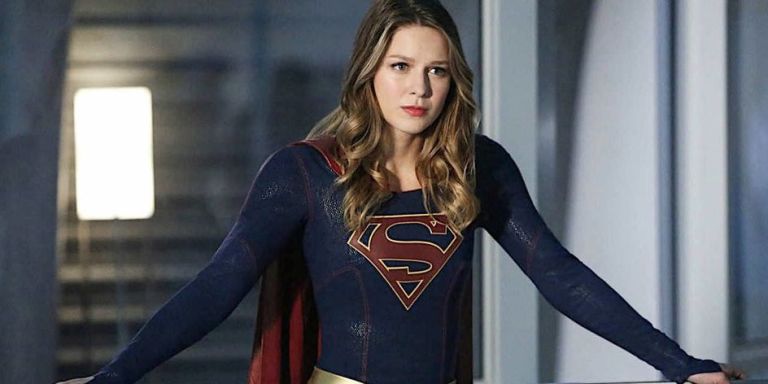 The premiere episode is called American Alien and aired about a week ago, as the theme was all throughout the episode was about identity and change. President Marsdin, an alien herself, set up a meeting with newly appointed Director Alex Danvers of the DEO to go over her briefing of her speech at the alien peace summit at Camp David, while Kara, who proclaimed that she now has her life under control, quickly found out the hard way that she does not, when Mercy and Otis Graves, the brother and sister duo that are the villain of the season; plot and scheme to rid the world full of aliens and their powers, culminating in their failed attempt at trying to kill the president, whom they know is an alien. While we do not know anything about the unseen Agent Liberty, who is their boss (and is going to be played by Sam Witwer), this overarching theme of good v evil is once again explored, as Kara battles the Grave siblings over this entire season- hopefully winning in the end.

Speaking about Winn, his absence is felt at the DEO (as well as his quick, funny remarks; although Jeremy Jordan has still signed on to be a recurring character!), however Brainy (Jesse Rath) more than makes up for it, as the fish-out-of-water alien from the future who must adjust to modern day times, sayings and etiquette. If Supergirl never did comedy before, they do now- I can see Jesse Rath being mostly used as comedy relief, however I am certain that he and Chyler will have emotional and honest scenes together, as Alex and Brainy become closer through working together and sharing their feelings over Winn’s departure.

Once again, we meet Lena’s mother Lillian, this time in prison as Kara pays a visit asking her about Mercy and Otis- and Lilian agrees to divulge sensitive information to Kara in order for Mercy and Otis to pay for their crime in betraying Lex Luthor, Lillian’s son. While it remains to be seen as to whether Lillian will double cross Kara and the gang, right now their interested are aligned so I guess you could say that Lillian is like Malcolm Merlyn in a way- always on the side that benefits them; their own side! Though one thing I do think is forced somewhat is the relationship between Lena and James. Making them romantic after James previously distrusted Lena for so long, doesn’t really make any sense. However I do have to give Katie and Mehcad props for selling the relationship, and acting really well particularly in the parts where they kept secrets from each other last season, and when Lena in the episode goes behind James’ back and gets a favour from the judge in order for his Guardian charges to be dropped.

A nice throwback to season 1 is placed in the season 4 premiere here as well, as Kara takes on a protégé Nia Nal (Nicole Maines) in the same way that Cat Grant mentored Kara. It’s great to see Kara grow as a person an in that security and confidence that she can mentor another person. While J’onn, who left the DEO at the end of season 3, is back as a…consultant, I think- I’m not sure, as his role in the show now hasn’t been properly defined. But he’s back and that’s definitely a good thing. While there is a cliffhanger ending at the end of the premiere, and that’s to do with the Russian Supergirl. So, with all of these parallel stories all going at once, season 4 is definitely going to be very interesting- Supergirl is still one of my favourite shows ever, and all of the actors here (Melissa, Chyler, Mehcad, Katie, Jesse, Nicole, David) play their part to perfection. And with Lex Luthor and Lois Lane coming later on as recurring characters in this season- it seems to be that season 4 of Supergirl will be its strongest yet!

Did “American Alien”, the season 4 premiere, resonate with you? Did any themes in the episode speak to you, and which was it? What elements of the show are you enjoying- Brainy adjusting to Earth culture, Nia Nal’s first day, J’onn’s new role and him being the voice of reason to other aliens, Lena seemingly betraying James, or the introduction of Agent Liberty? Will you be tuning in for the rest of Season 4? Let us know in the comments.

Supergirl aired every Monday at 8/7c on CBS for Season 1, and on CW at the same time for Seasons 2 and 3. You can now buy the DVD/Blu Ray of the whole 3 seasons at digital and physical retailers everywhere! Season 4 episode 1 aired just under a week ago, and the second episode airs tomorrow, and every Sunday thereafter at 8/7c.