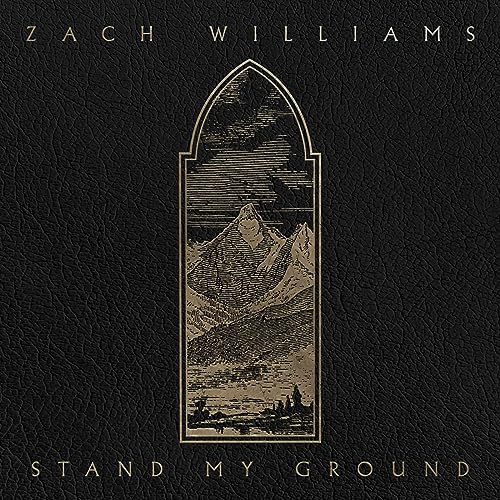 “…belief in the stories behind the song and the calling behind the song is paramount in terms of whether an artist is genuine, and whether an artist is as influential as the public makes them out to be. And we can see how humble Zach is and how on fire for Jesus he is, through his time away from the studio. Having won the GMA Dove Award for New Artist of the Year in 2017, as well as pop/contemporary song of the year (“Chain Breaker”), Zach won a Grammy Award for Chain Breaker the album, and also unveiled Christmas tunes “The Call Of Christmas” and “The First Christmas”- a duet with Tenth Avenue North. As Zach released an EP recorded in prison of all places; he also sung with Dolly Parton on “There Was Jesus” as well as cultivating a real friendship with actor Chris Pratt- and this is how you influence people, friends. Chris is super talented in the acting industry and is super on fire for Jesus as well. By just being himself and authentic, Zach now has an ‘in’ in that big entertainment world. Not that his friendship with Chris is fake by any means, but as God opens doors, we need to remember that He is a faithful God and everything that happens is for His glory and our good. Zach’s friendship with Chris shows us that these guys are human too- we don’t need to place them up on a pedestal to worship. They’re human beings, just like us. And I guess that’s also the main takeaway from this blog- that cause these guys are just like us, makes testimonies all the more remarkable. We may believe that good things don’t happen to average Joes like us, that we can never change. But they do. Good things do happen. Just look at Zach Williams, the average Joe who happens to be a music artist. Jesus really is a chain breaker, and he has indeed rescued us from our own stories and into His story. Isn’t that wonderful and glorious?…”

Taken verbatim from my blog about Zach Williams from last year; Zach’s big booming presence in the CCM industry is one of the bright spots and one of the more hard hitting and poignant artists that I have heard within the past few years. While you all can read my blog to know the ins and outs of how Zach came to fame and how he came to be in the Christian music industry; let me just say that with a discography that includes hit songs like “Chain Breaker”, “Rescue Story”, as well as the smash hit single and award winning “There Was Jesus” with Dolly Parton; Zach’s stardom will only rise, and rise further quite exponentially in my opinion. My brother Jon has reviewed Zach’s two albums here and here– and so for me to divulge more into Zach’s history would be pointless in this ‘review’ of sorts.

I could speak about Zach’s thought-provoking and fervent cover of Elevation Worship’s “Rattle!” or the passionate duet with CAIN in “Rise Up (Lazarus)”. “Empty Grave”, a shower paced guitar led ballad and a stand alone single, was released last year- and quite frankly I could have spoken about any or all of these songs at great length. But as I can’t just go about writing about every single song that has ever released by any favourite artist of mine… I have to pick and choose. And the recently released rock melody “Stand My Ground” takes the edge. Simply because it’s a simply song musically and lyrically, and speaks about a concept that at times could be foreign to many believers. With the harmonica being present in this straight down the line rock tune, Zach eloquently relays to us the ever-real truth of spiritual warfare, and the real truth of the existence of the devil. Yet Zach also provides hope and reassurance as well, declaring that ‘…I will stand my ground, ain’t no way I’m backing down, when that devil comes around, I’m gonna stand my ground, and I will stand my ground, there ain’t no white flag waving now, when that devil comes to town, I’m gonna stand my ground…’. Sure to inspire and provide comfort, Zach’s song of optimism and hope, that Jesus has won the war, and that we can trust His word over the devil’s, “Stand My Gound” is a breath of fresh air amongst a sea of feel-good nondescript CCM sameness. I do love CCM as a whole, but Zach’s song gives us an extra kick, and the fact that it delivers a great and inspiring message is pretty cool, as well. For Zach Williams, the sky is the limit- and “Stand My Ground” further solidifies his place in the CCM industry, and perhaps in mainstream media.