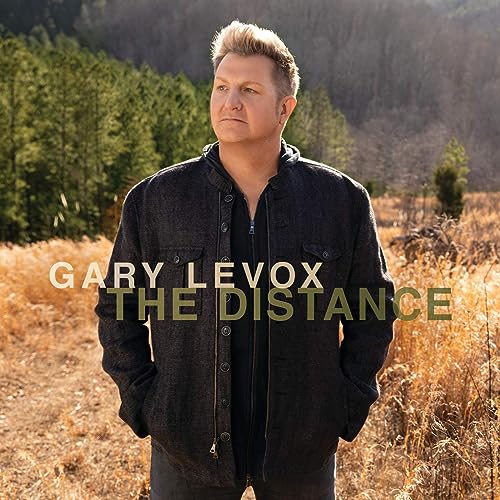 COVID-19 has thrown everything out of whack. That’s a fact. Albums postponed, music tours cancelled, movies delayed, people out of work… and in the case of country trio Rascal Flatts, COVID-19 means a quiet disbandment and no farewell tour… and no final all new studio album. For the adult contemporary/country trio that has been a staple in many a home throughout the 2000’s and 2010’s- to be suddenly gone and away from the radio and our lives… well that’s just point blank saddening and heartbreaking. But as you know the saying of ‘when God closes a door, he opens another’, or ‘when God closes a door he opens a window’? Yep, that saying is evidently true, through Gary LeVox’s debut CCM single “The Distance”.

With Jon already reviewing Rascal Flatts’ latest EP (How They Remember You), and greatest hits project (Twenty Years Of Rascal Flatts: The Greatest Hits), and blogging about them too, it’s a moot point for me to go into Rascal Flatts in depth. But let me just say that Gary LeVox, lead singer of the now-defunct band, is one of the most passionate and inspiring singers I’ve heard in recent memory. So imagine my surprise and quiet optimism and abated anticipation when I heard the news of Gary’s debut single as a solo artist, and as an overt Christian artist. I was really pumped to hear this song. And then I heard it, and let me just say that I really, really prefer Rascal Flatts’ music better- even at their most cliché.

Let me say from the outset that there’s absolutely nothing wrong with Gary’s music. it’s pleasant on the ears, it’s lyrically uplifting, and with a chorus that highlights that ‘…with God you can go the distance, accept the challenge, for every battle that’s before you, hope’s not lost, it’s found on a cross, and all the strength to push on through, you can make it up the mountain, you can throw away your doubting, live bold and fearless, ‘cause with God, you can go the distance…’; it’s hard not to be happy for and proud of Gary for sharing his faith on a global scale. Yet this song sounds so much similar in theme of many CCM songs I’ve heard over the years. Namely most of Jason Crabb’s discography like “Love Was Stronger” and “He Knows What He’s Doing”. In fact, if you like songs like “Compass”, “Changed” and “I Won’t Let Go” from Gary’s former band, then you’ll love “The Distance”. Objectively though, there’s something about this song that feels weary and dull. The theme of God being with us has been done to death so many times, and you can’t help but feel like this song, though having good intentions, would’ve been served as a last Rascal Flatts single from their greatest hits project. Or maybe given to Chris Tomlin- because he’s apparently into country music now, right?

If it seems like I’m bagging Gary LeVox, that is certainly not my intention. Rascal Flatts have been instrumental in my own love for country music over the past few years, and I am sure that Gary will continue to churn out the solo songs that I will in fact resonate more with, more so that this track. And even though this song isn’t that connecting with me on an enjoyability level (although the lyrics are sincere and biblically based!); that’s not to say that others won’t be connected with this song. So is “The Distance” a song to listen to or to toss by the way side? Your choice… but let’s just say that either way you should stick around in Gary’s very early career as a Christian singer. Gary indeed has the passion to go far and the enthusiasm to carry us all along with him. God has gifted Gary with a gift that He wants him to continue to use. Whether anyone travels along is up in the air. Perhaps single #2 should be a worship song to capture in the Passion and Hillsong crowd?