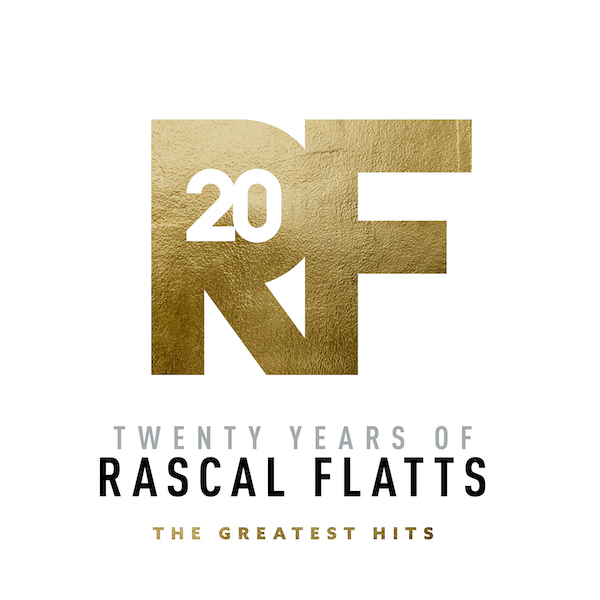 Rascal Flatts is one of the most successful country groups in all of modern music history. With hit songs like ‘Bless the Broken Road’, ‘Life is a Highway’, ‘Praying for Daylight’, ‘Why’, ‘Unstoppable’, ‘The Day Before You’, ‘My Wish’, ‘Changed’ and ‘I Won’t Let Go’, to name a few; Gary LeVox, Jon Don Rooney and Jay DeMarcus have presented to us a highly publicised and prolific career in music thus far, and even though there was an announcement this year of their disbanding, this trio has made a lasting mark on not only country music but on music in general, that I reckon few other bands have. They are influential enough that I even wrote a blog about them last year, and upon hearing these songs throughout the last year or so, I can safely say that my aversion to country music all this time, is slowly fading away. A few months after their announcement of moving separate ways, the band also unveiled to us their final 7-track EP project titled How They Remember You– featuring the poignant and hard-hitting title track, alongside various other originally written songs for the 2020 period, closing off the EP in a powerful tribute way with a cover of the Kenny Rogers classic, ‘Through the Years’. Now with their Life is Highway 2020 Tour cancelled, what was unfortunate has now turned into yet another opportunity for the band- to unveil a best-of compilation project titled Twenty Years of Rascal Flatts: The Greatest Hits dropping on October 2nd. While this compilation is just like every other compilation- with its good points and bad points; Rascal Flatts have nevertheless created a smorgasboard of radio hits, enough for 20 of them to be placed here on this very compilation, unveiled to ever Rascal Flatts lover in just a week and a half.

You can ever really get a perfect compliation. Well…I guess maybe you can. Look at Chronology Vol. 1 and Chronology Vol. 2, two best-of compilations unveiled in 2007 cataloguing CCM rockers Third Day and their radio hits up until that point, and you’ll see what I mean. Nevertheless, best-of projects have always been a mixed bag that I’ve seen over the years, regardless of the artist. Ronan Keating unveiled his quasi-best-of/original material album Twenty Twenty to a welcomed appreciation from myself, while an artist like Jeremy Camp- who unveiled his best-of project earlier on during the year, compiled a less-than-impressionable set of songs, for me that is. Regardless, best-of projects, and compilations in general (see WOW Hits, and you’ll understand!) have always been the talk of the town, and this new album from Rascal Flatts is no different. Having a glance through the track-listing and you’ll see the songs that have created such a staying-power this band has had throughout the years. Songs like ‘Bless the Broken Road’, ‘’My Wish’, ‘What Hurts the Most’, ‘Changed’, ‘Banjo’, ‘I Won’t Let Go’, ‘Stand’ and ‘Yours if You Want It’, have just been some of the many songs this band has given to us over the years, that have, and will continue to have, a special place in our hearts, even after the band is over. Even a cover like ‘Life is a Highway’, the cover of a powerful Tom Cochrane song (and a Rascal Flatts cover for the 2006 movie Cars) is also present here on this compilation, and quite possibly would be attributed to Rascal Flatts the band, long after the country trio have disbanded. For me, ‘Life is a Highway’, though a cover, is the signature song of the trio, and was the song that introduced myself to this impactful and influential country trio.

While the 20-track compilation on the surface seems like a one-stop shop for all things Rascal Flatts, what I will say that with every 20 tracks chosen for a compliation, there’s another 20 that sadly weren’t chosen. And as I look at this snapshot of a career, we can certainly agree that this album could easily have included ten extra tracks; and split the album into two- 15 tracks each. ‘Praying for Daylight’, the band’s very first single, is absent here on this compilation, as well as the Matthew West cover (and a song that was made more famous as a Rascal Flatts cover than as a Matthew West original) ‘The Day Before You’, not here on the compilation also. ‘Feels Like Today’, ‘Skin (Sarabeth)’, ‘Everyday’, ‘Here’, ‘Why’, ‘Unstoppable’, ‘Back to Life’, even other charted songs like ‘Sunrise’, ‘Things that Matter’ and the fan-appreciation song ‘Here’s to You’, are all sadly absent from an otherwise ‘perfect’ track listing…or is it, after all the songs I mentioned that weren’t present on the compilation? Nevertheless, what I will say is this- that Rascal Flatts and their influence and impact go far beyond these 20 tracks present here on this album. And if they maybe wanted to make this album special, as their final one, they probably could’ve given to us songs that were rare/unassuming- songs like ‘Until Grace’- a collaboration with CCM legend Tauren Wells, or ‘A Strange Way to Save the World’, the band’s cover of a Mark Harris Christmas song, or even the band’s more recent songs like ‘Through the Years’ and ‘How they Remember You’.

Regardless of my very own nitpicks, the album nevertheless is a great indication of the songs that have shaped the career of one of the most prolific and poignant country bands in modern country (and modern music) history. This is by no means an exhaustive list of hits from this band, but it’s a good place to start if you’re wanting to check out this trio now. Songs like ‘Bless the Broken Road’ and ‘Life is a Highway’ will always be synonymous with the band, but maybe, just maybe, people can check out this album (on Spotify of course!) and maybe see a song in a different light, or even discover a song for the very first time. Well done Rascal Flatts for a powerful career of songs and anthems. Maybe a tribute album to the band in the upcoming years?

5 songs to listen to: Changed, My Wish, Bless the Broken Road, Banjo, I Won’t Let Go