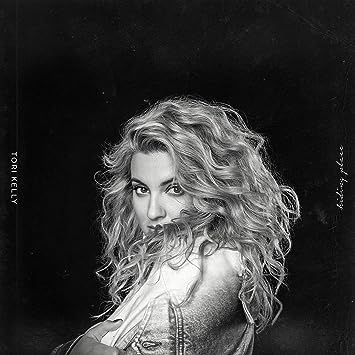 “…so I didn’t really plan to put out a gospel album. To be honest, it felt like it just happened. I’ve been writing for the last two years, pretty much since I got off the Unbreakable Smile Tour. I went straight into writing and throughout that process I basically felt that maybe I should throw a gospel song, just a song on the album. And the reason for that is because I grew up on gospel music, I grew up singing it and a lot of what makes up gospel music is a huge influence in my own music. Growing up, I thought maybe one day I’ll do a gospel project. So, I threw the idea out to my team and they were supper into it. My manager, Scooter Braun, he loved the idea. He said, “Let’s hit up Kirk Franklin,” who is a gospel living legend and I’m such a fan of his. I grew up listening to him and I was really excited that he was down. We were like, “Let’s just see what happens and basically one song turned into a whole album of songs. We kept rolling them out. It was just such a fun experience…” Recently, one of my favourite female vocalists of late is Tori Kelly. Even though Tori isn’t labelled as a Christian artist, and has been previously recording in the mainstream media; she has captured my attention of late with her passion, enthusiasm and her heart for Jesus. In the past I wouldn’t have given Tori a second listen, yet over the past year, my music influences have changed. I won’t go into detail right now (that is for this Message Mondays post here!) but the gist is that because I now am fully in agreeance with the notion that God can use anything He wants to further His kingdom (and I mean anything!) why can’t he use someone who is a Christian, who is ministering to listeners in the mainstream media, of which Tori is one such artist?

I’ve heard a few songs here and there from Tori, but I really started to notice her as an artist, a musician and a songwriter sometime last year when I saw Jordan Feliz’s cover of “Hollow”. From then on, I was a fan, and that only solidified once I saw Tori’s awesome and inspirational testimony on Youtube, as well as her cover of Hillsong UNITED’s “So Will I”. And from first impressions from these videos, I am sure that you guys will love her music too, if you haven’t been introduced to her signature pop and gospel sound already. With Tori releasing her second album, her follow-up to Unbreakable Smile in 2015, today; Hiding Place is a gospel album through and through, as Kirk Franklin is at the helm as co-producer.

Written by Kirk, debut single “Help Us To Love” is a new song released by Tori at the end of March (long before Hiding Place was even announced as a project!), featuring The Hamiltones as guest vocalists, and boy it is a treat to listen to. With piano and a jazz undertone being the forefront of this gospel/worship fusion, this track isn’t like anything that I have heard recently. Maybe it’s because I do not listen to R&B/gospel artists like Kirk or Tasha Cobbs Leonard or Kierra Sheard, or even mainstream acapella or soul artists (who do sing gospel sometimes) like Human Nature or Pentatonix. Maybe that’s the reason why this song sounds refreshing to me. I guess if someone who had been listening to that genre more so than me, listens to this track; they’d probably say that this music is ‘behind the times’.

The rest of the album firmly asserts Tori as one of the next singers that the world needs to know. On every track, Tori’s voice has that unmistakable gospel sound- and each track has me tapping my feet and declaring eternal truth after eternal truth. Second single “Never Alone” features Kirk Franklin on a rap in the bridge, as well as captivating choir gang vocals, as Tori eloquently reiterates that during times of trouble, Jesus is with her always, that ‘…I’ve cried many rivers, I’ve walked through some pain, I’ve seen my world crumble and I’ll carry the shame, but I know somebody, He calls me His own, I can hear heaven singing out, oh-oh-oh, you’re never alone…’. Album opener “Masterpiece” features Lecrae on guest vocals, and is the second collaboration between Lecrae and Tori (first was “I’ll Find You”). Essentially a prayer, as Tori opens up and ardently reiterates how she longs for Jesus to make a masterpiece within her, to create something worthwhile; this gospel/rap fusion is something that Tori is obviously passionate about, and is a great way to kick off the worship party.

Thematically and lyrically, Tori goes deeper, next with “Sunday”, a piano prominent jazz/blues inspired track, as she relays to us that she doesn’t want her church life and her ‘other’ life to be segregated, but rather lived as one. Sunday mornings at church are great, but if that’s all that we do and we don’t act like Christians the other six days of the week; we need to have a good look in the mirror. The tempo is taken down plenty more notches, with the stirring and lullaby-ish duet “Just As Sure” with Jonathan McReynolds, as both vocalists honestly and emotionally relay to us that Jesus loves us, and we Him, just as sure as the sun rises and sets, and just as sure as winter comes before spring and summer, and just as sure as trials come (aka Jesus loves us always!). While “Psalm 42” is taken directly from scripture; and is as worshipful as any song in 2018- the piano led reflective ballad reminding us all that we need Jesus just as much as the deer needs water.

“Questions” poses…well, lots of questions. Sung with brutal honesty and an authenticity not often heard in music in general; Tori purposefully doesn’t answer many of the questions she asks- as we are left with many things to ponder over and dwell upon- and hopefully we can wrestle with such notions we do not yet understand, as we ask God ‘why this, and why that?’! Yet it is the album closer “Soul’s Anthem”, which is recorded completely acapella; that is the pinnacle of the project as it shows us Tori in a moment of unbridled and uninhabited praise to our King and Saviour. As Tori reiterates about the last song on the project- “…I think there’s something about the last song on the album, “Soul’s Anthem.” I think it’s a combination of the fact that it is one of my favorite hymns and just so classic and beautifully written, along with it being the last song that we wrote for the album. It felt like closing a chapter in a way. It’s also the way we recorded the song. Kirk and I had a vision and I think no one else really understood what we were trying to do. We could hear it so clearly, that it was going to be all vocals, no instruments. We recorded it here at Capital Records…The song is just so powerful. I cry every time I hear it and I don’t have other songs that do that. It is the only song where I cry every time. I don’t know how I’m going to sing it live. I cried on the recording too, you can’t hear it, but at the very end when I stop singing it’s because I’m crying…”– there’s nothing much more to say about how the track was presented and recorded, except to say that this song and the album in general surprised me in such a good way.

“…Yes I have been writing before the gospel stuff and after the gospel stuff. I’ve just been writing a ton. And my fans know that. There is definitely more music coming and this gospel album was just a really special passion project that I wanted to get out there. Yes, there’s definitely more music coming for sure…” Tori Kelly took the world by storm with her pop album Unbreakable Smile in 2015 and now three years later, I guarantee she will gain many more fans with her gospel album Hiding Place. A challenging project, and equally confronting and comforting, Kirk Franklin has outdone himself as a songwriter and producer here, in a way that isn’t that preachy, but still coming from a place of love, and a yearning to understand God more. And as a singer, Tori Kelly completely nails each of the 8 songs, and I am sure that even if she goes back to mainstream, her third album will definitely sound a whole lot more ‘God-inspired’ or more ‘faith-based’ than her first, simply because she has grown as a Christian and as a singer and as a songwriter in leaps and bounds. With Hiding Place basically a masterpiece, I can listen to entire duration on repeat for many times, and still not be bored! So check out the album; and let us know your thoughts. And well done, Tori- I’m more than interested to hear what God has in store for you next!

3 songs to listen to: Masterpiece, Sunday, Soul’s Anthem (It Is Well)