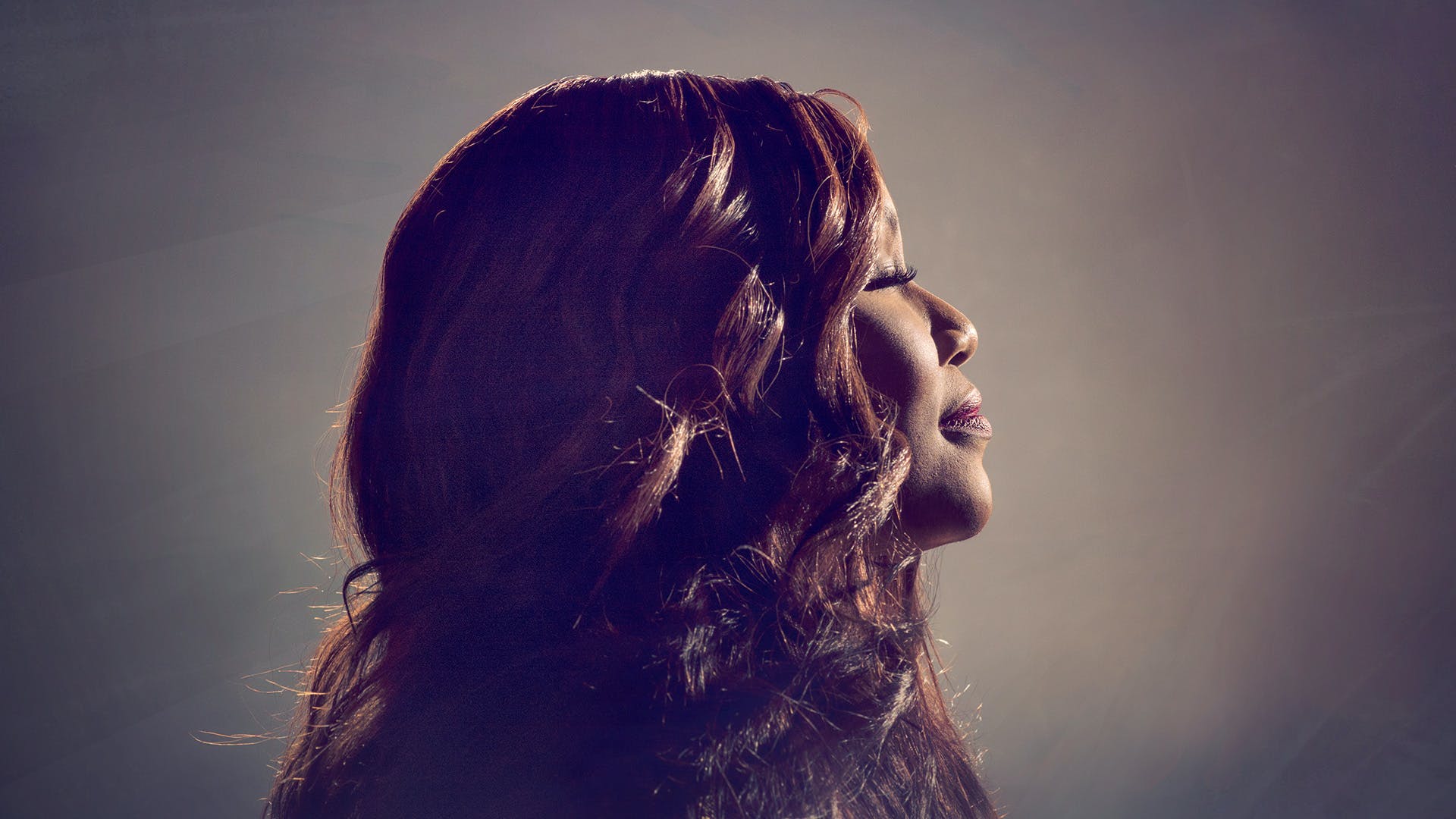 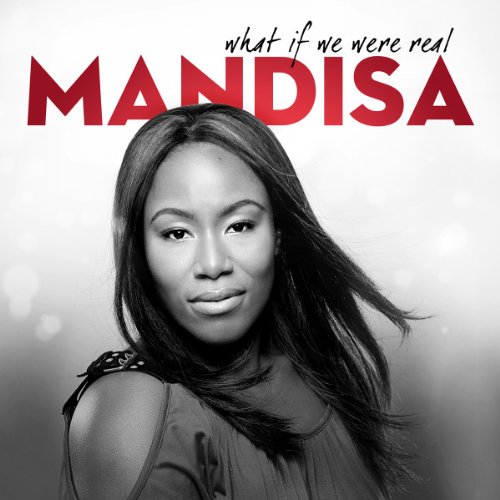 The past few weeks I’ve been wrestling with a very complex issue, one that I’d like to share a bit with you now, and hopefully create some healthy discussion. I’ve been wondering lately, and this issue has been more out in the open since the news of Burt Reynolds’ passing; why do some celebrated, popular and well-respected celebrities die young/before their time/not naturally? And by some extension (which could have the same answer/s), why do celebrity couples split up, when they obviously made vows that they meant at the time for ‘til death do us part’? in fact, maybe I’d go so far to ask the question about everyone, not just celebrities. Why do people die young, before their time, and not naturally; and why do seemingly happy couples split up after a long while? Confused as to why I’ve been wrestling with this? Let me explain a bit.

On the day of Burt Reynolds’ passing (he died of a heart attack at 82 years old), it seemed as if every second post on social media, or at least on the accounts I liked and followed, had an opinion on the matter. They either loved his movies and were sad that he died, or they were indifferent about his movies, and still sad that he died. And while something as unexpected as a heart attack may not have been able to be predicted (and even if it was, could it have been prevented?); the mode of which Burt died had me wondering and grappling with something- is it the norm for people to die naturally or unnaturally? Because I for one wouldn’t want to die before I accomplish everything I want to during my time on this earth; I would want to live a long, happy and healthy life. Yet such is the nature of this world, that some people die from quite a lot of causes other than old age. Suicide, drug overdose, car accident, cancer, murder, and any other type of terminal illness are just some of the ways people do die, and while we can’t control when our friends and loved ones die, we can control how we respond to the situation.

With plenty of celebrities having died over the past few years, almost none of them died of old age. Prince, Michael Jackson, Whitney Houston, Paul Walker, Peter Roebuck, Anthony Bourdain, Heath Ledger, Roger Moore, Amy Winehouse, Robin Williams and Brittany Murphy are just a few celebrities, all who left us quite suddenly and out of the blue. With so much life still left to give for much of these inspirational people, the question posed to each one of us, to the innocent bystander who wonders why all of this is going on, is this- what can we do in order for the world to be a better place, for people to know that death isn’t their only way out of sadness and depression and feeling alone? The question can also be posed to us when examining how quickly Hollywood marriages crumble- Anna Faris and Chris Pratt recently split, as did Selena Gomez and Justin Bieber; and in both instances the world was left wondering why. Does ‘finding yourself’ really mean dying, or a marriage/relationship dying?

In my opinion (which may differ from yours, and that’s ok!), some of these deaths (the suicides and drug overdoses- the other ones we don’t really have any control over whatsoever) have occurred, and some of the marriages have fallen apart; due to one fundamental thing that almost all of us are in some way, shape or form, are guilty of. And that is we’re not that open. We are very closed off, don’t like talking to others, and don’t get me started on striking up a conversation with someone- that’s a big no-no. Vulnerability and honesty- well that’s not really part of our vocabulary. Rather it’s ‘solitude’, ‘mediation’, and ‘going through life alone’ that seem to be what everyone is doing now. Perhaps person A committed suicide because they thought they were alone, that no one could understand their problems, that no one else were going through what they were, and that death was the only option. Maybe persons B and C divorced because of miscommunication, that certain needs for both parties weren’t being met, that one person’s love language was being completely neglected, and that both spouses weren’t being honest with each other right from the get-go. I’m not saying that that’s what definitely occurs in every death or marriage breakup- it’s just my initial thoughts on this subject and something that I reckon could have happened behind the scenes in any of the unnatural deaths and marriage breakups over the past few years (and right now…I’m not just talking about celebrities!).

But I believe that for the sake of our own lives, and in order for us to have a healthy marriage, and a healthy relationship with everyone else close to us; we need to open up. No I don’t mean tell your life story to someone you just met, but rather share something personal with your friend (cause you know they won’t judge you!), knowing that their perspective, which maybe is different to yours, can cause a shift in your thinking, resulting in a more vibrant life than before, and hopefully can drag you out of the depression if you are feeling down. Perhaps each one of us can benefit from having a group of people around us whom we can be real and authentic with. Because after all, we’re allowed to express our feelings to those close to us, even if it is a feeling of sadness, depression, anger, worthlessness or shame. These are all valid emotions and things we grapple with- and to go through the journey alone, is something I wouldn’t even wish on my worst enemy. So airing out these emotions to close friends, out in the open, is most of the time therapeutic and cathartic, as it will make us feel better, and prove to the next guy that we’re human too just like everyone else. See, just like the movie Shrek, people are like onions. We have layers, and most of us want to keep those layers for ourselves and no one else, for fear of being burned or betrayed. Yet while there is a risk of friends turning their back when you share something deep, I’d say that the reward of living a more fulfilled and satisfied life, is greater than the risk. While many of us don’t really like opening up, as it means admitting that we’re not ok, I reckon letting our walls down and letting those close to us see our imperfections and our faults and our scars, is quite brave and courageous- life isn’t perfect all the time, so we shouldn’t really live and act like it is perfect.

You know how God can sometimes speak to you through one thing when you’re not even searching for Him? The other day while my brother and I were listening to iTunes on shuffle, and suddenly “These Days” originally by Mandisa (but this version from Karyn Williams) popped up. I don’t know what it was, but I started to take notice of the lyrics. And then I wondered. Was it a bunch of ‘these days’ that led some Hollywood celebrities to kill themselves or overdose, and was it a bunch of ‘these days’ that led two very much in love Hollywood A-listers to call it quits? I don’t really know why I cared so much as to why celebrities stayed alive for a long time or not; or why celebrity couples stayed together for a long time or not- but an examination within myself a little deeper made me realise that on some level even I had placed these people on pedestals, and concluded that if they appeared to be more fallible than we once thought they were, then what did that say about each one of us ordinary people? I knew in my heart God loved me, yet I was placing my identity with ‘heroes’ I saw on TV.

So I decided a few days ago, to take a squiz, or re-squiz at Mandisa’s 2011 album What If We Were Real. Sure I had listened to “These Days” and music from Mandisa before, but none of it spoke to me that much until now. “These Days” was confronting and comforting at the same time, reminding me that any day can be a bad day for all of us, but because of everything that God can and does teach us during the hard times, we can confidently say that we are able to and have capacity to love ‘these days’ in the future. While “Stronger” invites us into a heartfelt encouragement of us being stronger after any adversity. Yet it was the title track that drew me in; and reminded me why Mandisa is such a gifted and talented songwriter. See deaths and divorces are sad and a reminder that while there’s sin still in this earth, unpleasant and unwelcome things often still do occur; yet they both also serve a greater purpose. And that is to remind ourselves that our inability to open up may be costing our own humanity. That our sometimes insistence to go through life alone can cause us to be people that others do not want to be around. I’m not saying that this directly causes unnatural deaths and divorces- but I believe that if we are to change the culture of this world, and if we are to see a change amongst celebrities, where unnatural death isn’t commonplace, and every second celebrity couple does not break up (giving us hope that good things do happen!); then we need to look inwards and analyse the changes that we ourselves can make. Are we accountable to our friends and family, and do we have a healthy outlet of how we express our emotions? Are we being real and vulnerable with our friends and family, and are we being real with God? If we can do all of that right, then we’re on our way to changing the world. And as we start to be more unafraid in opening up more and more, I am certain others will see the change in us, and it’ll catch on quick as well. Just some things to ponder as I finish up for the week.

As we blast Mandisa’s What If We Were Real through the speakers, let me ask you- are you honest and vulnerable with your family? If not, why not? When celebrities split up or die, how do you react? Crying on the floor in a heap, or with resolve that you won’t make the same mistakes they did, with God’s help?

Til next time, have a great week guys!