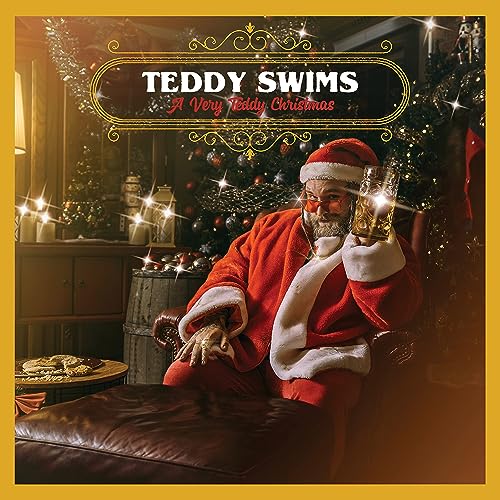 It’s been a long time coming, but I think I’ve come to a point in my life right now where I can say with confidence and unequivocally, that mainstream music isn’t bad at all. I knew it all in my head when I was listening to and reviewing mainstream albums from 2019 onwards (it was influenced I guess in part by Jon’s and my blog series about influential artists!). But I think at some point during 2021 (last year); I really started to appreciate what God was saying to me through all kinds of artists. In terms of music artists, the questions arose last year as to whether I should stay safe or take a risk in terms of who I listen to- shall we stick to our preferences or find something else to latch onto, to challenge, inspire and encourage? And for me especially last year, I have been branching out in mainstream music (I mean, I have since 2018 if you want to think about it technically!)- if you take a read of our reviews, you can see that we’ve been taking some pretty big risks- an example is reviewing both Olivia Rodrigo’s SOUR and The Veronicas’ GODZILLA around the same time last year; albums that even a year ago we’d frown at. However if there is one artists who has stretched my idea of how music should sound like, I reckon it has to be Teddy Swims and his debut EP Unlearning

Teddy Swims is an artist that I don’t think has gone the traditional route in relation to how he has achieved stardom. Originally becoming famous after releasing a viral hit of the Bonnie Raitt cover “I Can’t Make You Love Me”; he has gone from strength to strength- but has done so almost exclusively on the internet, via Youtube and social media. As a result, there hasn’t been many singles in the traditional sense… and much of the hype has been through the digital-sphere. As such, Teddy may be one of those artists who might not have recorded anything had it not been for Youtube and social media. Had he been around in the 90’s… he might not have been a singer. And that’s not a diss to his singing ability, because Teddy has an out-of-this-world breathtaking voice. It’s just that the nature of how music is consumed these days, reminds us that artists are, and probably need to be, better placed now, with number of fans and followers even before having released an album, than they were before in the 80’s and 90’s; for any chance at stardom. And Teddy’s debut EP highlights this adaptability and gratefulness for his digital platform. This is a pop album, but Teddy’s vocals shine on almost every track. And as we have reviewed Unlearning here, the time has come to be amazed by what Teddy has offered up next- a Christmas EP called A Verry Teddy Christmas.

As far as EP’s go, this holiday themed release, which release a couple of months ago, is solid, and the song choices complement Teddy’s crazily awesome voice. Yet, there’s something here that makes me conclude that this release is just… solid. Not awesome. Not breathtaking. Not out of this world. Despite everything Teddy has going for himself, this EP isn’t ground-breaking by any means… so let me tell you why. First off- there’s no originals, and we know from Unlearning that Teddy can indeed write songs. So why no Christmas original? Secondly, “Silent Night” to me is the best song on the EP- reflective, contemplative, soft, reverent, honest, personal… so why aren’t there any more carols either? “Please Come Home For Christmas” is a tad slower than I would’ve envisioned, and Teddy doesn’t belt out the vocals, and thus this track falls flat as Teddy doesn’t rely on his strengths of being a superb vocalist; while both “This Christmas” and “Have Yourself A Merry Little Christmas” feel off, and musically out of place. Can I say that they sound like they’re recorded seemingly half-heartedly? I never was a fan of the holiday melody “O Christmas Tree” (because the persona is worshipping a tree), and thus Teddy’s version doesn’t connect with me at all; while the EP is somewhat saved by the brilliantly recorded and vocally flawless Nat King Cole cover “The Christmas Song”.

Unlearning is Teddy Swims’ story, and unfortunately A Very Teddy Christmas doesn’t compare in the slightest; even though Teddy passionately sings his heart and soul out. There’s no doubt though, despite this ho-hum holiday effort, that he will go far. And as Teddy sings about a myriad and smorgasbord of issues on his debut EP, and also tries his absolute hardest here; Teddy eloquently makes us feel at home (for those of us who love Christmas songs that are maybe too reflective!), and still objectively sings these 6 songs like a veteran, even if they don’t connect personally! And… what else is there to talk about when I can just say listen to Teddy’s songs (his debut EP in particular!) and be amazed? Well done Teddy, I can’t wait to hear what God has in store for you in the future!