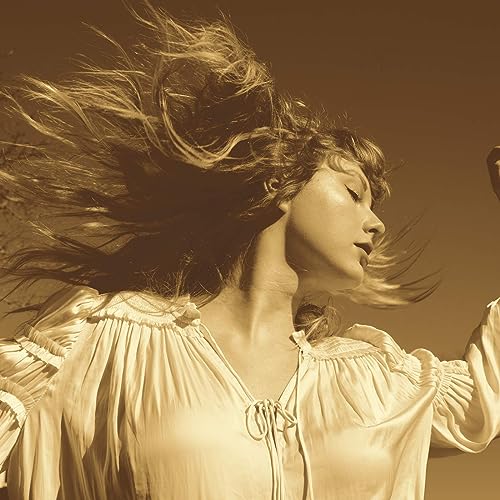 There are a few things that are certain in life. Death. That one is inescapable, and you never know when your time is up. Hence you should always like life to the fullest and always cherish the ones you love. Taxes. Those payments that are given to the government depending on what you earn. It’s probably taxes that keep the government running, and quite possibly helps them in undertaking large scale projects like developments on infrastructure, education or roads, to name a few. Yet here is also another constant that we all can know is true and won’t ever, ever fail. It’s a sentiment that we can all be proud of, and it is this: that Taylor Swift is one of the most thought-provoking, comforting and inspirational singer/songwriters of all time, and one of the most influential artists of all time. That’s simply a fact that just is- we’ve known this ever since her first single. The ability of Taylor to eloquently, effortlessly, honesty and poignantly create heartfelt melodies that touch our soul, as well as move between genres of pop, country, folk, Americana, dance, EDM and various others so seamlessly… not to mention the ability of Taylor to write from the heart and to invoke emotion in us about relevant lyrical and thematic topics that are universal within us no matter what we believe; well that’s just simply out-of-this-world. Taylor is a once-in-a-generation artist, and if you haven’t listened to her music… well then, you’re missing out. You can read about her on Wikipedia, as well as view her discography (albums and singles). We will blog about her at extensive length within the next few weeks; but until then, let me divulge into her latest album. Fearless (Taylor’s Version) released in April this year- and though the album originally released in 2008, the fact that it is now re-recorded with additional tracks via Taylor’s new label Republic Records; that does call for celebration, does it not?

Throughout my entire life, I never envisioned being a Taylor Swift fan. Not to say that I’m now an avid fan who buys all the merch and camps outside for hours and hours to buy the latest album, or queues for the latest concert days in advance. It’s just that in preparation for my blog about Taylor (which because it has to be extensive and in depth, I’ve started to be proactive to listen to her music now!), I’ve stepped out and dived heavily into her music. And I’ve discovered that even objectively, you can’t help but to root for Taylor and her success. With a smorgasbord of genres encompassed within her discography, Taylor has redefined what music sounds like, and has raised the standard ten-fold or maybe more. Her brand of singer/songwriter, pop and country is just sheer infectious and contagious in an extremely good way, and as I listened through Fearless (Taylor’s Version) for the first time, I could see what the big deal was. I couldn’t see back then, when Taylor was racking up all of these awards and accolades; but now I know that this girl is special. Every once in a while, someone comes along and wows the entire world. Taylor Swift is that person.

In terms of production, I really wanted to stay very loyal to the initial melodies that I had thought of for these songs. And so we really did go in and try to create a ‘the same but better’ version. We kept all the same parts that I initially dreamed up for these songs. But if there was any way that we could improve upon the sonic quality, we did.

We just kind of took all the knowledge that we’ve acquired over decades of playing this music and applied that to it. But yeah, I did go in line by line and listen to every single vocal and think, you know, what are my inflections here. If I can improve upon it, I did. But I really did want this to be very true to what I initially thought of and what I had initially written. But better. Obviously.

There are dozens and dozens of reviews online for Taylor’s new album. Just google ‘taylor swift fearless taylor’s version review’ and you’ll see what I mean. Much more popular, respected and reputable sites than this, such as Medium, Pitchfork, The Guardian, NME, Vox, Variety and Rolling Stone; have all presented their extremely positive, extensive and glowing reviews of their opinion of how Taylor has shaped music in general and has impacted us all in a positive way, through this album. These reviewers are experts in their fields, and if you are clicking on this ‘review’ to find an extensive review from myself; then unfortunately you will be disappointed. For me, I’m not yet of the level of expertise objectively and subjectively on Taylor’s albums, although I probably will be in time for my blog in about a month and a bit or so! But because these reviewers are paid to review on their sites, and maybe are much more invested in Taylor’s music (although I’m quickly becoming a casual fan of Taylor’s and maybe a much more active fan in the future!); it makes sense for me to point you all to read reviews written by people more eloquent than myself.

That’s not to say that I don’t have an opinion. I haven’t listened to the 2008 album Fearless yet, but listening to Fearless (Taylor’s Version) is like a warm hug. Even though I couldn’t see the hype of Taylor Swift at the time that Fearless released in 2008, listening to this re-release now feels like revisiting my childhood… sorta, if that makes sense. In an incredibly good way, and in a way that’s comforting and soothing. And I guess it’s because that Taylor Swift and her music has always been in and around the background over the past decade- and though I hadn’t listened to ‘mainstream’ music heavily since 2019 onwards, Taylor’s songs (her hit ones especially) are instantly recognisable, feel familiar, warm and inspiring, and bring a smile to my face. Sure, I may not be the intended target demographic of these songs, given I am a single, white, male in my thirties; but I reckon Taylor’s discography is for people of all ages and people from all walks of life. Taylor’s music is applicable to all situations and her songwriting is extremely top notch. Her music and how she constructs a song cuts to the core of what it means to be a songwriter- and if you’re not a fan of Taylor’s music, then I’d say that there’s no better album to start off with than with Fearless (Taylor’s Version). These songs are 95% close to the original, and the vocals here are exquisite. Maren Morris and Keith Urban are present in 2 of the 6 ‘From The Vault’ tracks that we’ve never heard before (“You All Over Me” and “That’s When”), while Colbie Caillat returns to lend her vocals to “Breathe”. Fearless (Taylor’s Version) also garnered the biggest opening day for an album on Spotify in 2021, tallying more than 50 million global streams in its first day on the platform; while I for one was transfixed by the entire project, but songs like “Love Story”, “You Belong With Me”, “Breathe”, “Today Was A Fairytale”, “Fearless”, “Fifteen”, “Forever And Always”, “Change” and “Untouchable” stood tall amongst the rest. There’s an article by Entertainment Weekly about the subtle differences between Taylor’s 2008 project and this one (and I was blown away by the in depth detail of the article!); and the album reached critical acclaim. Any which way you slice it, Fearless (Taylor’s Version) is a piece of music history that should and probably will be remembered with awe and wonder for decades upon decades to come.

Fearless (Taylor’s Version) is an album that we all need to experience pronto. No other reason needed in that it’s a classic album and Taylor Swift is a musical and lyrical genius. Sure, 1989 is Taylor’s most popular album, and Red is her most personal, so I guess when those albums are rerecorded (Red (Taylor’s Version) is releasing in November!) we’ll see all kinds of records broken. But with this album being the first album Taylor has rerecorded… it’s special in a nostalgic way. Taylor Swift won Artist Of The Decade at the American Music Awards in 2019… and with this album and the amount of care and time she put into it, it’s not to hard to see why. I’d imagine that from this album, a lot of younger singer/songwriters would want to aspire to be like her- and why wouldn’t you be? Taylor’s ascension to stratospheric heights is only increasing… and with that I’ll leave my ‘review’. Because I’ll have loads more to say in a month and a bit in my blog– so in that respect, you all need something to anticipate reading, don’t you? Well done Taylor, for a perfect masterpiece, and I can’t wait to hear the rest of your discography, re-recorded in the way you intended! Maybe another live album or a Christmas album later on down the track in between re-recordings?

5 songs to listen to: Love Story, Breathe, Today Was A Fairytale, Forever & Always, That’s When