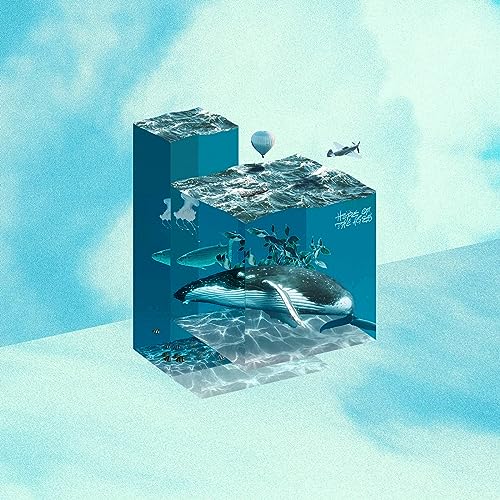 ‘…I don’t know what your stance is, on this conglomerate of a megachurch called Hillsong. Everyone would have their own opinion. Including me. People may feel like Hillsong have harmed the community and society in general more so than they have wanted, more so than the good that they profess they want to do, and so, Hillsong is a word that brings up a lot of guilt, shame, hurt, anger and disappointment in some people. Others may swear by it, declare that Hillsong in all its music and sermons, are the best they’ve heard and seen in years, and may only listen to Hillsong Music (Worship, UNITED and Y&F) and will only listen to Brian and Bobbie Houston preach, alongside their ministry team. Again others would also think of Hillsong as a decent worship band, but in the grand scheme of things, they may think of their sermons as being too structured and ‘religious’, too leaning on prosperity doctrine that they may still listen to music from Hillsong, but just listen to someone else for their sermon ‘fill’- besides there are many pastors and international speakers out there, from Louie Giglio, Andy Stanley, Francis Chan and Levi Lusko, to Ravi Zacharias, Brad Jones, Erwin McManus, Beth Moore, Christine Caine and Nick Vujicic, to name a few. And so herein, lies the point: that Hillsong in all its facets and nuances, in all its attempts to do right, and how at many times there’s been instances and occurrences where people may think they’re intentionally doing wrong; in all of that, Hillsong have continued to plough through, at least musically, to create a catalogue of musical albums across three different distinct outlets to create a worship ministry that has been delivering powerful songs and heartfelt melodies all the way from the start with songs like ‘Shout to the Lord’ and ‘The Power of Your Love’, to the most recent with ‘King of Kings’, ‘Good Grace’ and ‘Another in the Fire’. We may all have opinions as to their validity in society today, and whether they are truly as important, influential, and impactful as what people also say as well. And regardless where we all stand on the ‘love for Hillsong’ spectrum, one thing cannot be denied- their songs nevertheless, have an emotion and heartfelt poignancy about them that, for me personally, rivals only that of Chris Tomlin and Casting Crowns, as they (Hillsong Worship, Hillsong UNITED and Hillsong Young & Free (Y&F)) give to us songs that can touch and move our spirits, especially in this time and place in the world today. Say all we want about Brian and his Hillsong ministry, but much of the discographies of these three incarnations of Hillsong, are touching people’s lives around the world. Just maybe, it’s only going to be a matter of time before the songs touch yours as well…’

This above quote is from my blog about Hillsong (all the facets of it) that I wrote way back in April 2020- the link is here. And so, as we are now in 2021, August 2021 to be precise; I am able to look back at my blog post that I wrote around a year ago, and really understand that yes, as polarising as Hillsong is amongst the community, their music still has weight, gravity, heart, and value. This is certainly expressed all the more with the unveiling of Hillsong Worship’s new song ‘Hope of the Ages’, a collaboration between long-time Hillsong Worship leader Reuben Morgan and Cody Carnes (worship artist, and husband of Kari Jobe, arguably one of the world’s most ‘in’ worship leaders and artists at the moment). With the song itself coming out of no-where and with virtually no publicity on it whatsoever, Hillsong has once again delivered a song of immense enthusiasm and passion, and a song that I’ve just connected to today, on a level very similar to whence I conncted to Hillsong Worship’s ‘What a Beautiful Name’ around 5 years ago. With the song being produced and unveiled during a time of the ongoing COVID-19 pandemic period, where live music, even some studio music, is delayed; this new song is perfectly timed. While we as people around the world are itching to go congregate again at live music events in the future, Hillsong have unveiled to us a new song to tie us over until the next full-length album of new material. And with the releases of Take Heart (Again), At Easter EP and now this brand new single, then maybe a brand-new album is lurking in the shadows in the near future?

Standing at a bit over 5 minutes in length, this song is humble and heartfelt, compelling and confidence-building, and a song to be the ‘sequel’ if you will, to ‘King of Kings’. Led by both Cody Carnes and Reuben Morgan, we are met with a song that states the reality of what the gospel is (or should be) to people, and through the words of the first verse, we know that this is a song that has the power to impact just like songs ‘King of Kings’ and ‘What a Beautiful Name’ beforehand- ‘…the gospel of Jesus, it’s the hope of the ages, burning brighter and brighter and standing forever, the church He is building, nothing can stop it, it’s a city that’s shining, a light in the darkness, nothing can stop it…’ ‘Hope For the Ages’ is a great reminder of what the gospel of Jesus can and does do for people who fully understand the gravity of our own sin, and the extraordinary love of God in spite of how we have behaved. While people may have their own views about Hillsong and what they believe to be sound doctrine or not, coming out of this megachurch; one thing cannot be denied- which is the power of these songs delivered by Hillsong Worship, UNITED, and Young & Free, and this song is no different. We can still love and appreciate the music without latching on too much to their teachings, right? Dunno about that, but regardless, God can use such a conglomerate like Hillsong, to challenge people in general, in their own faith journeys as they refine what they believe to be true. Hillsong has its place, and this song carries with it a lot of zeal, passion, enthusiasm, and heart, making the track a must if you are a fan of Hillsong, period, but if you want to start the Hillsong journey and take the plunge into hundreds upon hundreds of songs? Maybe not the best place to start. In fact, this song may make a lot more sense after anyone who reads this review, also reads my blog on Hillsong as well, and then listens to a best-of Hillsong playlist on Spotify. Then and only then, can you maybe appreciate ‘Hope of the Ages’ for everything that it has going for it. Reuben’s been a founding father for Hillsong Worship all these years ago, and so to see him leading this song is a nice touch. Cody is starting to become one of today’s most emotive and humble worship leaders, so for both Cody and Reuben to collaborate on this track is a reminder that two different generations can still come together united in Biblcal truth. It is in not only this song, but through Take Heart (Again) and At Easter EP, where I’ve found a new-found appreciation for Hillsong, and maybe, just maybe, people can revisit songs from these two aforementioned EPs, and be reminded that in a time of 2021 with the pandemic not slowing down anytime soon; timeless, familiar songs (like Hillsong’s two previous EPs), and songs that can seem to feel like they’re familiar and timeless (like ‘Hope for the Ages’), can often get us through even the most difficult of circumstances. Well done Cody and Reuben for this emotive and powerful song, maybe a lead single for a forthcoming album in the future?

‘…I’m sure the Lord will use Hillsong– UNITED, Worship and Y&F, for His glory in the end, and hopefully, songs like ‘What a Beautiful Name’, ‘So Will I’, ‘Mighty to Save’, ‘Oceans’ and ‘Cornerstone’, can pierce our hearts and make us see the world as God sees it. God loves all of creation, and if we are the hands and feet of Jesus, as we should be as Christians; then we should love without reservation as much as we can- and if a Hillsong song can have the power, through Christ, to change our hearts and our perceptions of the other person who is different from us, then these songs have served their purpose, regardless of the original intentions or motivations behind the song in the first place. Hillsong are here to stay, and they’ll continue to make albums, often on an annual basis (for Hillsong Worship), and once every two years (for both UNITED and Y&F), and if they manage to change a few hearts in the process, then it’s a job well done for this worship group from Down Under…’

‘…Beginning with the declaration, “The gospel of Jesus, it’s the hope of the ages,” this song is a confession of our belief in the Word of God and a reminder that Christ brings us hope and salvation. Despite days of uncertainty and unrest, we can praise God because we know that He is with us always and our future rests securely in His hands. He reigns in victory over everything and He is the Hope of the Ages…’