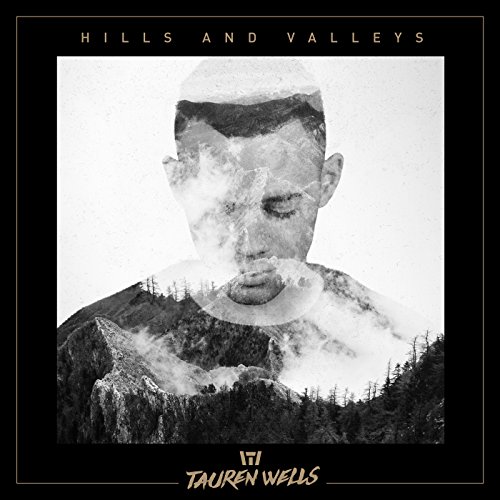 A few months ago, Tauren Wells, frontman for the highly successful and popular CCM band Royal Tailor, unexpectedly stepped out on his own and went solo, to the surprise of even his band mates. As Royal Tailor were already signed to Provident Label Group, and with plenty of hit singles; most of us or maybe all of us were thinking that this band could become bigger than it already was with the release of their past two albums. Alas this was not the case, and now Tauren Wells has released a brand-new EP, titled Undefeated. While it is indeed sad that what we could have seen for the band never came to fruition, what Tauren’s debut EP showed us is that he still has plenty more to offer as a solo artist, considering that God has placed him on the path of ministry and showing people the love of Jesus through being His hands and feet.

Just like how Audio Adrenaline 3.0 with Adam Agee on lead vocals sounds like a pop/rock version of Stellar Kart, or how Newsboys at times remind me of the good ol’ days of DC Talk; Tauren’s debut solo effort is everything I could’ve hoped the next Royal Tailor album to be. Now, coming into 2017, Tauren has offered to us another release, with a single version of his next single after “Love Is Action”, titled “Hills And Valleys”. Though we’ve heard this song before last year, it’s another timely and gentle reminder of God’s love for us, and that ‘…on the mountains I will bow my life to the One who set me there, in the valley I will lift my eyes to the One who sees me there…’. With Tauren also releasing 2 versions of his smash hit- a remix and an acoustic version- expect this song to be massive and ‘blow up’ this year on radio, and maybe a late entry into WOW Hits 2018 over “Love Is Action”…

“Hills and Valleys”, the most CCM track on Undefeated and Tauren’s official second solo single, is much more subdued and reflective than anything he’s ever recorded, either as a solo artist or in Royal Tailor, as Tauren reminds us all that God is a God who is present during both our highs and our lows. He is God of the hills- the high moments, the up times where we believe that nothing can go wrong; and He is also God of the valleys, the low moments, when we feel as if we are suffocating, that the whole world is against us, and when all we just want to do is hide ourselves away from the world.

A song that provides us with perspective, healing and comfort, and us knowing that He is our constant even when everything else is changing; “Hills and Valleys” is definitely deserving as Tauren’s second radio single. With a radio acoustic remix also present on the digital EP, as well as a stripped down piano only version, “Hills And Valleys” is one of my favourite songs of 2017, and a gentle reminder of God’s devotion and love for us, that He will chase us up the hills and down the valleys to ensure that we follow Him and trust Him 100% in everything that we do!

Tauren’s first solo effort is nothing short of powerful and unique, shown through Undefeated EP and now through all three versions of “Hills And Valleys”, as he continues to remind us that even if a band ceases to exist, that doesn’t mean that the members (or in this case, the lead singer) also depart from music as well. Just like how Peter Furler continued music after his own departure from the Newsboys, so has Tauren Wells shown us that his time serving the community and ministering to others through music is not done yet. It’s still a mystery as to why Royal Tailor really broke up, but nevertheless, Tauren’s effort still impresses, and continues to be an EP that is on rotation on my iTunes playlist of late. Perhaps Tauren will release an official full length album in the near future… but let’s just sit back, enjoy and let God minister to our souls, as we remember that ‘…when I’m standing on the mountain I didn’t get there on my own, when I’m walking through the valley I know I am not alone, You’re God of the hills and valleys…and I am not alone…’.

3 songs to listen to: All three versions of Hills and Valleys!