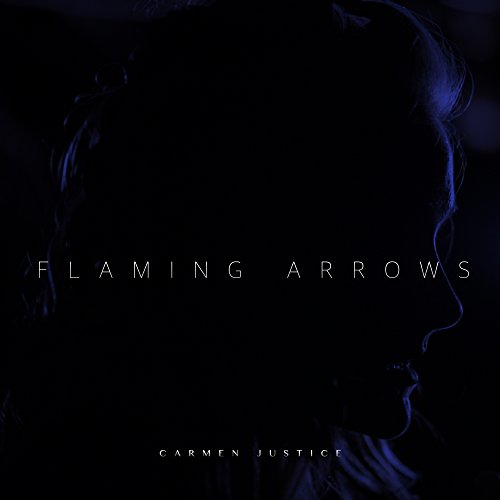 “…one thing I’ve learned is that everyone has imperfections. I think any industry has imperfections. And with the music industry, I think that it’s really easy to get lost in the business side of things, get lost in stuff that really isn’t the point, get lost in the financial side of things. One thing I think I’ve taken away from my experiences is to really ask the question “why am I doing this? What’s the point?” And if I’m not doing it to point people towards Jesus, then this is not something that God’s going to bless, ultimately. And I think with the music industry, I think it’s also about just embracing it. Embracing the fact that everyone’s going to have flaws. People are going to fail you, and situations will fail you, and even if you think something’s going to work out, it might not work out. When I have learned to embrace those things, it’s taken a lot of pressure off, of my expectations and helped me enjoy why I’m doing it in the first place…” Previously one of the founding members of 1 Girl Nation (later known as 1GN), Carmen Justice recently shocked the CCM world with the release of a debut solo single. “Flaming Arrows” marks the end of 1GN (I know, I was shocked too), and originally, I hoped that maybe Carmen would do a solo career on the side as well as continue with the group, because honestly, their debut self-titled album and sophomore album UNITE were some of my favourite albums of 2013 and 2016 respectively.

But as the days and weeks went by and more and more press releases and interviews surfaced (in particular, an in-depth interview with NRT!), we now know that 1GN are no more, yet it’s great to know that all of the girls parted ways amicably. Because of this split, we now can hear Carmen’s debut single “Flaming Arrows”, an in your face anthem directed to our insecurities and fears, and Carmen declares that they won’t win because of Jesus on our side. With this single providing us comfort as to who has won the war, despite our current circumstances, this is a track that is sure to provide healing and reassurance, and resonate with many- guaranteed to succeed immensely on radio.

Musically and stylistically different to any of 1GN’s previous material, we are immediately introduced to electronic effects, an abundance of synth and explosive drum beats, as Carmen sings out alongside computerised vocals, that ‘…all these voices make my heart beat-beat take flight, fear won’t win in the dead of the night, flaming arrows feel the heat, but they know, I’m not running from my ghosts…’. As Carmen eloquently and gently reminds us that in this world there is a spiritual battle between the angels and the demons, and that Jesus has won the battle and the war, therefore we do not have to be afraid; we are presented with an inspirational melody that encourages us to be bold and stand up for what we believe in, as we can do anything through Christ who strengthens us. Fear cannot and will not win anything as Jesus’ death and resurrection ensures our eternal salvation, if we choose to accept it. Heart-warming and powerful, moving and stirring; Carmen’s new song “Flaming Arrows” is sure to be a song that will be played on radio plenty of times during the year, and something that has me excited for more solo material from Carmen, whenever that may be.

“…I definitely want to be honest about that process, for my fans and for people in the industry. We decided that it was just a time to go in different directions. We all are still best friends, and that’s something that I want people to know, that I still talk to the girls all the time. We went through so much, so I think part of our story as a band as it came to a close is that we gained kind of a sisterhood. They’re friends where I know that they’ll be honest with me, and they’re the first that I share my music with. So it’s been really cool. But yeah, we decided back in the fall that it was just time that that season was ending. There were new things to come about. And I’m the kind of person where if I’m in something, I’m in it 120%, and you know, I think I would probably have been in a girl group until I was 70 years old if someone wouldn’t have ended it! So it’s really nice knowing that things have ended really well, even with the label and management and the girls, we are all still on great terms…” When one chapter ends, another begins, and it seems that Carmen Justice’s new journey is definitely worth checking out in 2017. While it’s a bittersweet end for 1GN, all good things on this earth usually do come to an end, so let us not lament on what could have been with the band. Instead let us focus to the future, with Carmen’s new solo venture and how she’s still leading people to Christ through her inspiring music. “Flaming Arrows” is for sure the first step in undoubtedly a new and exciting journey, so let’s all immerse ourselves in what Carmen has to offer musically, and remind ourselves that fear won’t win!