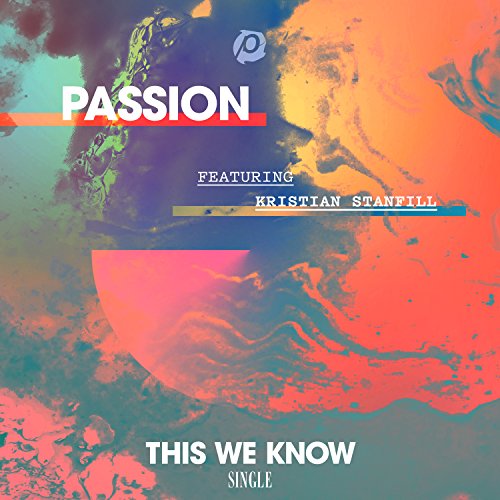 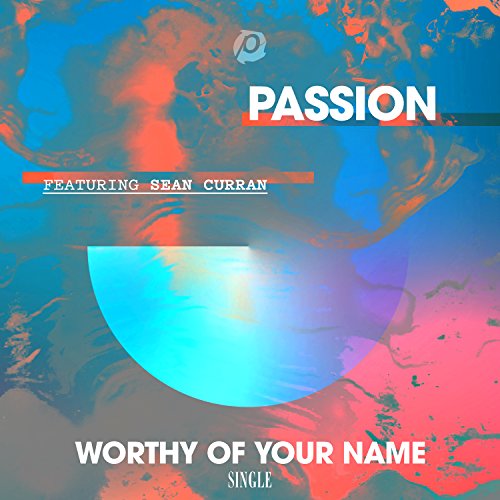 ­Passion Worship Band has been a movement that has been a phenomenon since its inception in the late 1990s, as founder Louie and Shelly Giglio became pastors of one of the most influential global worship movements that anchor its message of hope and worship within the sphere of influence of young people. In other words, Passion and their music ministry has been focused on reaching a lot of younger people, from high school to university students across the world. Annually, more than 50,000 18-25 year olds from a variety of countries and across the states of America, trekking towards various domes (this year it was the Atlanta Georgia Dome) for the annual Passion conference. Three days and nights of teaching and learning, of worship and encouragement, Passion has always been about bringing together young people as they declare the name of God, hear renowned speakers like Louie Giglio, Christine Caine, Beth Moore, Francis Chan and John Piper, and just generally be inspired through song, sermon and being around fellow young people going through similar circumstances and issues. With the Passion Worship Band within this movement comprising of many sixsteps Records artists, from Chris Tomlin, Kristian Stanfill, Crowder and Brett Younker, to Melodie Malone, Christy Nockels, Matt Redman and Charlie Hall; the three days in January and full of worship led by these aforementioned artists, alongside a few surprising guests (over the years they have comprised of Colton Dixon, Kari Jobe, Carrie Underwood, Lecrae and Hillsong UNITED to name a few).

Now fast-forward to 2017. Another year has started, and Passion 2017 has come and gone. Songs have been sung, and people have gathered together to assert with one voice the heart and ministry of Passion, that has always been rooted in Isaiah 26:8- Yes, LORD, walking in the way of your laws, we wait for you; your name and renown are the desire of our hearts. And so what has resulted in this conference that was Passion 2017? Well hopefully lives have been encouraged and changed throughout the 3 days communing with fellow young people. But we all know what the most important thing is… the music. No seriously, what has been great about annual Passion conferences is the introduction of new music each year- similar to how new music is introduced at every Hillsong conference. While Passion 2016 was indeed a studio album instead of a live one as they have always released for the better part of the 2000s; what I may assume is that this year’s Passion 2017 will indeed revert back to a live project- which doesn’t really worry me though. In fact, as much as I did enjoy Salvation’s Tide is Rising, I did somewhat feel that the songs on that album were more polished than needed to be. So ahead of its February 17th Passion 2017 album release, 2 studio versions of new songs sung during Passion 2017 have been released to iTunes- “Worthy of Your Name” from Bellarive frontman Sean Curran, and “This We Know” from Kristian Stanfill.

Originally recorded by Vertical Church Band and on their live album Frontiers which released in July 2016, “This We Know” is a song fit for the modern church, and is quite possibly one of my favourite worship songs to be heard in either 2016 or 2017 (thus far). “This We Know” has a trademark ‘Jason Ingram’ flair to it- indeed, the song was co-written with Jason Ingram (a songwriter whom I reckon is one in a generation), but that’s beside the point. Regardless of who wrote the track, “This We Know” is still a song that has encouraged me of late, reminding myself of all that I know of God to be true, that ‘…this we know, we will see the enemy run, this we know, we will see the victory come, we hold on to every promise You ever made, Jesus, You are unfailing…’. Realisation collides with revelation, and declarations are spoken out through song, as “This We Know” is an anthem, one that we sing and will continue to do so as we realise how much of who God says He is, is true- all of it! “This We Know” tells us a story of assurance, us truly knowing that Christ has won and the devil has lost in this tale of redemption and us being connected back to the Father. With an easy-to-sing melody and a high potential to be slotted in Sunday morning song set lists by mid year, “This We Know” will be arguably considered heavily for a possible WOW Hits 2018…unless this song vacates for what could possibly be the ‘darkest horse’ of songs to ever be considered in 2017 thus far…“Worthy of Your Name”, a song that may not be a forerunner for WOW Hits 2018 inclusion, but can nevertheless be considered come July/August time.

“Worthy of Your Name”, the other single released by Passion a week or so ago, this song features Bellarive frontman Sean Curran at the helm, and makes me anticipated for whenever Bellarive release their album in the future (their last album Before There Was released in 2014, their new album has to come out this year, right?). “Worthy of Your Name” is indeed another anthem in its own right, but it is something that Bellarive would actually sing, rather than Passion, if you get my drift? Does this mean that Sean Curran has departed from Bellarive and is now becoming a worship leader at Passion events from now onward? Maybe, maybe not. But what “Worthy of Your Name” does that no worship song in recent memory has done is to take a familiar theme of declaring God’s worthiness and paring it with musical undertones akin to something of an alternative nature. No, this song is not your average Chris Tomlin-esque track, nor it is something that someone like Matt Redman or Christy Nockels would sing either. Sean Curran has passion, something that sadly many worship leaders don’t seem to carry across when they worship…which isn’t necessarily their fault. Sometimes when someone worship leads, enthusiasm and passion naturally comes through- and Sean is one of such people. Which makes “Worthy of Your Name” ever more special. With vibrant guitars and poignant vocals, if “Worthy of Your Name” suddenly appears on WOW Hits 2018 (even though I know “This We Know” will receive more radio airplay), I won’t be complaining.

So, let’s put it this way- both these aforementioned songs are great. Both are songs that I reckon will be influential and impacting in the rest of 2017. Both have heart and emotion, and both remind us all of who we indeed exalt, and who we are in light of that revelation. Kristian Stanfill and Sean Curran are great leaders and songwriters, and can facilitate a moment of worship well within the confines of these tracks. And so, with these songs being released, I am eagerly excited about this new Passion project. Then again I was excited about every other Passion album prior. That’s not to say that Passion albums aren’t great, it’s just that when a movement releases one album every year, sadly, but not necessarily intentionally, only certain songs stand out on every album. That changed when I heard Salvation’s Tide is Rising- a studio album that changed every preconception I’m sure anyone has had for Passion in its rich and long history. And now hopefully the doubters and sceptics of Passion and their music can eagerly await alongside myself for the new Passion 2017 album, and if is anything like “This We Know” or “Worthy of Your Name”, then this new album from Passion could be one of my favourite worship albums of 2017!

2 songs to listen to: Both of them!