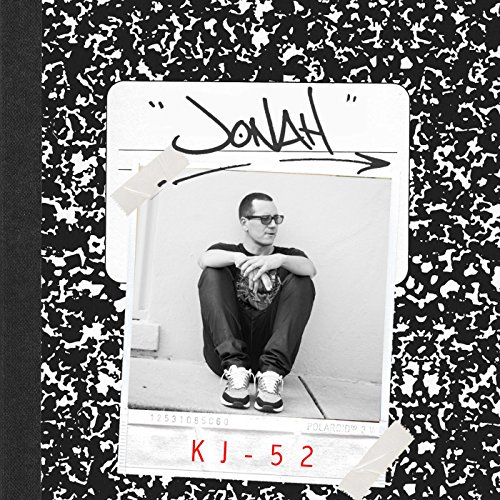 “…I don’t think the quality [of Christian Hip Hop] is any different or better, I think we just have more people open to it. The hip-hop generation has grown up, there are now key people in key positions who weren’t there when I got in. There has always been quality Christian rap and there has always been crappy Christian rap. That has never changed. What’s happened now is it gets the support on radio, retail, concerts, touring, but that’s mainly because the older generation got pushed out or has left and the younger generation is in power. Like anything, with growth comes problems. I think there are some things that are problematic. I believe, just like I’ve always believed, that sooner or later God’s gonna either prune you because you’re bearing fruit or he’s going to cut you off because you’re not. I’ve seen so many come and go and I’ve seen so many stay because of that. The reality is, nothing impresses me and nothing discourages me either. Time will always tell…” Jonah Sorrentino, also known by his stage name KJ-52, has had quite a journey in the Christian rap and hip hop markets. Releasing 8 full length studio albums and guest singing/rapping on various compilation projects and other side projects, as well as being nominated and also winning several GMA Dove Awards; KJ-52 has begun another journey into the unknown- releasing his first independent album in almost 20 years. Jonah was funded through Pledgemusic, and the result are 8 honest, personal, emotional and inspiring melodies, with many guest vocalists employed throughout. Though the track-list is short, and I myself haven’t really listened to KJ’s extensive discography (save for a few tracks on Dangerous…); multiple listens to Jonah over the past few days have reignited my love for rap in a way that no other rap artist has ever done. KJ’s lyrics and rhymes are brilliant in these 8 offerings- if you haven’t heard of KJ before, then Jonah is a great place to start.

One aspect that sticks out to me, is that throughout this short but impacting track list, even though KJ is predominately rap- he dabbles more in other genres, which surprisingly works, while many relevant topics are extensively covered! The album opener “Hold On” features Curt Anderson on guest vocals, and has KJ imparting knowledge and wisdom to his younger self and those who feel down and discouraged during the verses, and Curt fervently crying out in the chorus that we can ‘…hold on, you got this, don’t throw it away, lean to forgive but don’t forget, even when it feels like the worst, hold on, you got this don’t throw it away, make more memories than regrets, if nothing else just live and learn…’. Driven by captivating electronic beats and synth, the hopeful, reflective dance anthem reminds us to turn to Christ during our pain, trials, sufferings and tribulation, knowing that He is with us, thus we can be at peace and can be free, because He holds it all together.

“Best Day Ever”, a cheerful, bouncy, guitar led praise song, is a testimony like track featuring Chris August on guest vocals, as KJ highlights to us that the best day ever was when he became a Christian, and hence his life was never the same again, and ‘…it’s all because of You, You, You, You, You, it’s all because of You…’, while the southern gospel, bluegrass and country themed banjo and guitar led “More Of You, Less Of Me” is also another worship song, as KJ teams up with Whosoever South and ardently proclaim that we need more of Jesus and less of ourselves, as we worship Him with all of our hearts and souls.

KJ then proceeds to enter the world of rappers like Lecrae, KB and Andy Mineo, with “Nah Bruh”, an intense declaration that he intends to live 100% for Christ, and that no one can tell him how to live. The song also can be interpreted as an homage to his KJ’s producer Derek Minor, and the fact that he pushed KJ as an artist to record the best music possible, that after most takes Derek would say ‘nah, bruh’ and the song would be recorded again until it was right.

While “Lockdown” is an electronic remix type melody lyrically centred on KJ’s love for his wife, and that his is more in love with her now than ever before, that she has his heartbeat on lockdown, in a very good way; and the album closer “Know About It”, featuring Derek Minor, is yet another testimony like song (much like the album opener), where KJ and Derek rap/speak/sing about the steps KJ took to get to where he is right now as an artist, imparting too us that we need to know about the journey he went on to know and fully understand the types of songs written in his discography and why. While this track is maybe too ‘meta’ and out there for my liking, it does serve a purpose, reminding us that every action we take now is based off an idea or belief that we currently have, sometimes due to events that occurred during our lives. 2 ‘silly songs’ round out the track list, with “Get Down Get Down” and “Day Job” highlighting that fact that KJ sometimes is mistaken for TobyMac, with these occurrences getting him into some pretty funny and unbelievable situations. While there isn’t really any spiritual significance with these couple of tracks, you cannot not have a KJ 52 album without any ‘silly songs’!

“…I obviously can’t write the same records I’ve always written. How does it look, a 41-year-old man writing the ‘Mountain Dew Song’? I now have experience of a grown man but still, operate in the same space that is by youth for youth. I don’t mean for young people, but as the voice of the youth who didn’t have a voice. That’s kind of what birthed some of this. It’s easy for me to go, ‘hey, this is all the things I’ve been through, maybe you can relate because this is a universal problem’…that’s just all perspective. Almost every song has a tinge of that. I wasn’t going to write, eight gut bearing songs, no one wants to listen to that, but every bit of it comes from that perspective…” With Jonah being KJ 52’s most cohesive work to date and my favourite rap album since TobyMac’s This Is Not A Test; this is an album that is a must listen for 2017, no matter if you love rap or not. In fact, if you love music in general (how could anyone not!), then you will definitely find a song or two that you will love on Jonah. There’s nothing really more I can say to you that could make you want to listen to the album. So I will say this- take a listen, and if you like it, that’s great. If not, that’s fine too. Personally, I reckon the album is great. The many guest vocalists add a different dynamic (in a good way!) and I cannot wait to see what KJ does next, considering how this Pledgemusic campaign was so successful! Well done KJ, can’t wait for your future endeavours!

3 songs to listen to: Hold On, Best Day Ever, More Of You Less Of Me