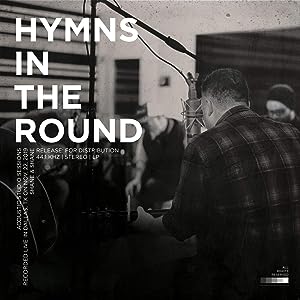 Shane & Shane – Hymns In the Round (Amazon mp3/iTunes)

I don’t think I’m that guy. You know, the guy. The one that has every hymn that has been known by man, recited line by line, word for word, excited every time the church they’re attending changes up from a modern CCM/worship song to a hymn, because you’re so into hymns much more than the average person. No, I’m not that guy. Yes, I know my fair share of hymns- songs like ‘Blessed Assurance’, ‘I’ll Fly Away’, ‘Jesus Paid It All’, ‘Come Thou Fount’, ‘When I Survey  the Wondrous Cross’, and of course, who can forget ‘Amazing Grace’. But then I came across this particular album, Hymns in the Round, from awesome praise and worship cover-duo Shane and Shane, and it is then that I reflected and realised that I didn’t know as many hymns as I thought I did.

Don’t get me wrong, I do love a good hymn-like melody- I am very transfixed by the overall nature of a song that happens to come across as very much hymn-like (like a modern day melody that has hymn-properties- like Phil Wickham’s ‘Living Hope’, or anything from indie singer-songwriter/CCM/worship leader Erik Nieder); but as I traversed this new album by Shane Barnard and Shane Everett, I realised something- I don’t know as much as I do when it comes to hymns, and maybe that’s ok. If you don’t know about Shane and Shane or their cover worship music ministry, read all about the duo in our reviews of their music here…and so now that you all are all caught up with all things Shane & Shane, we are here once again to say that this duo has released another collection of songs, this time, hymns that are familiar but also obscure, presented acoustically in a live format, appropriately titlted Hymns in the Round.

Except from a few songs that I do recognise (‘Be Thou My Vision’, ‘Turn Your Eyes Upon Jesus’, ‘My Jesus I Love Thee’), much of this album is relatively new to me, which is good. Most of the hymns I’lve come across are very popular and publicised ones, and a lot of these melodies on Hymns in the Round are songs that I wouldn’t necessarily listen to if I were to seek out hymns. And maybe herein lies the point. Shane and Shane and their reputation of late at delivering quality cover worship music, has led me to at least check out this album full of relatively unknown hymns at least once- the result is nothing short of powerful, emotive, heartfelt and poignant. Shane Barnard and Shane Everett have the ability to even make the most unknown songs feel like we’ve heard them before, and this is nothing new when it comes to Hymns in the Round.

This is an album for anyone who loves hymns and wants to listen to all the obscure hymn melodies that we may not have listened to for years upon years. Both Shane’s have embarked on a great feat- to deliver acoustic songs that aren’t their own (covers) and that are indeed hymns from years and years ago, and not that well known hymns at that- and create a version of the song that is catchy, and can draw us in from first note- and this album does all that. Sure, I may not know all the songs on the album, but that doesn’t matter. Shane & Shane have proven time and time again to be relevant musicians whose craft it is to create great cover music, and this album is nothing less of exemplary and proving to the fact that Shane & Shane are a band to check out for if you love worship music, cover music, hymn music, or all of the above, both now and into the future. Well done Shane & Shane for such a compelling album, one that I’m sure will convert a lot of people to be fans of hymns (or at least seekers of them) both now and into the future!

3 songs to listen to: Power of the Cross, Turn Your Eyes Upon Jesus, Be Thou My Vision