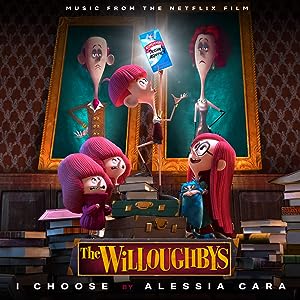 Everyone knows Alessia Cara, right? Maybe, not really? Well, let me put it this way- everyone knows the song ‘Scars to Your Beautiful’, right? Alessia, the gal who wrote this chart-topping life-affirming song, has been on a rollercoaster of a journey in and around the music industry since her debut album dropped in 2015, of which ‘Scars to Your Beautiful’ is a part of. Hailing from Canada, since the release of her debut album in 2015, Alessia unveiled to us The Pains of Growing November 2018 (of which it was reviewed here by the site) as well as her latest EP This Summer, unveiled to us all September 2019. Both these albums expressed a sense of maturity of lyrics and music, far beyond her years as an artist- still in her mid-20s, Alessia’s ability to create music that tugs at your souls, is partly one of the reasons why this particular artist will be influential and impactful for younger generations in the years upon years into the future. Both The Pains of Growing and This Summer proved the lyrical prowess of Alessia. Now here we are in 2020, and Alessia has spread her wings even more- she starred in the new animated Netflix movie called The Willoughbys, delivering her voice in an acting debut that I’m sure will be just the start of her long career in music and acting, combined. The Willoughbys brought with it an originally written song by Alessia in the heartfelt and impactful melody, ‘I Choose’.

Now I don’t know much about The Willoughbys– only that it’s a coming-of-age movie, and ‘I Choose’, be it in the credits or somewhere in the film, is a song that Alessia lends her voice towards. The song itself can’t come at a more applicable time- during such a time as being in quarantine to help stem the flow and spread of the pandemic COVID-19 virus, we need songs that can uplift and influence, encourage and challenge, and ‘I Choose’ is a reminder that such things can still be placed to the forefront in a society and world right now that may not feel like being encouraging right now. Nevertheless, Alessia’s song is challenging and compelling, as she reminds us all to always ask questions, be inquisitive, learn new things, and to challenge a system that favours religiousity and traditions, rituals and age-old habits, over a reshuffling of ideas and the wonder and awe of seeing new things and viewing them in the light of our own beliefs and what we know God Himself is trying to speak and say over such situations. This is a song of camaraderie, of friendship, of sticking by someone and being heartfeltly comforted that ‘…the house that you live in don’t make it a home, but feeling lonely don’t mean you’re alone, people in life, they will come and they’ll leave, but if I had a choice I know where I would be…’

We were made to be in community with each other, and often at times I seem to forget that. ‘I Choose’ by Alessia is a song that can hopefully remind us that in this thing called life, we’re not alone. We know that someone is choosing us to be a part of their own lives, maybe even consciously choosing on a daily basis, and we can often also choose to impact and influence someone else’s life as well. ‘I Choose’ is a daily revelation that we indeed have choices in our lives, especially choices that we make that can maybe make or break relationships of the past- Alessia’s song now can remind us to keep our friends close, and whatever rectifications we need to make for other people and to other people, it is to be done. Alessia’s new song is one that challenges us to become better people, and hopefully, this new movie, when I do see it, will do the same. Well done Alessia for such a heartwarming single, maybe that will climb the radio charts in the near future!