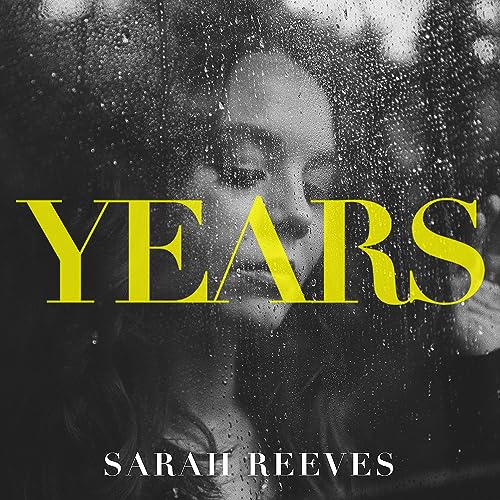 One of the more recent additions to Word Label Group, Sarah Reeves is in good company. Artists like Francesca Battistelli, Sidewalk Prophets, Big Daddy Weave, Stars Go Dim, Meredith Andrews, Love & the Outcome, Blanca and For King and Country, to name a few. And while now we are starting to hear and see Sarah and her music for what it is- unique, powerful, and heartfelt, she has been around the industry for quite some time. Sarah Reeves has had quite a big comeback of late- since signing to Capitol CMG around 10 years ago to release 2 EPs under that label, to going independent and releasing a full-length album; it was her time from 2011 till 2017 when she wasn’t pursuing music at all where I’m sure she grew a lot, in her faith and as a person. For it was in 2017 where she signed again to Word Records (a different label to her initial one) that her comeback into music began. Easy Never Needed You was released after her hiatus, and that collection of songs (once released as an EP in April 2018, and again released as a set of 15 songs in October of that same year) is by far one of my favourite worshipful albums of 2018. Sarah then released her 2020 album Life Love and Madness with more of a mainstream-pop atmosphere as Sarah embarked on delivering music which is much more accessible to the general market- we reviewed the album here, along with the review for Easy Never Needed You a few years back. Now in mid-2021, Sarah is back again with a new musical offering- this time it’s new single ‘Years’, a track that was inspired by what everyone had been experiencing this past year with the chaos that has been caused from the ongoing COVID-19 epidemic.

‘…last year in quarantine, I decided to sit down and write out my feelings that of course became a song. I felt the heaviness of the world yet knew the weight wouldn’t last forever. Hope would come and we would look back with stories to tell. Some of you may remember I posted a clip of this song last year when I started writing it. I finished it, had it produced and now I want to share it with you even though it’s not released yet. This song is not just my song, it’s your song too…’ ‘Years’ dropped digitally today (and will release in a few hours time in the whole of the U.S.- it’s Friday morning in Australia, but still Thursday night somewhere in the U S of A) and is a song about looking back on years gone by and seeing all the things that were momentous, and then realising that maybe we were worrying about the days gone by, more than we maybe should. The song is about reminiscing and looking back, and especially with COVID-19, we’ll look back one day and realise that even such a thing as COVID-19 was shaping who we are as people during moments of difficulty and trials. We’ll look back with glasses raised high, cheering the fact that we’ve gone through this pandemic, but not without loss, heartache, and heartbreak. COVID-19 is a beast; and has taken a lot of people too soon.

A song like ‘Years’ can hopefully remind us all, that there is indeed light at the end of the tunnel, even if the tunnel is longer than what we may anticipate. One of Sarah’s most personal and vulnerable songs to date, ‘Years’ presents this notion of a need of human connection within a time as this- because the only way to get through COVID-19 is together. We need the connections, even though they’re virtual for now, during one of the most disconnected times that society has ever come across. And hopefully, ‘Years’ can get people into gear, about how serious this virus is, but also the fact that this virus will not break out togetherness with people, and our resolve, perseverance and tenacity to continue and press on, year after year, so that we can say by the end of it, that ‘…these are the days we’ll talk about for years and years…’ Well done Sarah for this track, one that is as current as what it should be, but still evoking emotions about pressing on and moving towards the future, rather than just getting stuck in where we are now!