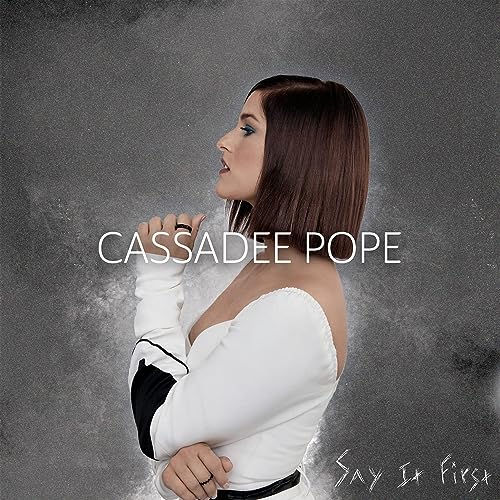 Cassadee Pope has been an artist that I’ve been listening to lately, not just because I’ve been more intentional at seeking out country music and artists like Keith Urban, Little Big Town, Lady A, Lauren Alaina, The Shires, Tenille Arts, Sugarland and The McClymonts; but rather, Cassadee’s music is fascinating, and her musical genre has been as unique as it has been different- not quite country and not quite punk-pop, Cassadee has been in and around the music industry for quite some time. Since her Hey Monday days in the late 2000s, Cassadee won The Voice (US) Season 3 back in the day, and ever since then, she’s been trying her hand at country music with the release of her albums Frame By Frame and stages. Now with the release of ‘What the Stars See’ earlier on during the year that explored Cassadee’s rock roots (featuring Little Big Town singer Karen Fairchild and singer/guitarist Lindsay Ell), we have seen a glimpse of what the trajectory of Cassadee’s new album will be like- country and rock, fused together to create something unique, beautiful, heartfelt and something new in a sea of monotonous. Certainly an artist that is refreshing, in a country genre that is starting to bring up to the fore, artists who are pushing the mould and boundares as to what the definition of country music even is, and what to even expect from a genre that has lasted for as songs and music has ever been in circulation (artists like Lindsay Ell, Cassadee Pope, The Shires, Ingrid Andreass, Kacey Musgraves, Maren Morris and Thomas Rhett); Cassadee for me will always be remembered for her song ‘I Am Invincible’, the first song I heard from her, via a mashup (with the song ‘Live Forever’ by The Band Perry) that pop/cover artists Cimorelli recorded way back in 2015. Now fast-forward to 2021, and we as a site unveiled a blog about her impact and influence, not to mention a review of her acoustic album Rise and Shine in 2020. Now in mid-July, we see another offering of music from Cassadee- and a real indication that her new album Thrive will be more rock/pop-punk leaning than country, which is still ok. ‘What the Stars See’ released in May, and in July, is new single ‘Say it First’.

Released as the second single from her upcoming album Thrive, ‘Say it First’, according to the official press release, ‘…explores the uncomfortable, yet necessary, step in ending a relationship by being the one to verbalize that it is over. The raucous track is reflective of Pope’s musical evolution – blending the nostalgic pop-punk sounds from her early career and the Country storytelling where she has grown as a writer and performer…’ Ending a relationship of any kind can be hard, especially romantic ones. For a relationship to die (gruesome words to describe a relationship ending!), someone has to verbalise it out loud that it has ended, no matter how hard it can be to even say it. Sometimes we want to hold onto something idealistic about a certain situation or person, when in fact, what we’re really doing is crippling ourselves so that we are reminiscing about the past and wishing we were there, rather than looking toward the future and the many possibilities that are presented. ‘Say It First’ is a song about biting the bullet, albeit; a bullet that can be a bitter pill in the short-term. To say that something has ended is to say something doesn’t have any chance at being revived, and that in and of itself can lead to a mourning period. Perhaps ‘Say It First’ is a song that is much needed for people who are breaking up in a romantic sense as it is needed for people who are going through something similar with friendships ending too? Maybe that’s how I can relate to a song like this- in my own life, friendships are changing, and there’s a few where I may have to even revisit, and even have to put aside for a while and let the friendship ‘die’ for now, mainly because people drift apart and just generally move away.

‘…’Say It First’ is a song I wrote about how tough of a position it is to be the one to end a relationship when you both know it’s already over. Being the ‘bad guy’ just because you said what you both were thinking comes with the territory. But not saying anything just isn’t an option. I love the nostalgic approach with the production and how it feels angsty but still vulnerable… I wanted the lyric video for “Say It First” to really capture the conflict of remembering the fire you’ve had with this person in the past; but feeling so alone in the rain in the present. I love the chaotic movement of the lyrics on the screen because it’s truly an emotional rollercoaster when you decide to end a relationship. Ed Pryor always knows how to bring a lyric to life and I’m so glad to be working with him again…’

The ending of something is always hard, no matter how we tend to spin it. Maybe ‘Say It First’ can give us resolve and motivation to just rip off the bandaid quickly and state relationships for what they really are, rather than to prolong in the hope that things may go back to what it once was. A song that is definitely bittersweet, no matter how we slice it, this is one of Cassadee’s most emotive and a great way to introduce rock to what is looking like her most musically challenging (and maybe even rewarding) album release to date. Fusing together rock and country can either turn out really good, or just ear-piercing and not in a good way. Cassadee’s previous ‘life’ as Hey Monday’s lead vocalist has really come into play on both ‘Say it First’ and ‘What the Stars See’, and fans of both her solo and band material in the past, can rest assured, that this next album by one of country music’s (and pop-punk) most underrated, is something to be excited for. Well done Cassadee for this compelling and poignant song release. Can’t wait for Thrive when it comes later on in 2021!