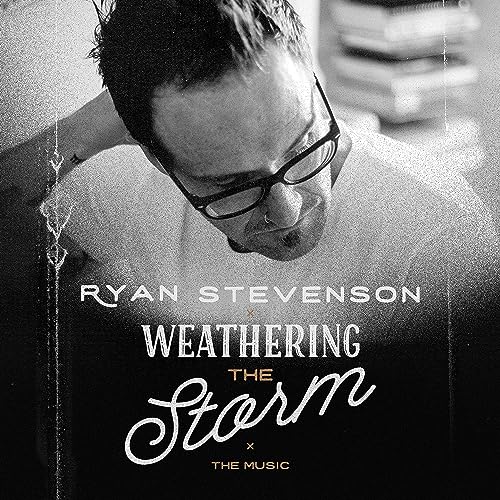 Previously singed to BEC Recordings, American CCM singer/songwriter Ryan Stevenson released his debut full length solo album Fresh Start in 2015, his sophomore album No Matter What in 2018, and his most recent third album Wildest Dreams just last year. With Ryan becoming famous virtually overnight with the smash hit “Eye Of The Storm”, and almost straight away; audiences have resonated with Ryan’s relatable style vocally and lyrically as well as a freshness to his music. Maybe it’s partly because Ryan was a paramedic before he became an artist, so he’s relatable in the way that he’s been where almost all of us have been- in a ‘normal’ job. So maybe the topics talked about in the songs Ryan has delivered to us hold more value and merit, more weight also; but regardless, Ryan has always had that uncanny knack of making us feel like he’s singing directly to each one of us. Evident in many tracks throughout these three albums, from “No Matter What”, “Speak Life”, and “The Gospel” to “Amadeo (Still My God)” and “Lift You Up”;  Ryan presents us with a slew of vulnerable offerings, that make us hard not to love his enthusiasm, passion and heartfelt melodies, even if they sound just a tad cliché. Signed to Gotee Records, the home of artists like Finding Favour, Hollyn and Aaron Cole, Ryan has now has dropped his latest EP Weathering The Storm, inspired in part by his podcast of the same name. Having released the EP of 6 songs a few days ago; these songs that are now available to the public, are sure to impact many, and there’s no denying Ryan’s heart for Jesus. So let’s dive in to find out how the singer who vocally sounds a lot like TobyMac, has found a place in our hearts.

My brother Jon reviewed “Mosaic” a while ago, and with this EP opening with that very same track, I won’t delve into my view of the song… because it’s pretty much the same. This song is pleasing and nice to the ear, but that’s about it the song hardly builds, and there isn’t that wow factor. Nevertheless, there are some heartfelt and poignant lyrics here from Ryan, as he earnestly relays to us that ‘…You shine your light through my fractured lines, nothing was wasted, You made a mosaic, a fascinating sight in my father’s eyes, a brand new creation…’; an ever-true sentiment that everything in our lives, good or bad, will be used for God’s glory and our good. “Mosiac” is a song full of cliches, and it’s not indicative of Ryan’s true songwriting. On the other hand, “When We Fall Apart”, also previously reviewed by Jon, is as good as Ryan Stevenson has ever released a song, with Amy and Vince elevating an already enjoyable and moving melody. Led by the piano, Ryan earnestly and eloquently depicts his mother’s death, and then encourages us all to outwardly show all types of feeling, concluding that ‘…it’s okay to cry, it’s okay to fall apart, you don’t have to try to be strong when you are not, and it may take some time to make sense of all your thoughts, but don’t ever fight your tears ’cause there is freedom in every drop, sometimes the only way to heal a broken heart is when we fall apart…’; while the song also speaks about longing for the day in which we can see all of our loved ones in heaven.

“Eye Of The Storm”, previously released on Fresh Start, is featured here as an acoustic version… and it is still powerful. Still a gospel flavoured story song, and inspiring piece; the melody reminds us that we can trust God in all circumstances, especially the difficult ones, as we are given hope that though our problems can break us, we won’t be broken forever. Our problems are only confined this world, and God heals, redeems, restores and makes whole in this world or in heaven. What a wonderful notion to believe and cling onto, well done Ryan for creating a compelling and timeless classic. “With Lifted Hands”, Ryan’s final single from No Matter What, is redone as an acoustic version featuring the guest vocals of former Delirious? frontman Martin Smith. There’s not much I can and will say about this similar yet different version (except that Martin Smith is one of my favourite worship leaders of all time!); and while we all may have wanted a new song on tis EP instead of this rendition of an already released track, it’s still a good thing to hear Ryan reimaging old favourites and placing a new spin on these tracks! “Through It All”, an acoustic track with Tasha Layton, is an all-new original track exclusively for this EP, and is powerfully and beautifully recorded across captivating keys and guitar. As Ryan and Tasha eloquently sing about our own mental health throughout lockdowns and quarantine, reassuring us that Jesus is going to hold us and carry us through it all, this track is one of Ryan’s best ever; while the album closer “Take Me Back” is an emotional and personal reflection of sorts, where Ryan asks God to take him back to a childlike faith, and back when his faith was simpler and much more real. It’s a prayer that we all can pray as we strive to live a live more pleasing to Jesus, and this song encourages us to examine where we are at in our own relationship with Jesus and whether it’s at where we want to be or not.

Weathering The Storm by Ryan Stevenson isn’t perfect, as “Mosiac” is a bit misplaced, both lyrically and musically (too cliché!), and the album on the whole is too short in duration and track number. But I reckon it’s great that the themes of God always being with us and that Jesus turns every hardship and tragedy into something beautiful; are the undercurrents of almost every track here. Though quickly with multiple listens, the above nit-picks become only that- nit-picks, as this release becomes more and more enjoyable with every listen, and Ryan does just enough for me to be intrigued by what may release in the future. So should you check out this EP, considering how short it is and the so-so EP opener? Yep, you still should, as we’re all different people. You may love Weathering The Storm or hate it, but one thing’s for sure, you’ll be hearing more of Ryan Stevenson in the near future as he builds upon the platform that he’s laid the solid groundwork to here.

3 songs to listen to: Through It All, When We Fall Apart, Take Me Back