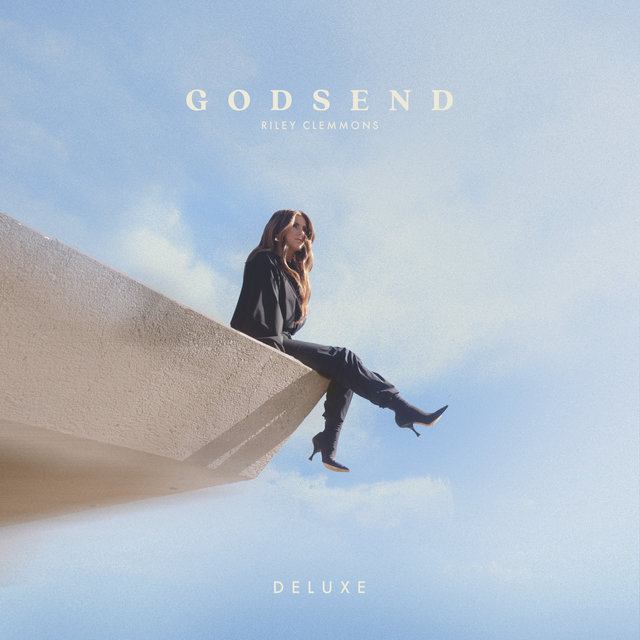 This artist doesn’t really need much of an introduction. One of my favourite rising artists in the music space right now, Riley Clemmons has released a fair number of songs that have charted radio over the years. I reviewed her new album Godsend back in June 2021, and even blogged about her impact and influence on modern music today (and hopefully impacting music of the future). And so to get that out of the way, what I will say is this (without rehashing anything that has been said in both the review and the blog post)- Riley’s impact is slowly starting to rise, and what resulted from the tremendous support for her new album Godsend is this- Riley’s release of one of her standout songs (that can possibly go to mainstream radio) ‘Headspace’ in the form of a ‘single’- the original version from Godsend, a remix of the song by GOLDHOUSE, as well as the ‘live’ version that was recorded in one take in the studio. I reviewed that single not too long ago, and the song ‘Headspace’ is fast becoming one of my own favourite tracks on Godsend. Riley also unveiled to us the single version of ‘Stuck Inside My Head’, another mainstream-esque track from Godsend, that, along with ‘Headspace’, is sure to propel Riley and her music to new heights, while also delivering the powerful K-Love-ready single ‘For the Good’, a track about being reminded that God uses all things in our lives, for the good of those who love Him, and His glory as well. Now on April Fools Day, we see Riley deliver another offering of new music of sorts (and no, this is not an April Fools joke)- Godsend (Deluxe Edition).

Standing at 17 tracks, the single versions of both ‘Headspace’ and ‘Stuck Inside My Head’ are both not present here on this deluxe edition of the album, but what is, is a pleasant surprise. I’ve already discussed Godsend at length in my review last year, so I probably won’t re-hash whatever I wrote last year. But what I will say is this- it’s at this point that because of such a big splash she has made with her debut album in 2018 and Godsend last year, it’s a no brainer to check out this new album, even if it is only for a few songs. But as I’ve probably mentioned in reviews I’ve written in the past, even though I have heard of the first 12 songs on Godsend (Deluxe), it’s still enjoyable to hear it again and be reminded of how talented and lyrically mature Riley really is. Track 13 is ‘For the Good’ (of which the review can be viewed here), and though I’ve said it once, I’ll still say it again- ‘…in such a world of calamity and chaos, we are to remember that God works everything for our good, even if we can’t see it ourselves. Basically Romans 8:28 in song, Riley offers us a declaratory anthem to assert in our own lives, especially during time as divisive as 2020 and 2021. Who are we going to let determine and dictate our lives moving forward- ourselves or God, or even the Devil? God is good, and He works things for good, and even if we can’t see it now, there will always be good coming out of something unfortunate. Always…’

Reworked versions of ‘Godsend’ the title track (featuring country up-and-comer Brett Young) and ‘Irreplaceable’ (a piano only version) are also present here on this deluxe album, and while these two versions are musically different compared to their originals- ‘Godsend’ the original is much more subdued (maybe this new version will be serviced to country radio in the near future?) while the original version of ‘Irreplaceable’ is much more rousing and declaratory; they both still carry the same message their original counterparts did last year. The deluxe album is then rounded out with two new songs- ‘All of My Days’ and ‘Everything and More’. ‘All of My Days’ takes Biblical reference from Psalm 23; and gives us comfort and assurance that all of our needs will be met, that God will give us gifts of continual goodness and mercy as we live our lives for Him and His ways on our lives. ‘Everything and More’ speaks of when everything is said and done, when fame ends, and people forget our name and what we stood for. When we’re in that stage of our lives, we hope to say that ‘…I’ve got everything and more, all my soul’s been longing for, I’ve got everything and more in You, on the mountain or the valley, no matter where I am it’s true, I’ve got everything and more in You…’, that we’ve run the good fight, and kept our eyes on the prize, not forsaking Christ along the way, and being able to say these words with faith and conviction.

Riley’s new album Godsend (Deluxe Edition) (by extension, Godsend as well) is an album full of maturity and heartfelt songs of encouragement, a powerful collection of songs that’s almost certain to allow Riley a foot in the door of mainstream music. Whether she even wants to, is a different story. Nevertheless, this is an album that’ll allow her access into music genres that maybe we didn’t expect (country, anyone?). It’s certain to make waves in CCM. But it’s also certain to make waves in other areas as well. Whatever the case, Riley has still crafted an album that will resonate with people around the world in the upcoming months ahead. Godsend (Deluxe Edition) is unique and special, and whomever hears it will be in for a real treat, from a 22 year old singer-songwriter whose music writing and singing is far beyond her years- this is a must-have for anyone who is a fan of similar Christian artists like Britt Nicole, Lauren Daigle, Francesca Battistelli or Hollyn, or even mainstream sensations like Selena Gomez, Lauren Alaina, or even Cimorelli. Well done Riley for the album. Maybe ‘Godsend’ the song as a country radio single in the future?

5 songs to listen to: For the Good, Godsend, Fighting For Me, Keep on Hoping, Irreplaceable