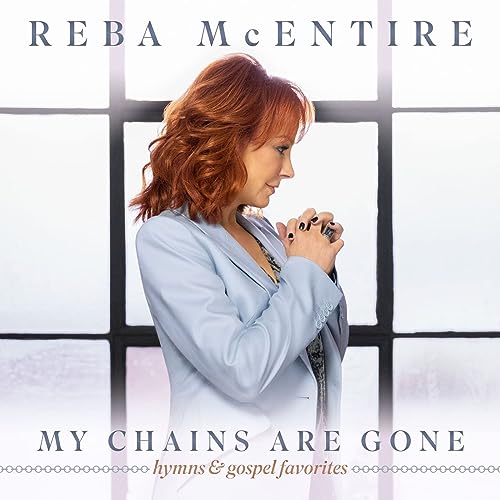 It’s coming up to Easter. In about 5 days’ time, Christians across the world will celebrate Jesus’ death on the cross. Two days’ later, the same Christians all around the world, will celebrate Jesus’ resurrection. And considering the calamitous state the world is in right now (Russia-Ukraine war, Deltacron COVID strain, the aftermath of the Will Smith/Chris Rock slap, and the impending Australian federal elections on May 21st 2022– not to mention the scandals surrounding Hillsong at the moment); Easter and our celebrating of Jesus’ sacrifice for all of us… well it couldn’t have come at a better time now, couldn’t it? There’s a lot happening in the world right now, and sometimes it’s good to unplug, worship God for His goodness and thank Him for the cross and the resurrection. What better way to do that than through music? Worship music (although that genre is cringy to me, and worship in my own opinion is a lifestyle, and you can watch Ruslan and Allen Parr speak about worship at great length in this video!), is probably a ‘genre’ of music that is most edifying to our souls. Despite all of our views on worship music, there is no doubt that songs sung to Jesus build us up. Regardless of if you sing Hillsong songs or songs from Phil Wickham, Kari Jobe, Meredith Andrews, Chris Tomlin, Tim Hughes, Matt Redman, or Crowder and/or others; worship music can change your life. And so… how about the hymns? The traditional hymns that have been around for eons and generations? The songs you think are too old or too ancient or not hip or relevant enough?

We at this site haven’t really reviewed any hymns of sorts- simply because no artist who resonates with us has recorded an album full of hymns and timeless classics. Sure, there was the Passion hymns album in 2004… but this site wasn’t operational then. I think we’ve only reviewed Carrie Underwood’s hymns/gospel album My Savior last year… and no more hymns album throughout this past 7-8 years (maybe aside from Selah albums- they include hymns in every album they record!). and what I’ve learnt from Carrie’s album was that songs that speak about God’s goodness and His love for us, but are recorded in a way that is timeless and moving and inspiring even if they were written many, many, many years ago; is that song have power beyond the years. A song doesn’t automatically become ‘bad’ because of its age, and hymns teach us that sometimes the best worship songs to God are the older ones. Now, here we are approaching Easter, and here we have another worshipful hymns album. Reba McEntire’s My Chains Are Gone: Hymns And Gospel Favorites is an album that inspires, comforts, heals and ministers to our soul. It’s an album that isn’t the most flash nor hip nor current. But just like how Reba has shown us throughout the years, it is her passion, enthusiasm, dedication and love for Jesus, that has encouraged us to revisit the hymns and the timeless classics. Reba’s hymns album doesn’t reinvent the wheel, but it is a solid and dependable project that should please fans of most types of music.

Now I’m not the most avid Reba listener. I will listen extensively to her music when I blog about her later on this year. But for essentially a first-time listener, what I have heard is pretty good. Sure, Reba’s vocal range isn’t that wide like Josh Groban, Kelly Clarkson, Carrie Underwood, Bart Millard (from MercyMe) or Mark Hall (from Casting Crowns). However, Reba’s voice doesn’t need to be, because that country southern twang and her intense passion and love for God is more than enough to create a career full of smash hits and inspiring melodies. With Reba previously recording a hymns album back in 2017 (Sing It Now: Songs of Faith & Hope); her 2022 album comprises of 7 songs from her 2017 album (double-ups… not re-recordings!) as well as 5 brand new tracks. And thus, if you’ve listened to the 2017 album, then this album may not be that ground-breaking than first envisioned. Still, these melodies are welcome during this time and throughout the Easter period and beyond, it’s inspiring and encouraging and powerful to hear Reba sing the classics- it just makes you feel good, and these songs are theologically sound as well.

I won’t be ‘reviewing’ this album in depth, simply because these songs have been heard before, in some shape or form. Also, these songs are hymns- what more can you say about tracks that have been reviewed countless times anyway? “I’ll Fly Away”, “Jesus Loves Me”, “Oh, How I Love Jesus”, “When The Roll Is Called Up Yonder”, “In The Garden / Wonderful Peace” (with The Isaacs), “How Great Thou Art” and “Softy And Tenderly” (with Kelly Clarkson & Trisha Yearwood) have all been recorded 5 years ago (and are still as poignant, heart-warming, reflective and contemplative as ever!), while Reba has also recorded new hymns in “I’d Rather Have Jesus” (George Beverly Shea), “Because He Lives” (Bill Gaither) and a piano version of “The Lord’s Prayer” (Sister Janet Mead). Yet to me it is the acoustic version of the original melody “Back To God” (with Lauren Daigle) and the cover of Chris Tomlin’s “Amazing Grace (My Chains Are Gone)” that inspires me the most, and has me worshipping God the most as well. These two are standouts amongst an already inspiring worshipful hymns album, and reminds us all the bigger production and flashier music isn’t always better music.

Reba McEntire’s My Chains Are Gone: Hymns And Gospel Favorites isn’t a perfect album. Perhaps, Reba’s 2017 album Sing It Now: Songs of Faith & Hope may be more complete, and maybe Reba should’ve recorded all new hymns for this release. I mean, songs like “Blessed Assurance”, “Holy, Holy, Holy”, “Jesus Paid It All”, “It Is Well”, “Hallelujah For The Cross”, “In Christ Alone”, “I Surrender All”, “All Hail The Power Of Jesus’ Name”, “Just As I Am”, “Fairest Lord Jesus”, “The Wonderful Cross”, “The Solid Rock”, “Come Thou Fount”, “The Old Rugged Cross”, “Great Is Thy Faithfulness” and “Grace That Is Greater” are all songs that could’ve been recorded by Reba- and could’ve enhanced this track listing infinitely. As it stands however, this release is solid but not spectacular. However, My Chains Are Gone: Hymns And Gospel Favorites is also soothing, compelling, encouraging and worshipful. Reba isn’t the most vocally brilliant artist. But having her sing these songs places the focus back on Jesus. Maybe that’s all that matters. Don’t we all need more Christ-centred worship albums these days?

3 songs to listen to: Amazing Grace (My Chains Are Gone), Softly And Tenderly, Back To God (Acoustic)