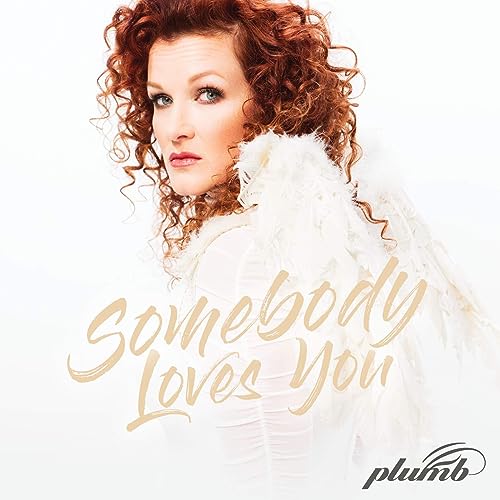 Tiffany Arbuckle Lee (aka Plumb) has had a remarkable and a long-lasting career so far since her debut in 1999…and she’s not finished yet! Releasing her comeback album Need You Now in 2013 after an extended hiatus, and also a deluxe edition of the same album in 2014; in 2015 Plumb unveiled her new worship project Exhale and last year released her Centricity Music debut Beautifully Broken. Establishing herself as one of Christian pop/rock’s most creative and passionate artists, and personally one of my favourite female artists; Plumb is showing no signs of slowing down, despite her time away from the stage. Already achieving what many artists would consider a dream, including many hit #1 songs (“Hang On”, “Cut”, “I Don’t Deserve You”, “In My Arms”, “God Shaped Hole”, “Stranded”, “One Drop”, “Need You Now”) and albums in the Christian, mainstream and the dance markets, a long time successful song-writing partnership with Matt Bronlewee, as well as plenty of airplay of songs in movies and TV (One Tree Hill, The Vampire Diaries, Bruce Almighty, Evan Almighty, The Nativity Story); Plumb’s accomplishments are nothing short of extraordinary and out of this world.

Plumb has also been through a lot personally with her separation from her husband Jeremy and subsequent reconciliation being the main focus of her book Need You Now: A Story Of Hope; and how Jesus put the broken marriage back together again. It’s no wonder why since then, Plumb has shifted to recording more and more personal material. In fact I reckon Beautifully Broken was Plumb’s most personal album yet. One of the songs that struck me as being possibly her most vulnerable since 2013’s “Need You Now”, is “Somebody Loves You”- and Plumb possibly reckons that the public would love if it was reimagined; because the track is now a single, and has been released as a radio version and a live version from Ocean Way Studios.

With this ‘new’ song “Somebody Loves You”; the writing is top notch- the theme is the fact that no one is far enough from God’s love and acceptance, that even though we may not be able to understand what someone is going through, and even if we may not be able to change the person; God sees through their brokenness and messy lives, and just loves them all the same; just the way they are. While sometimes we can and should admit that we’re broken and in need of a Saviour, which can be and usually is very freeing; what the acoustic ballad that is “Somebody Loves You” reiterates to us and points out, is that knowing that someone loves us as we are, is probably all it needs for us to keep on going at life. Possibly inspired by the parable of the lost son, Plumb’s hopeful melody is destined to change someone’s life, as we all remember that even if the whole world doesn’t love us, Jesus can, and Jesus does. Freeing and comforting, isn’t it?

With one more version being included on this short but impacting EP (a live acoustic version including a cello; and sung at Ocean Way Studios!), Plumb has given us a new version of an already inspiring melody- and one that is sure to garner attention from listeners and critics alike. Plumb’s prowess as a songwriter and singer is one of the best in the industry right now, and with such a smorgasbord and myriad of relevant topics explored and musical genres delved into throughout her career; you could do no wrong in checking out Plumb’s music, as there is something for everyone in her discography! As with “Somebody Loves You”, you are guaranteed to be changed, as we fully understand the concept of God loving us despite…well, everything we have or haven’t done. Until Plumb’s next album whenever that arises, we can enjoy all of her most recent material (which is as strong, if not more-so, as her earlier material!); and if “Somebody Loves You” is anything to go by, then we can be sure than Plumb will wow us in 2019, and also be present on WOW Hits 2020!

One thought on “Plumb – Somebody Loves You (Single)”