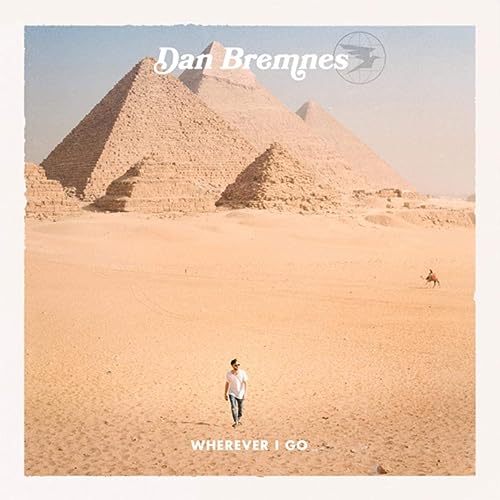 “…the latest record, the inspiration behind it is basically living a life of faith, instead of fear. I think it’s really easy for us to sit at home and stay safe – it always seems like a good idea to take the safe route, but that’s not always what faith is about. I kind of bring it all back to Joshua 1:9 – “Be bold and courageous. Don’t be afraid, don’t be discouraged because God goes with you wherever you go.” Knowing that kind of truth, should be the kind of truth that gets us up off the couch. The kind of thing that makes us take the hard route, rather than the easy route – or as the Bible says, “the narrow road, rather than the wide one.”…” Every now and again, an artist comes along that blows you away, in every facet. Song-writing, musicianship, energy, passion, humbleness, heart for Jesus, relatability to the audience, authenticity… and Dan Bremnes is one such artist. He released his label debut Where The Light Is in 2015, his Word Label Group debut Wherever I Go last year, his brand new single “Thunder” a few weeks ago, and now his latest offering “Weakness” a few days ago. A few years ago I wrote a pretty good intro to my review of Where The Light Is, and Jon wrote an extensive intro as well for his review of Wherever I Go- so let me point you to those reviews here and here for you to read before you check out my thoughts on “Weakness”. But before we get down to how the song sounds and the meaning behind the short but impacting and explosive 2 minute admission of fault and prayer; let me just remind you all that Dan is one of the most passionate and dedicated artists out there at the moment, in my humble opinion!

“Weakness” may be only 2 and a half minutes long, but what it lacks in minutes and seconds, makes up for in content. Dan is as emotional and hopeful in this track as any other I’ve heard of his, as we are met with a realisation that sometimes things in life can hold us down, such as fear or any type of weakness we’ve subconsciously allowed to have a hold over us. Yet Dan encourages us here, letting us know that if we rely on Jesus, then all of our adversity can and will be beaten. Maybe not in our timing, but it definitely will. And that’s a promise we can hold onto. Though not explicitly about Jesus, “Weakness” is probably one of the most inspirational melodies I’ve heard all year. Pop in nature, and maybe a single in the near future; this song and “Thunder” hold Dan in good stead for the next EP coming up, to be released in April 2019.

We may not ever know why Dan Bremnes split from Capitol Christian Music Group. However, it’s evident that he’s enjoying his time at Word- and “Thunder” and “Weakness” are both evidence of this. According to this new interview with Jesus Freak Hideout, there is definitely new music around the corner from the lovable Canadian; so let’s sit back and allow God to minister to us, and rid ourselves of any weakness we may be letting have control over us!